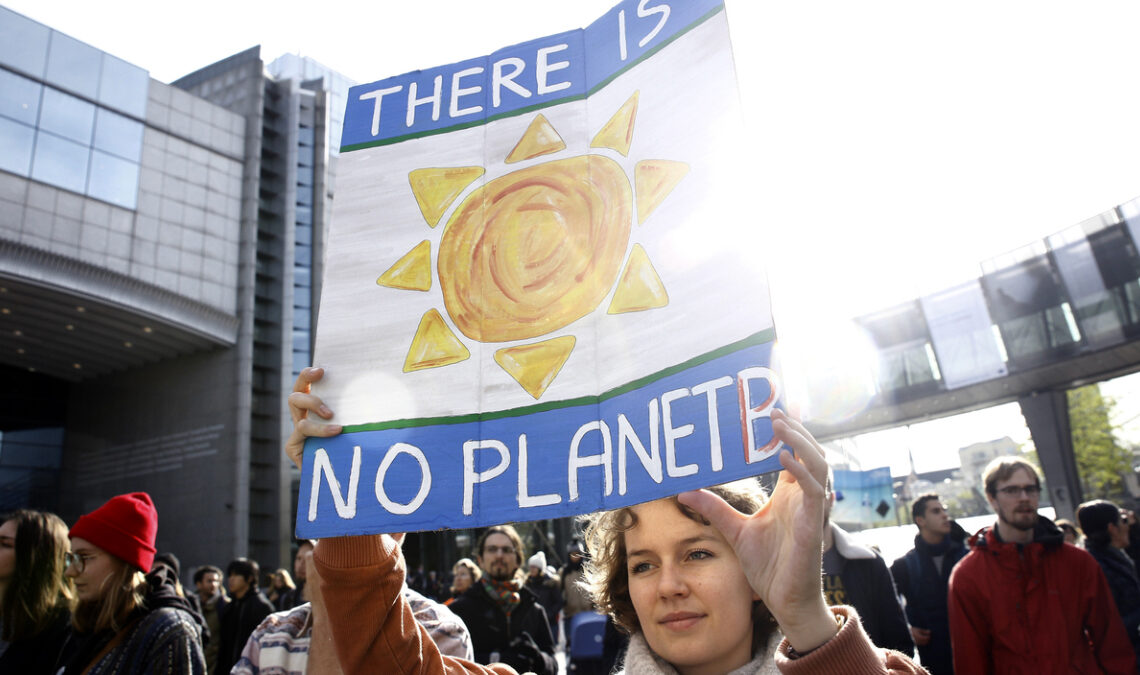 UC San Diego School of Global Policy and Strategy finds that American credibility on climate change is lagging behind other regions, especially Europe

Much of the world’s efforts to mitigate the effects of climate change hinge on the success of the landmark 2015 Paris Agreement. A new Nature Climate Change study is the first to provide scientific evidence assessing how effective governments will be at implementing their commitments to the agreement that will reduce CO2 emissions causing climate change.

The research reveals that the countries with the boldest pledges are also the most likely to achieve their goals. Europe takes the lead with the strongest commitments that are also the most credible; however, findings suggest the U.S., despite having a less ambitious commitment under Paris, is not expected to meet its pledges.

The study from the University of California San Diego’s School of Global Policy and Strategy integrates a novel sample of registrants of the Conference of Parties (COP), consisting of more than 800 diplomatic and scientific experts who, for decades, have participated in climate policy debates. This expert group was important to survey because they are the people “in the room” when key policy decisions are made and therefore in a unique position to evaluate what their countries and other countries are likely to achieve.

They were asked to rate member nations—their own country included—to gauge pledge ambition, which is how much each country has pledged to do to mitigate global warming, in comparison to what they feasibly could do, given their economic strength, to avert a climate crisis. They also were asked to evaluate the degree to which nations have pledges that are credible.

“The pledges outlined in the accords are legally non-binding, thus the success of the agreement centers around confidence in the system that when governments make promises, they are going to live up those promises,”said the study’s lead author David Victor, professor of industrial innovation at UC San Diego’s School of Global Policy and Strategy and co-director of the Deep Decarbonization Initiative.

Victor added, “Our results indicate that the framework of the agreement is working pretty well. The Paris Agreement is getting countries to make ambitious pledges; last year nearly all countries updated those pledges and made them even more ambitious. What’s needed next is better systems for checking to see whether countries are actually delivering what they promise.”

A subset of survey responses from eight countries plus the EU were selected for being most relevant to climate mitigation policy. They rate Europe’s goals as the most ambitious and credible. Europe is followed by China, Australia, South Africa and India. The U.S. and Brazil come in last place in the credibility category and second to last, after Saudi Arabia, in terms of ambition.

Surveys where respondents were asked to rate their home country were categorized by continent to elicit the most candid responses possible. In this analysis, experts from North American countries were the most pessimistic about their pledges, both in their drive and ability to achieve climate goals in the agreement.

“The benefit of this data set is that diplomatic and scientific experts have the best working knowledge about political and administrative realities of their home country,” Victor said. “It is difficult to get empirical information on national laws and regulations and climate change policy in particular is highly complex. To truly gauge the success of the Paris Agreement, you need to incorporate the judgement, intuition and expertise from those with real-world experience negotiating these policies.”

He added, “from all the responses, it’s clear the U.S. is clearly in trouble—even with the recent Inflation Reduction Act being signed into law, which happened after our study ended. While the legislation is a big step in the right direction, it doesn’t deliver the same investment many other counties have already committed. I think the major questions our study raises are ‘how does the U.S. boost its credibility’ and ‘why is credibility a problem.’”

Victor, also a nonresident senior fellow at the Brookings Institution, and co-authors did a statistical analysis of the data set and found nations with more stable governments are more likely to have bold pledges that are highly credible.

The authors find China and other non-democracies are expected to comply with their pledges not simply because many of them have less ambitious pledges, but because they also have administrative and political systems that make it easier to implement complex national policies needed to align their countries with international commitments. In addition, China is on track to achieve its goals due to the country’s economic downturn.

The rationale that leading policy experts cite for why their countries are making and honoring their pledges varies a lot. For the wealthier countries, the key rationale is climate change. For most of the rest of the world—including the developing countries that are most vulnerable to climate change—experts cite the need to address air pollution and opportunities to grow their economies through climate action as a major driver.

The UC San Diego contribution to this study is part of the university’s Deep Decarbonization Initiative. The other authors on the paper are Marcel Lumkowsky and Astrid Dannenberg, both of the University of Kassel. Dannenberg is also affiliated with the University of Gothenburg.

The study “Determining the credibility of commitments in international climate policy” published in Nature Climate Change, can be found on this link.