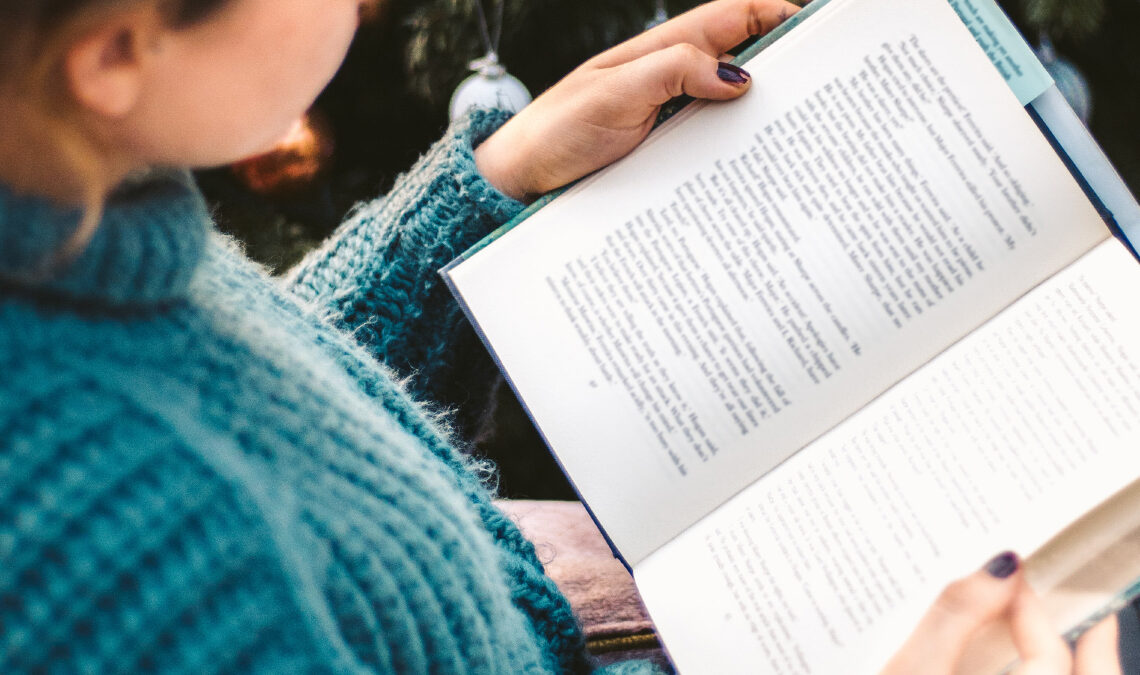 Check out our faculty’s picks for their favorite recent read, from a revelatory book about the pre-Columbus Americas to one focusing on the creative process of songwriting

Though San Diego boasts sunny weather and mild temperatures year round, we can still feel a bit of a nip in the air as the days grow shorter and winter reaches coastal California. And while we aren’t exactly forced indoors due to inclement weather, you may still find yourself this season curled up with a blanket, cup of hot tea in hand, looking for your next great read.

Faculty at the UC San Diego School of Global Policy and Strategy (GPS) weighed in on the books that have captured their attention recently, so consider adding their picks to your winter reading list!

Saunders is one of my favorite fiction writers, especially his short stories. I find him funny, surreal and wise.

“The Man from the Future” by Ananyo Bhattacharya

This is a fascinating biography of John Von Neumann, with a rich intellectual history of 20th century math, computer science and game theory.

“Enigma of Reason” by Hugo Mercier and Dan Sperber

This is an evolutionary take on human reason and reasoning that recasts what we’ve been led to believe based on the “dual process model” popularized by Daniel Kahneman and others.

“1491: New Revelations of the Americas Before Columbus” by Charles Mann

Just in time for Thanksgiving, I finished Charles Mann’s “1491: New Revelations of the Americas Before Columbus,” which summarizes recent scholarship on native peoples living in the Americas before contact. Turns out that most of what I learned in high school history was wrong.

I’m also rereading the book of Genesis in Hebrew. I like all their work.

This year I discovered American writer Laura Hillenbrand and read her books “Seabiscuit” and “Unbroken.”

Hildebrand’s style is immersive. One gets emotional with the narratives on horse races. She puts you in the jockey seat. The book also dwells on Tijuana and its Agua Caliente racing course, which became huge when California banned alcohol and horse race betting.

On the other hand, “Unbroken” is one of the best books I have read on World War II so far. It’s the story of extraordinary physical and emotional endurance and an outstanding biography of a U.S. hero: a world class sprinter and survivor of some of the worst atrocities that occurred in the Pacific named Louis Zamperini.

Finally, there are two extraordinary and well researched biographies of Donald Trump I highly recommend: “The Presidency of Donald J. Trump: A First Historical Assessment” by Julian Zelizer and “Confidence Man” by Maggie Haberman.

I’ve had a great time reading Hilary Mantel books. She is a British writer who, sadly, recently died. She wrote a number of amazing historical novels, among them a remarkable series on Thomas Cromwell, a major minister of Henry VIII and ancestor of Oliver Cromwell of the 17th century. I read the first two volumes, “Wolf Hall” and “Bring Up the Bodies,” and now I’ve read the final volume, “The Mirror and the Light.” I also read “A Place of Greater Safety,” which is about the French Revolution. Mantel is remarkable in her construction of the relationship among the participants, in imagining their dialog and in their interaction as people.

I just finished “Namamugi Incident: The Murder that Sparked a War” by William de Lange. It’s about a little-known incident in which a British merchant was killed by a samurai guarding a feudal lord’s procession at the very end of the Tokugawa Shogunate, leading to British military retaliation against his domain. The incident was eventually defused without further fighting, but its origins and consequences have often been misinterpreted, and this book is the most comprehensive I’ve seen on the incident.

I’m in the middle of reading “Night Train to Lisbon” by Pascal Mercier, an intriguing novel about a Swiss linguist who gives up his boring life as a teacher to follow a Portuguese woman to Lisbon. There he immerses himself in the quest for the full story of a physician in the resistance under the repressive authoritarian Salazar regime years before.

This quarter, I’ve been reading books related to creativity and there are two that I have especially enjoyed.

“The Idea Factory: Bell Labs and the Great Age of American Innovation” by Jon Gertner

I read this in grad school, and am so happy that I reread it. It covers the entire history of Bell Labs, including the invention of the transistor, information theory, communications satellites and mobile communication, and it goes into depth on the lives and experiences of the truly fascinating researchers as well as the organization and management of the labs.

“How to Write One Song” by Jeff Tweedy

This is a quick and fun read. The primary focus, as the title suggests, is on songwriting specifically, but much of the advice is useful for other creative pursuits. Tweedy also discusses his experiences with creativity and why he thinks it’s so important for humans to pursue it. My favorite quote from the book is “creating something with no ambition other than to get something off our chest might be the purest thing anyone can aim for.”

When I was young, a lot of people — including nearly all environmentalists — were obsessively worried about a population explosion. Today the fears have shifted, and we are on the cusp of not having enough people on the planet, especially young people. This thoughtful book by two Canadian analysts doesn’t break much new ground but lays out the arguments cogently and waves a flag for Canada’s approach: immigration policy aimed at attracting skills.

By GPS Media
6 Mins read
The annual United Nations climate conference (COP) has ballooned over the years into a massive climate festival: nearly 50,000 people — an all-time record — taking part in the rituals of formal diplomacy and, in parallel, a flashy climate change expo. So what came of it?
CommunityPhilanthropy

By Christine Clark
3 Mins read
Beginning his support to the campus in 1975, Kwan So was an early advocate for UC San Diego and helped grow its research scope and influence in international relations and China studies