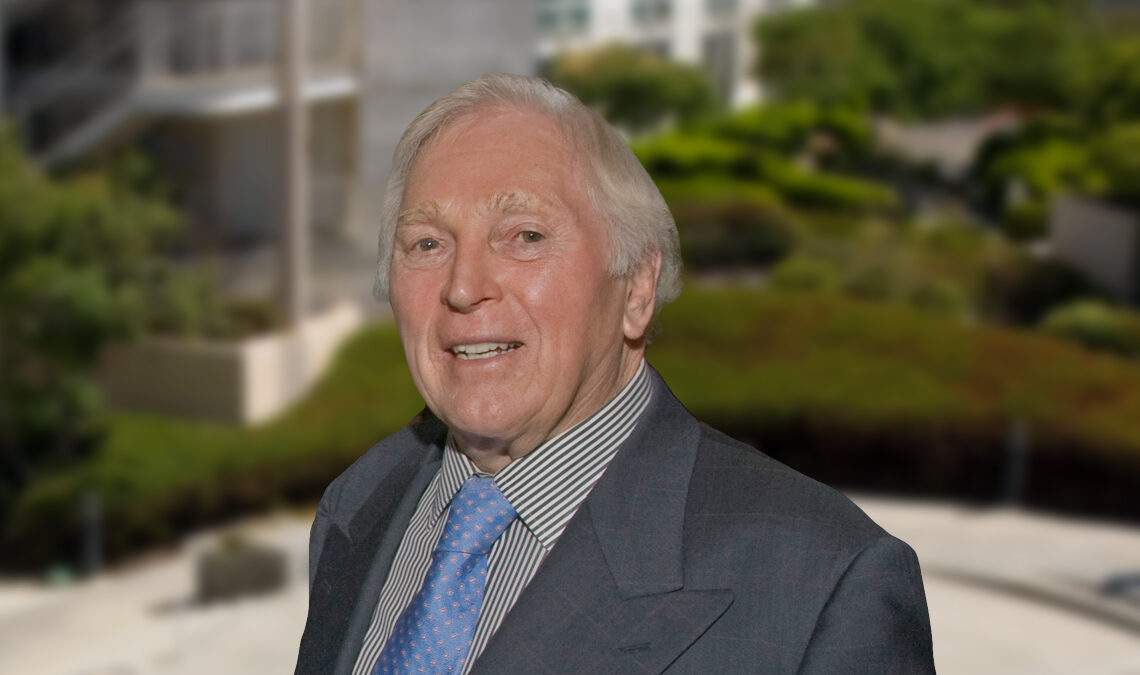 As the UC San Diego School of Global Policy and Strategy (GPS) enters an exciting new era of expansion and growth, the school also recently lost a visionary who helped set the foundation for its success. Lawrence “Larry” B. Robinson, a local lawyer, businessman, judge and longtime supporter of GPS, died in August.

While GPS was still under construction in 1986, Robinson donated $2 million to support the newly established institution, then the School of International Relations and Pacific Studies (IR/PS). The gift served not only as strong validation of the new school’s unique mission and focus on the Pacific region, but it also provided the footing on which the fledgling school was able to meet many of its new programmatic needs.

“We were deeply saddened by the loss of Larry Robinson,” said Dean Caroline Freund. “He was a visionary supporter who played a significant role in positioning GPS to become one of the top schools in the world for international relations.”

Robinson’s initial gift helped establish the Dean’s Discretionary Fund, which continues to help the school take advantage of bold, innovative opportunities as they arise. GPS named several facilities in honor of the generosity of Robinson, and his then wife Ewa, including Robinson Hall and the Lawrence and Ewa Robinson Building Complex, which won multiple design awards such as the Award of Merit by the American Institute of Architects California Council in 1991.

“Larry was such a wonderful supporter of the school for so many years,” said Peter Gourevitch, founding dean and professor emeritus. “His curiosity and interest, combined with generosity and warmth, inspired many and we are so grateful to him for being a ‘risk taker,’ an ‘early mover’ in betting on us when we were little known. His contributions helped us become a successful school.”

“Larry and I served for many years on the International Advisory Board. He was one of the original members in 1986,” said Binkley. “His generous philanthropy, kindness and compassionate spirit infused everything Larry did – from his personal interest in post graduate education and the increasing strategic importance of the Pacific Rim. His was the quiet voice at the table, but when he spoke, all listened.”

“I am incredibly grateful to the Robinson family for the Robinson Fellowship,” said Chang Cohen. “It allowed me to finish my master’s degree at UC San Diego without taking on student debt, which can be punishing for young professionals as they build their career and their families. That absence of debt eventually allowed me to pursue my dream of pursuing a doctorate and entering the world of academia. I received my Ph.D. in political science at UC Berkeley.”

Chang Cohen is a continuing lecturer in the Interdisciplinary Social Science Program at UC Berkeley, focusing on political economy and global studies.

Robinson also established the Robinson Summer Opportunities Endowment, which supports GPS students who complete intensive internships during their first and second years. These internships are an integral part of the GPS experience, offering students the chance to put their education in action and gain hands-on experience conducting research, shaping public policy and engaging in public service.

As the years went on, Robinson and his wife Cathy always enjoyed meeting with the students who had benefited from his support at GPS. Many expressed that without their fellowship support, their internship experiences might not have been possible. Gustavo López, a 2020 graduate of the MPP program, expressed deep gratitude for his internship support.

“Thanks to Mr. Robinson’s generous donation, I was able to travel to Berlin, Germany, and work with the International Organization for Migration,” said López, who now works as a senior associate at Policy Link, a national research and action institute advancing racial and economic equity.

“I spent my time focusing on migration policy and migration data and working with the UN migration agency’s data center was an incredible experience,” he said. “I was able to apply and connect the teachings and skills from GPS and my own personal experiences as an immigrant to global migration issues. This internship was a real application of the skills developed in the program.”

As the GPS community reflects on Robinson’s incredible impact at the school, we are resolute in continuing the trailblazing legacy he left. To learn more about supporting endowed student fellowships or the GPS summer internship program—just as Robinson did—please visit our giving webpages.

GPS and its faculty, students, friends and supporters all look to the future with optimism that together, we can address some of the world’s most pressing issues on the global stage.

By Virginia Watson
5 Mins read
In a timely webinar, researchers on democracy, world economics and military strategy explore the implications of the ongoing invasion
CommunityEventsResearch