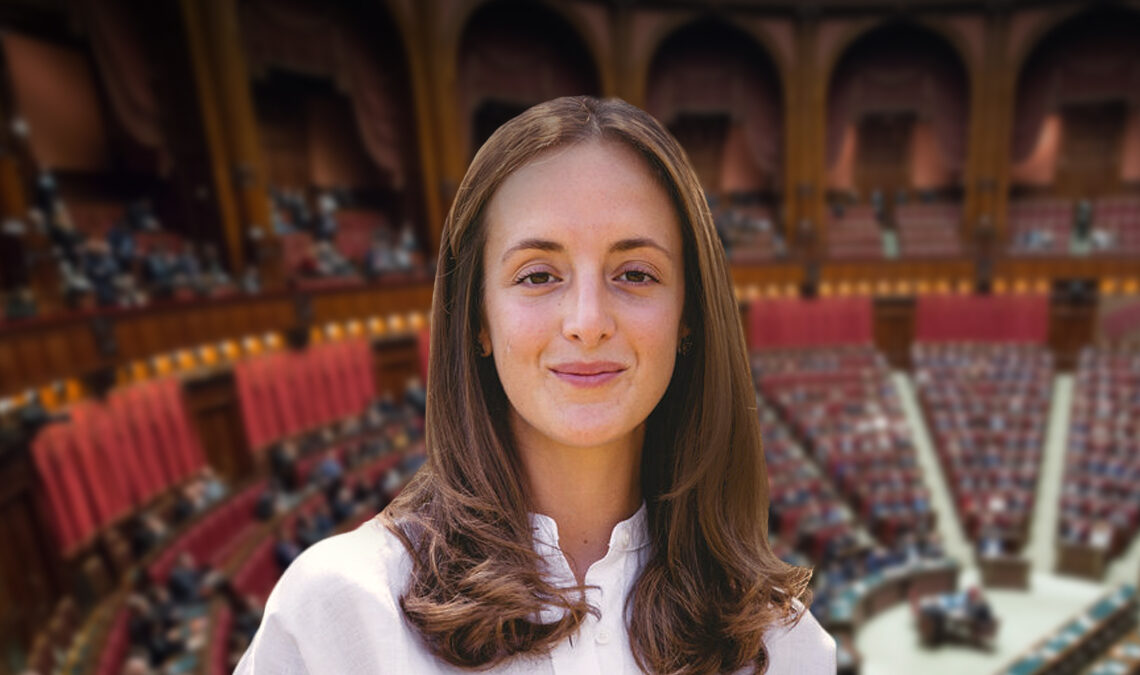 GPS assistant professor Maria Carreri explains her latest papers, spanning local politics issues from the U.S. to Italy and Colombia – and how her award-winning research is ‘tightly linked’ to her classroom

Maria Carreri, assistant professor at the UC San Diego School of Global Policy and Strategy (GPS), was recently awarded the 2021 Susan Clarke Young Scholar Award. The honor is given by the Urban and Local Politics Section of the American Political Science Association to pre-tenure faculty for their contribution to the field of urban and local politics.

The award committee wrote that they were “extremely impressed with the work [Carreri has] done already, as well as with the innovative research methods and data collection efforts that [she is] bringing to the field of local politics.”

Carreri’s work – especially relevant in the current political climate – highlights the importance of understanding the dynamics of politics at all levels, including local politics.

“I was deeply honored to receive the award, and I am grateful to the community of scholars studying local politics in the U.S.,” Carreri said. “They have welcomed me to their conferences over the past couple of years, and it has been fun, rewarding and generated great collaborations.”

Carreri’s work in the political economy and urban politics fields continued in her recently published paper, “Can Good Politicians Compensate for Bad Institutions? Evidence from an Original Survey of Italian Mayors,” a topic Carreri has been examining since starting at GPS in 2019.

Right now Carreri is actively working on another aspect of U.S. political economy. In the working paper titled “Municipal Reform and the Socioeconomic Integration of Immigrants: Evidence from De-Anonymized Census Data,” co-authored with Julia Payson at New York University and Dan Thompson at UCLA, she studies Progressive Era reforms and their impact on immigrant communities across U.S. cities.

“In this paper, we bring new data to bear on a classic and once hotly debated question in urban politics: did the Progressive Era reforms, widely adopted across U.S. cities at the turn of the 20th century, hurt the socioeconomic standing and intergenerational mobility prospects of immigrants vis-à-vis natives?” Carreri said.

And Carreri’s research hasn’t stopped there, nor has it been limited to politics in Italy or the U.S. She and co-author Luis Martinez at the University of Chicago have a working paper examining the economic and political effects of fiscal rules in Colombia.

In this study, Carreri and Martinez showed that incorporating a fiscal rule was “highly effective at reducing operating costs and the probability of a current deficit,” indicating that “fiscal rules can improve political agency in settings, like Colombia, with weak political parties and limited career concerns for local politicians,” the study reads.

Carreri’s research is “tightly linked,” she said, to her classroom. In the winter term, she will be teaching the MPP capstone Quantitative Analyses of Public Policy Issues, Local Political Economy and Urban Politics, the latter of which is an undergraduate class for International Studies Program (ISP) students.

“The material of all these classes is related to my research so it’s what I am passionate about,” Carreri said.

In Quantitative Analyses of Public Policy Issues, the MPP capstone course, Carreri said she focuses on causal inference and often uses her own papers and data as examples of applications of specific econometric methods.

“As an empirical scholar, I find it very useful to dissect and digest an abstract concept by studying different practical subjects,” Carreri said. “It’s my favorite way to learn, and I think it is also more valuable to the students.”

For every class Carreri teaches, she requires students to create a final research project.

“The process of seeing a project start as an idea and reach fruition at the end of the quarter is so rewarding and, honestly, fun – plus the final student projects are always more and more impressive each year,” she said.

“Teaching has been incredibly rewarding so far,” Carreri said. “I can’t wait to teach GPS students in the winter!”

Personality vs Institutions: Do leaders matter?