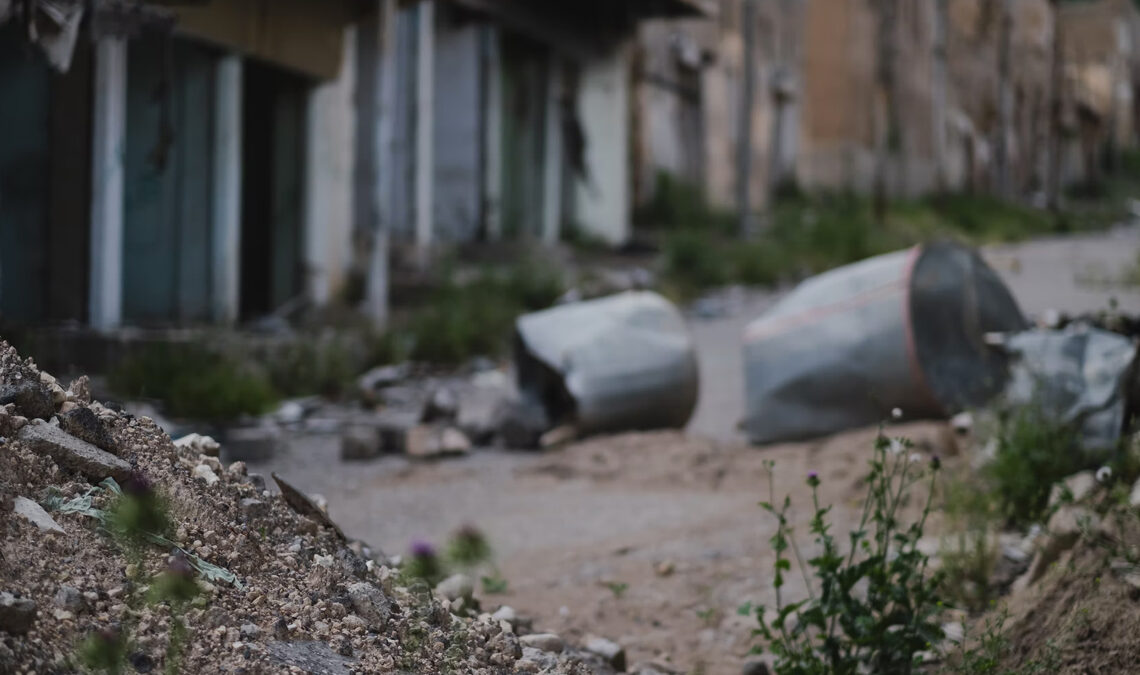 Early on a February morning in 2006, one of the holiest sites in Shi’a Islam — the al-Askari Shrine in the Iraqi city of Samarra — was bombed. As a result of the incident, violence spread throughout the whole of Iraq. With an estimated 1,000 killed and up to 168 mosques attacked in just the few days after the bombing, former CIA Middle East specialist Reuel Marc Gerecht told CNN at the time that “this is the most dangerous event that has occurred since the fall of Saddam Hussein.”

As the country was awash in turmoil, UC San Diego International Relations and Pacific Studies (IR/PS) alumnus Tom Cooney, MPIA ’00, was serving as chief of the political section for the U.S. Department of State’s Regional Embassy Office in Al-Hillah, Babil province, which covered five provinces south of Baghdad. As the country fell into widespread violence, Cooney led U.S. and Iraqi staff in reporting on the unrest, organizing situation reports for the U.S. Embassy every few hours for days until the fighting calmed.

Cooney credits his graduate education at IR/PS with helping to prepare him for the challenges that come with a career in national and international security. “My IR/PS education helped shape me to be successful in the state department, allowing me to cover a wide range of political-military issues,” he said.

Working in Iraq from 2004 – 2006, Cooney served as a U.S. Department of State leader, first as the lead officer for the State Embedded Team (embedded with the military) and the foreign policy advisor to the senior coalition military commander in the province of Karbala. In 2005, he assumed his role as a political section chief in Al-Hillah. He also cochaired the provincial support team in Karbala, an interagency U.S. body composed of civilian and military organizations that coordinated with the Governor and other Iraqi officials on construction projects.

Today, Cooney is based in Washington’s Department of State offices, where he is a foreign affairs officer in the Bureau of Political-Military Affairs, serving as lead officer for strategic planning and policy for a range of civil-military issues: from cyber security to Western Hemisphere defense planning.

“Throughout my career, I have been able to apply what I learned in San Diego,” Cooney said. “Academically, IR/PS was very rewarding. The classes were practical and stimulating, including the toughest ones like Professor [Richard] Feinberg’s foreign policy making course.”

Cooney also counts the school’s strong alumni network as a key to his success. “I have remained good friends with many of those I met at UC San Diego,” Cooney said. “The alumni network has proved to be very useful. It is a network you can rely on when you are looking for a job, or simply wanting to make connections or learn about an industry. It was very useful to me, and I know it has been useful to many of my classmates.”

In an effort to keep programs and initiatives at IR/PS growing and thriving, Cooney makes regular gifts to the IR/PS Excellence Fund, which is used by the dean to meet the graduate school’s most urgent needs.

“I got a lot out of my degree, and it was an excellent bargain,” he said. “UC San Diego is a public university, and taxpayer dollars helped support my education, so I am trying to pay back some of that.”

With an appreciation for the quality of education offered at University of California campuses, Cooney recently returned to school to earn his executive MBA from UCLA’s Anderson School of Management. Despite the fact that he is juggling school with his work in Washington, Cooney still consistently dedicates his time and resources to supporting IR/PS.

“We got a top-notch degree,” he said. “And I know any donations make a difference. I believe it is a smart investment to keep IR/PS strong.”