Charting the future of global trade 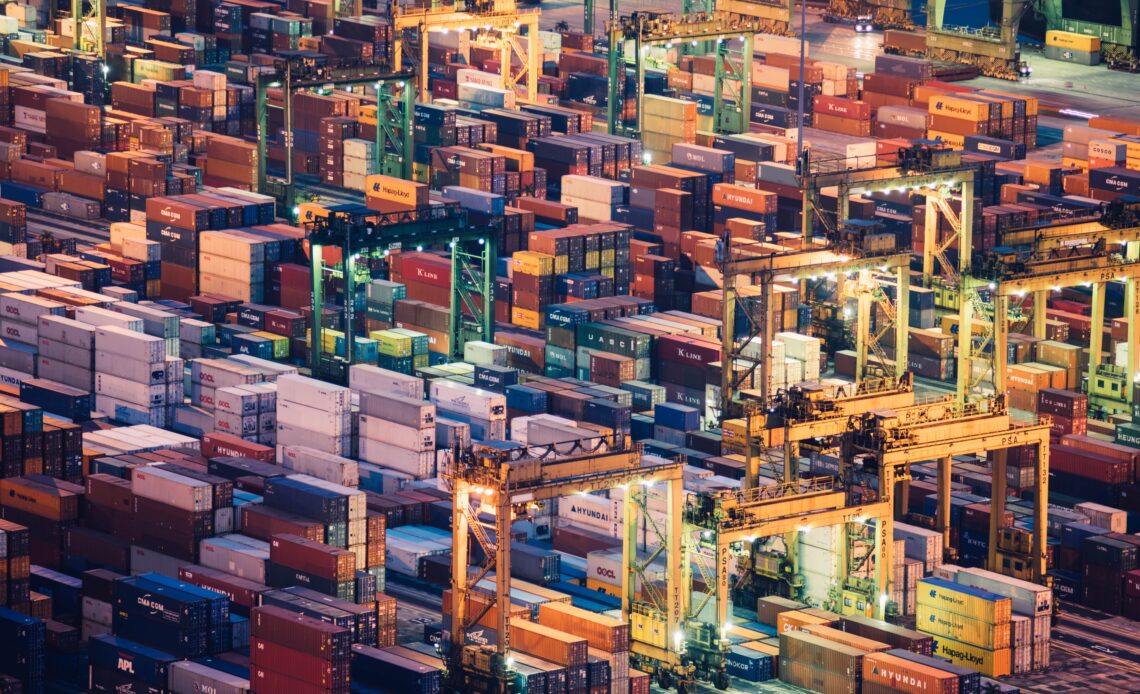 Academics and business leaders discussed the future of global trade at the Center for Commerce and Diplomacy conference held Feb. 22 and 23. | Photo: Unsplash
PDFPrint

Center for Commerce and Diplomacy conference draws together leading minds, including the prime minister of Jamaica and the former CEO of General Electric, to chart a course for the next era of international integration putting domestic needs, climate change and national security front and center

What is the future for the global trading system? A number of the world’s leading thinkers and economists discussed just that as part of this year’s Center for Commerce and Diplomacy (CCD) conference. Hosted virtually, the conference took place Feb. 22 and 23 and brought together academics, policy analysts and business leaders who have a front row seat to the shifting global landscape. Research-based proposals to redesign the institutions that facilitate the increasingly intertwined global economy were debated and analyzed.

Twin crises of the pandemic and climate change

Bowen’s discussion with Holness on Feb. 22 focused on the global economic impacts of two concurrent crises: the coronavirus pandemic and climate change.

“The pandemic is still the backdrop for everything that we do,” Holness said. “The pandemic and climate crisis have changed the economic context, and the two crises need to be addressed simultaneously. Both overlap and are rooted in human activity. Both are inherently global in nature and require strong global responses.”

Holness said that although emissions in 2020 dropped because of the pandemic and related economic slowdown, many expect emissions to rise to even higher levels once the global economy begins to recover. Jamaica is one of a number of island nations directly impacted by increasingly more common extreme weather events that can be attributed to climate change, including two tropical storms in 2020 that caused significant destruction in the country.

“From a fiscal point of view, this damage makes it difficult to keep your budget on track,” Holness said. “We’ve had to restructure the way we put our budget together to set aside resources as self-insurance for these types of weather events you can’t plan for. These ‘once in 100 years’ events now seem to happen every 10 years.”

One of the changes Holness’ administration has implemented is to create a division within the Ministry of Economic Growth and Job Creation that deals specifically with climate change and how to incorporate climate policy in every aspect of governmental action.

“Their job is to understand this new climate landscape, to participate in global climate diplomacy, to have a presence in the forum where decisions are being made and to bring that back to the country so it feeds into our activities here,” Holness said. “They ensure that whatever we are doing, climate is mainstream. If we’re doing an infrastructure project, for example, what are the climate risks to the infrastructure we have?”

Holness notes that island nations like Jamaica “stand to bear a greater cost of climate change while contributing very little to the problem.” Developed countries are many of the largest polluters, he said, because of more than a century of exploiting resources with little consideration for the environmental impacts.

“A part of the new consciousness is not just being more sensitive and understanding the impact of resource extraction and exploitation, but also understanding that there has to be a flow to developing countries. How do we get the private sector involved in sustainable development?” Holness said. “It requires education, discourse and governments to act with a certain level of determination and instrumentality. We must direct private resources toward more sustainable economic activity and give far more information than exists now to the public.”

Holness stressed the importance of “urgent, transformational action” from all countries.

“The pandemic has created a one-off, last chance to rebuild our economies at the pace and scale that the climate crisis requires,” he said. “The pandemic has served as a wake up call for many. We have an opportunity to care for each other and act collectively, to build stronger and build together.”

Holness also addressed students, saying that they can make a difference in climate change no matter their career path and noted individual responsibility when it comes to reducing our carbon footprints.

“How many flights am I taking? What kind of car do I choose to drive? What kind of government do I choose to elect? We’re only going to fix the climate by fixing the consumer,” Holness said. “If we get our acts together as human beings and become more conscious and more enlightened on how we live, we should be able to make an impact, no matter what career we choose.”

The future of global supply chains

On Feb. 23, the Global Leaders Forum continued with an address from Jeffrey Immelt, who discussed the future of manufacturing and global supply chains.

“We were already backsliding toward a nationalistic tendency, not just in the U.S. but on a global basis,” Immelt said. “COVID laid on top of it some dynamics that have made the globalization debate even tougher.”

Immelt called the current global business atmosphere difficult, and mentioned that “every country is fighting for itself in terms of job creation.”

“We’re just in a time where we’ve had a vacuum in the U.S., and we need to be more outward-looking if we want to be a participant in or shape the global debate,” he added.

Immelt said President Joe Biden and his administration has more experience on the global stage than previous administrations and might be better positioned to navigate economic agreements with China and other Asian countries.

“The natural tendency is to look toward Europe, which is an incredibly important partner, but the action is really in Asia,” Immelt said. “That’s where the economic growth is going to be, and that’s where the focus has to be placed. We need to shore up the relationships we’ve had in the past, but I can’t envision a world where the two largest economies don’t talk to each other. That’s a nonstarter, and that’s where I fear we are today.”

Immelt traced the history of global trade policies, many of which were first put into place in the 1940s and 1950s and served as “the guardrails for global trade.”

“It’s not that those institutions were wrong – it’s just that they’re dated,” Immelt said. “Maybe in the past it was OK for a company to shut down and move production to Mexico, but that’s not the way we like the world to work anymore.”

Immelt said he has seen a move in industry toward focusing on keeping middle-class jobs in a country’s borders, thanks to advancements in technology, automation and analytics, which have made products much cheaper to produce domestically – though Bowen noted these advancements also usually result in a reduction in the number of manufacturing jobs overall.

“If a business over the last 10-15 years wasn’t thinking of a localization strategy, they really missed the boat,” he said. “Any boardroom who has a product solely sourced in Asia – or in any place, for that matter – is taking a significant enterprise risk for their institution.”

Immelt also called for further educational training for those workers in order to fuel a “renaissance” in the manufacturing sector.

“No matter where you are in the supply chain, you’re going to have to have digital skills. People can’t avoid that. Even in your old job, your old industry isn’t going to survive unless you have rudimentary technical skills,” he said. “It’s all about getting people that can do the next generation of skills, not the last.”

Following Immelt’s talk, CCD hosted an international group of more than 40 economic scholars and practitioners to delve into topics such as the disruption of supply chains, Brexit, the U.S. departure from the Trans-Pacific Partnership and U.S. disengagement from the World Trade Organization, all of which have generated doubts about the future of global economic governance.

Panels addressed multilateralism versus bilateralism; national security, innovation policy and and trade agreements; building consensus for open markets; and the path forward on research and U.S. and international trade policy.

Presenters discussed their recent academic research and the policy implications of their work, and participating policy experts and business leaders reflected on how these research findings could improve thoughts on trade policy. The urgent need to address climate change and the economic perils induced by the pandemic featured prominently in this dialogue.

“One of the big takeaways for me is that there needs to be more coordination among policymakers, academics and business people,” Bowen said.

By GPS Media
1 Mins read
Teevrat Garg, associate professor at the UC San Diego School of Global Policy and Strategy (GPS), has been elected to the board of directors of the Association of Environmental and Resource Economists (AERE), the leading professional economics organization working in the areas of climate change, environmental policy and energy transitions.
×
Events