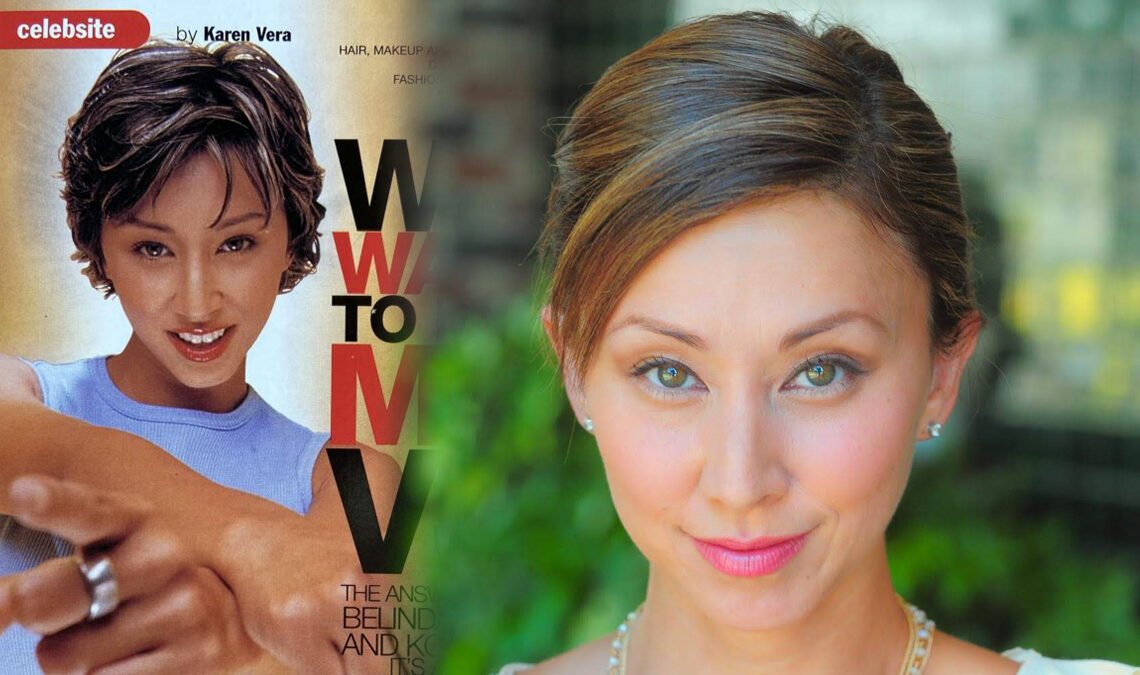 Life has a funny way of pulling people in unexpected directions. Perhaps no one exemplifies that better than Belinda Panelo, a Master of Public Policy student at the UC San Diego School of Global Policy and Strategy (GPS).

Panelo, an actor best known for her time as a VJ for MTV Asia in the 2000s, has traveled around the world, interviewed artists, hosted concerts and rubbed elbows with celebrities. But a first-hand experience seeing the real-world effects of education policy prompted her to learn about how that policy is shaped in order to find the best ways to give back.

Seattle-born Panelo moved to the Philippines when she was very young and then moved back to the U.S. for her final years of high school. Her father, a U.S. veteran, is Filipino, and her mother is white. Panelo is fluent in both English and Filipino.

“In fact, my last commercial was for the U.S. Census in Tagalog and was for the Filipino market,” Panelo said.

After high school, Panelo moved back to the Philippines, and she saw an open call for the “MTV VJ Hunt” – a contest where applicants competed to become the next VJ for MTV Asia. She submitted a self-tape, went through several rounds of the contest – and won.

“That catapulted my career and took it to another level,” Panelo said. “My commercial work became celebrity endorsements. I had straight offers instead of having to audition.”

From 1999 to 2003, Panelo hosted several MTV Asia shows and made a name for herself as an actor and television host. Traveling throughout Southeast Asia was life-changing, she said.

“Through travel I saw that despite cultural differences, we can still communicate and find common ground through the arts,” she said. “We can disagree on what a good song is, but when a beat drops that we like, there’s no denying we are moved on a visceral level. That is universal.”

After leaving MTV Asia, Panelo moved back to the U.S. – this time to New York City – to study acting full time at the Atlantic Theater Conservatory. She also married and had a child. Once she concluded her acting studies, she and her family moved to California.

“We moved to California so I could actually use the training I paid so much for – gulp – but life kept pulling me in different directions,” Panelo said. “I volunteered in my child’s kindergarten class regularly, and from there a seed was planted. I still worked part-time as an actor, performing on stage and commercials, but I had a nagging feeling that there was something else I needed to be doing.”

That feeling propelled Panelo to enroll in West Los Angeles College, before transferring to UCLA, where she graduated with honors with a B.A. in global studies.

“As a first-generation older student with two young kids at home, it was hard, but I wanted to do it,” she said.

Two particular classes at UCLA – one on race, diversity and public policy, and another on race and the achievement gap – had a huge impact on Panelo.

“I was floored and dismayed by what I had learned,” she said. “I realized there was so much more I needed to understand and learn that I decided I wanted to continue studying after graduation.”

In this Q&A, Panelo expands on her experience as a GPS student so far and her plans post-graduation.

What drew you to UC San Diego and to GPS to get your MPP degree?

We live in an increasingly interconnected global community and it is important to learn from each other. Even though I’m mostly interested in domestic policy, I wanted to study the policy making process through a global lens.

What is your area of specialization, and why did you choose it?

Inequality and Social Policy. I spent many years volunteering in classrooms and have seen first-hand the disparities in our education system. Access to quality education and special education services regardless of your ZIP code or socioeconomic status is important to me.

What do you like most about the MPP program so far?

Being able to learn from scholars who are currently working on real-world problems outside of teaching is such a privilege.

What has it been like to try to foster a connection with other GPS students during COVID?

It’s been difficult but not impossible. It definitely requires more effort and time, which has been a challenge as a mom of two with both kids doing school at home as well.

What’s been your favorite class so far and why?

The Politics of Diversity with Professor Claire Adida. She challenges the ways in which you engage with theories and assumptions about the world and multiculturalism. After each class, thoughts about how you can make the world better for others will linger as you go about your day. Professor Adida also has very creative assignments that challenge you in new and exciting ways.

Is there a particular professor that has made a big impact on you?

Professor David Victor is the only professor I’ve had that can get me excited about taking theories “out for a drive.” His ability to make sense of why decisions are made and by whom are necessary tools for any budding policymaker. From now on, whenever I study a case, I am able to point to at least one theory to help me understand it better. That’s powerful, and I’m grateful for that.

What advice do you have for admitted GPS students?

Make sure you have a strong support system. This is hard. You’re going to need friends, family or a pet to keep you grounded and remind you why you’ve put yourself through this.

Amid your rigorous academic schedule, what steps do you take to strike a work/life balance?

I make sure to take advantage of living here in San Diego. My family and I recently took a paddle boat out on the bay. It was a beautiful day, and after a rough QM II week, it was much needed. I also love to eat, and San Diego is a foodie’s dream come true. The Convoy district is my go-to for some delectable Asian comfort food.

After graduation, what do you hope to do?

Go on vacation and question my life choices! Kidding. I hope to work in education policy through researching best practices. However, I’m old enough to know that life has a way of steering you in different directions. So, while I’d like to be involved in education policy, I am open to the various ways in which I can best make a difference in the ways that I am capable.

By GPS Media
1 Mins read
Lis Best ’12 was hired by alumna Molly Gavin ’03 as an intern at Qualcomm, Inc. and by the end of the summer, she was offered a full-time position as a senior analyst after graduation.
×
DegreesStudents

A day in the life of a remote student