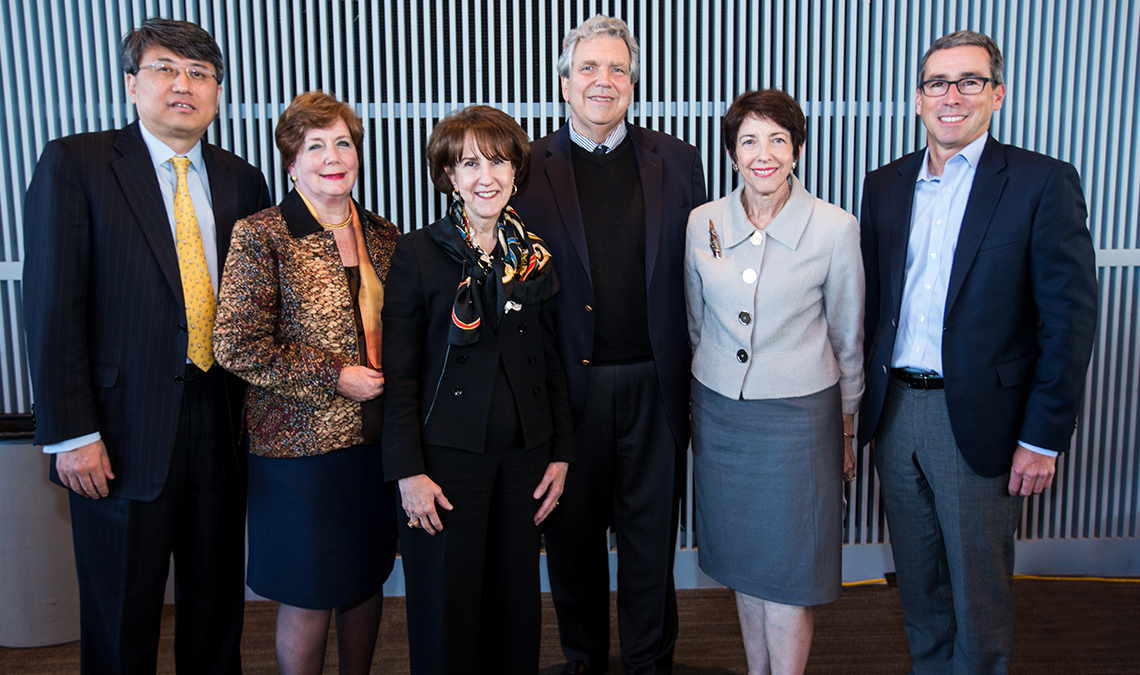 For the fifth consecutive year, the 21st Century China Center at the UC San Diego School of Global Policy and Strategy (GPS) honored the career and contributions of a figure who embodies the goals of both the center and GPS—Robert “Bob” Ellsworth (1926-2011)—with a keynote speaker paralleling Ellsworth’s illustrious career as a U.S. legislator and diplomat.

Held March 8, the 2017 Robert F. Ellsworth Memorial Lecture was presented by Ambassador Charlene Barshefsky, who is renowned for negotiating China’s entry into the World Trade Organization (WTO) and is currently a member of the Task Force on U.S.-China Policy. 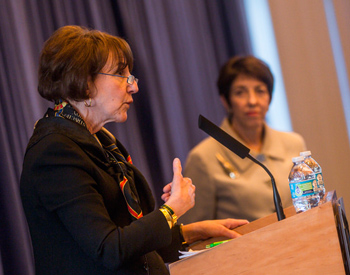 Discoursing “China’s growing protectionism and the U.S. response,” Barshefsky dug into the subject with a quick history lesson.

“To appreciate where China stands today, it’s good to step back for a minute to an era when China lagged very far behind the world,” she said, reminding when in 1912 China’s economic size was 9 percent of the world’s GDP and when in the ’40s it was halved to 4.6 percent.

Jumping to 1978-79, when Deng Xiaoping fueled the re-emergence of China with a series of economic reforms, Barshefsky honed in on China’s rise in the approximately 35 years that followed. China’s economy quadrupled in size in that timeframe, she noted, with its GDP jumping to 17.3 percent and the nation topping the U.S.’s economy in 2014.

Today, Barshefsky pointed out, China is the world’s largest manufacturing country by output. It trades with more than 130 countries, including as the U.S.’s No. 1 trading partner. It is estimated that in the next four years China will invest a trillion dollars into other nations, she added.

Crediting China’s WTO accession in the ’90s, the U.S.’s financial meltdown in 2008-09 and globalization itself for China’s development, Barshefsky emphasized, “All of this has been accomplished in no time at all.”

China’s steadfast growth, however, has brought with it challenges, economically. Barshefsky counted some of them on her hand.

On the last point, Barshefsky mused: “Does China capitalize on this instability as it did during the U.S. financial crises to emerge as the stable leader? Or does China make mistakes and act rashly in fear of market closures to its goods and its investments? We don’t know what the answer to that is, but what we do know is China’s reform and opening has stopped.” 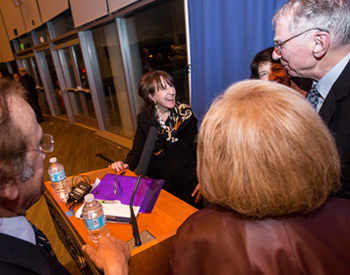 This protectionism, Barshefsky explained, stems from Chinese President Xi Jinping’s push to resurrect the “China dream,” insinuating the county should return to being the world leader it was in the 16th century, when it had little dependence on foreign entities.

Understandably, this ideology presents implications for U.S. businesses, Barshefsky said. Some of which include that business opportunities are diminishing sharply in China;

foreign companies must “ante up” to demonstrate their aims align with China’s aims to create tech-driven industries; and, if the U.S. and other foreign businesses show disinterest in China, it will be further motivated to seclude itself.

Taking another step back, Barshefsky spoke on a broader scale about how the U.S. and Chinese governments should traverse the protectionism conundrum.

China ought to do what it’s said in public statements it would do, she said, “which is reform a further reopening of its economy.”

If both nations take these actions, Barshefsky said, it should prove a recipe for a more reciprocal bilateral relationship.

“To me, that’s the direction this relationship should go. I have no idea if Xi Jinping or Donald Trump are up to it. We shall see.”

View photos and watch a recording of the lecture. Plus, tune into the 21st Century China Center’s China 21 podcast episode featuring Barshefsky.