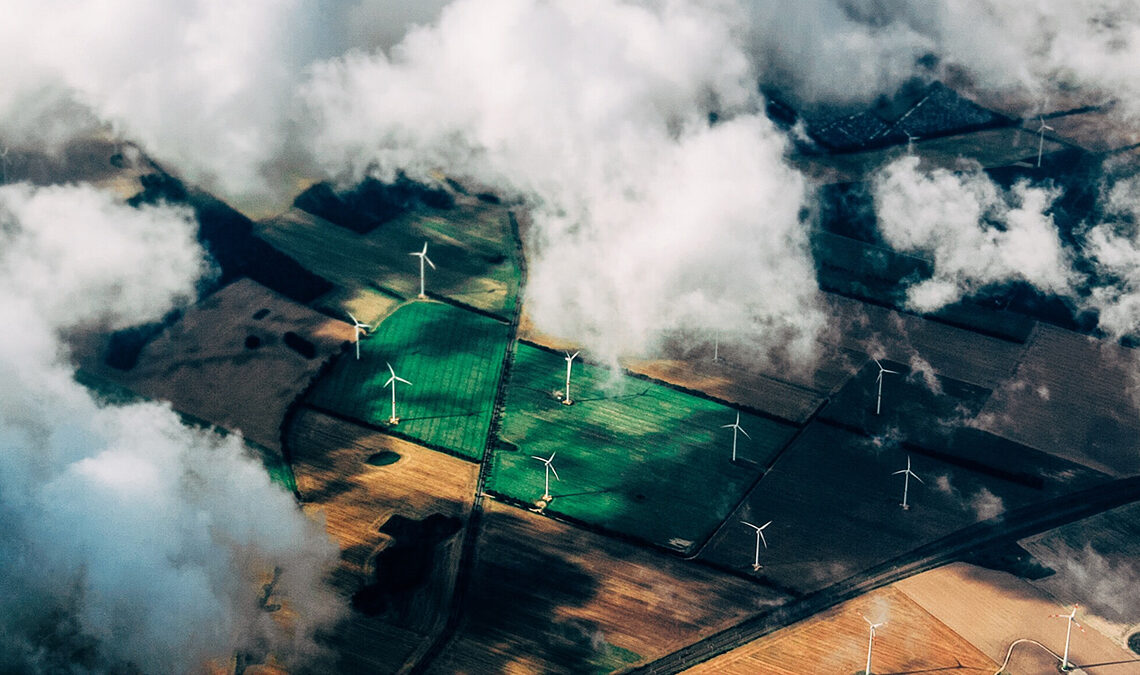 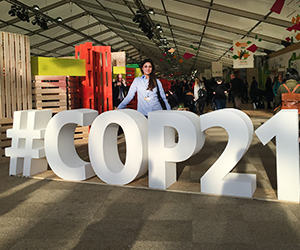 The UC San Diego School of Global Policy and Strategy (GPS) opened the door for me to environmental work, and I will never look back.

I also took Professor David Victor’s seminar, “Climate Change in Four Dimensions,” co-taught by Professors Veerabhadran Ramanathan and Charles Kennel from Scripps Institution of Oceanography—talk about an all-star faculty lineup! This incredible class changed the course of my personal and professional goals to be fully immersed in climate change.

For the 21st Conference of the Parties COP21 of the U.N.  Framework Convention on Climate Change (UNFCCC), Scripps managed one extra accreditation for anyone from GPS to participate. It was a complete last-minute miracle for me to join. I was ecstatic.

While there, Scripps played an influential role in advocating for ocean inclusion in the Paris Agreement text. In partnership with Plymouth Marine Laboratory, we ran two booths—one in the executive zone and the other in a public zone—talking to delegates and people alike about the indispensable, fundamental role the ocean plays in global warming. The ocean absorbs 25 to 30 percent of the carbon dioxide we emit into the air on an annual basis. This helps us immensely in not feeling more direct effects of climate change but it comes at a cost. CO2 absorption acidifies the ocean, affecting plant and animal life, habitat and more. In addition, the ocean has stored about 90 percent of the energy from warming of the Earth system in recent decades. If it weren’t for oceans we’d have surpassed an increase in average global temperatures beyond 2 degrees Celsius decades ago.

While we can give thanks to the mitigation mechanism of oceans, we also must understand there are consequences from the unprecedented chemical and temperature changes it is undergoing. The amount of CO2 buildup in the atmosphere we already have committed is having significant impacts on fisheries and other coastal subsistence practices, directly affecting food supply, the economy and social fabric of those regions. Building capacity to measure, monitor, protect and adapt to these coastal areas was a highlighted point for many of the delegates we spoke with, especially ones from regions of the world with coastal areas.

The idea of traveling to COP21 came very early for me at GPS. 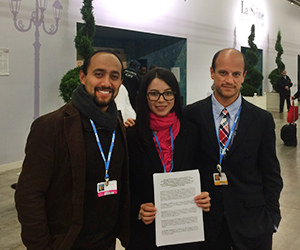 Before taking his Policymaking Processes class, I had already approached Professor David Victor about going to Paris. He pointed me in the right direction, connecting me with key people from Scripps who helped me join their delegation. During spring quarter, before COP21, Victor asked me to travel to the Netherlands to attend a meeting of the Coastal Resilience Collaborative, an international initiative of which Scripps is a part. This was an excellent opportunity to meet people from different sectors working on coastal resilience to climate change around the globe.

I then spent the summer of 2015 in Ecuador working as a policy fellow for the World Wildlife Fund’s Living Amazon Initiative. I kept working remotely for them during the fall quarter, and the culminating point was at COP21. In Paris, I lobbied with Latin American countries and beyond for the inclusion of protected areas in the new international climate change regime and organized several events around the issue.

What struck me most in Paris is how it is actually possible to interact with people at the forefront of this issue. I realized the climate change “bubble” is a surprisingly small world. I ran into people I knew in the Ecuadorean government and U.K. officials I had met during my years in the British Embassy. I even had the honor of meeting Christiana Figueres, executive secretary of UNFCCC, for the second time in six months—she, coincidentally, was GPS’s 2015 commencement speaker.

The intersection of science and policy is at the core of the climate change debate. I, like many, believe there is a communicational “gap” between scientists and policymakers. Combining the normative approach of science in terms of what should be done with a thorough understanding of political processes that determine what can be done is of increasing importance.

GPS has shown me how to think about problems of this sort from both perspectives. Quantitative analysis skills, for example, have helped me not only “speak the scientific language,” but also think about problems and their causes in a whole new way. On the other hand, the understanding of the moving parts of policymaking processes from the local to the international arenas is a perfect complement that helps students think about not only problems, but solutions.

View a photo gallery of Ragimov, Vallejo and Victor’s presentation on “Correcting the Course on Climate Change Negotiations: The Road from Paris COP21” held Feb. 24, and RSVP to learn more about their trip at “COP21 Paris and Beyond” on March 2.

By Virginia Watson
6 Mins read
From panelists to negotiators and attendees, GPS had boots on the ground at the major international climate event and presented new research on practical climate and trade policies and practices
AlumniCareersStudents

By GPS Media
1 Mins read
Lis Best ’12 was hired by alumna Molly Gavin ’03 as an intern at Qualcomm, Inc. and by the end of the summer, she was offered a full-time position as a senior analyst after graduation.
Students