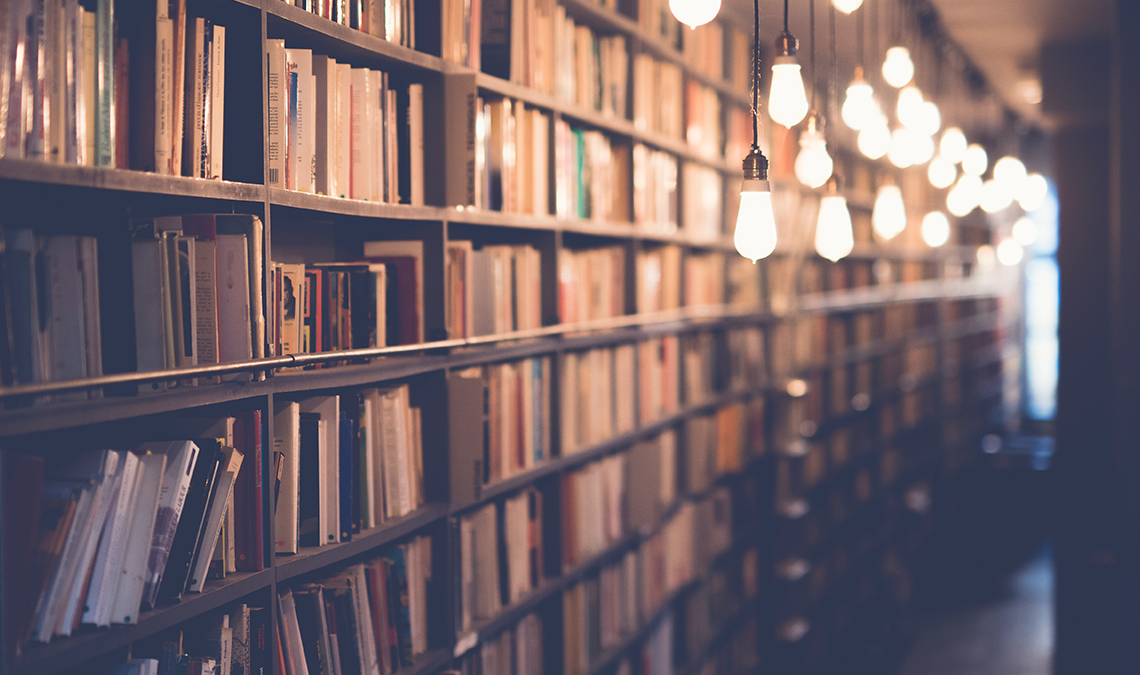 In time for National Reading Month, a few GPS professor jot down their favorite page-turners 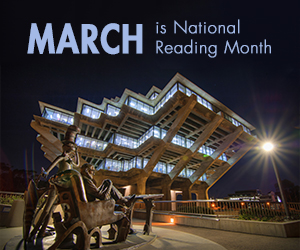 Though their course materials have taken a different medium over time—from flipping paper pages to scrolling electronically through them—graduate students in any discipline share one requirement: reading.

At the UC San Diego School of Global Policy and Strategy (GPS), there’s a monument smack dab in the middle of campus reminding students that reading isn’t only useful for completing an assignment toward their degree. It drives home a message that goes something like this: “The more that you read, the more things you will know. The more that you learn, the more places you’ll go,” to quote the author that the Geisel Library so memorializes. (By the way, don’t miss his 112th birthday celebration on March 2.)

Timed for National Reading Month in March, we turned to GPS faculty to fill in the blanks on what works made an impression on them—personal and professional—and, of their own texts, what they hope influenced others.

Perhaps you’ll find something worth bookmarking or, better yet, putting a bookmark in this month.

My most prized published work is …

“As a scientist, I have this deep skepticism about everything I’ve ever produced! I’ll just reveal that my first ‘publication’ was actually this letter to the editor of The New York Times. The paper had asked a bunch of scientists what the biggest scientific challenges were for humanity moving forward. Not a single one mentioned environmental sustainability. I was enraged. My roommates at the time, who are all now faculty members around the country themselves, egged me on. I whipped off the letter, and boom! Never has the publication process been easier. Also, never was it so easy to be right. I realized I had felt absolutely impelled to write that silly little letter because I really cared. It sort of both revealed to me and confirmed for me that I wanted to be working more on the applied side of things.”—Jennifer Burney, assistant professor

“Way back in 1982 W.W. Norton & Co. published my ‘The Intemperate Zone: The Third World Challenge to U.S. Foreign Policy,’ which proved to be hugely influential in reframing contemporary trends in developing countries and their implications for U.S. interests.  Among other things, it correctly foresaw the future reversals of the Soviet Union and its eventual collapse—a prediction which helped to earn me a seat on President (Bill) Clinton’s National Security Council. The synthesis between “realism” and “idealism” outlined in ‘The Intemperate Zone’ also helped inform the Clinton administration’s worldview and strategies as well as a generation of policymakers in Latin America and elsewhere, contributing in some small way to the most successful era in U.S. foreign policy in contemporary memory.  Nothing less!”—Richard Feinberg, professor, also author of  “The Triumph of Allende” (1972) and “Open for Business: Building the New Cuban Economy” (forthcoming)

​“‘Trade, Multinational Production, and the Gains of Openness.’ We present a new quantitative approach to evaluate the joint effects of international trade and multinational firms on the welfare of countries.​ This is my most cited article so far.”—Natalia Ramondo assistant professor

“Torben Iversen’s ‘Contested Economic Institutions’ because I learned something in terms of substance and method that set me on my research trajectory. On the substantive side, this book was the first to introduce me to the truly amazing diversity of ways governments have regulated labor markets and unions. While Iversen’s book provided several important and counterintuitive findings, it was the puzzles his book left unanswered that drove me to write my Ph.D. dissertation. On the method side, I loved his integration of both economic and political models in a unified mathematical framework along with his engagement with both cutting-edge (for the time) statistical tools and deep comparative historical work.”—John Ahlquist, associate professor, author of “In the Interest of Others: Organizations and Social Activism” (2013)

“Probably Steven Solnick’s ‘Stealing the State.’ He explains how the defection of the Soviet bureaucracy happened like a bank run, allowing for the Soviet Union, a massive military superpower, to disintegrate quickly and peacefully. ‘Stealing the State’ is such a good example of how a simple formal argument can sometimes provide enormous analytic leverage on macro-historical world-shaping events. I remember reading it as a first-year in graduate school and thinking, ‘Huh. We won the Cold War for a lot of reasons, but one of them is that we could model Soviet society better than the Soviet Union could model ours.’  That was a big ‘a-ha’ moment for me.”—Jesse Driscoll, assistant professor, author of “Warlords and Coalition Politics in Post-Soviet States” (2015)

“‘A Treatise on the Family’ by Gary Becker. I realized how powerful economics was to explain many aspects of the modern world, not only obviously-economic-related topics, but also family decisions, health decisions, crime, incarceration, etc.”— Ramondo

The tome I recommend most to friends and family is …

“‘Sapiens: A Brief History of Humankind’ by Yuval Harari. Each chapter contains a seemingly absurd but ultimately fascinating insight. A major theme is that what separated homo sapiens from other species of genus homo was ‘the ability to believe things that are not true.’ Myths and religion are well known examples, but he goes on to show that money, language, writing, nationalism, corporations and law all fit this pattern. They have no objective reality. Yet, they work because almost everyone in a society believes them. Since we act as if they are true, they function as if they were true and serve as vital forces for organizing societies. These fictitious beliefs solve the collective action problem. Other fictions, such as democracy and universal human rights, are believed in some places and not in others. No other species of animal has this ability.”—Roger Bohn, professor, author of “Spot Pricing of Electricity” (1988), “From Filing and Fitting to Flexible Manufacturing” (2005) and “From Art to Science in Manufacturing” (forthcoming)

“Here’s a list: 1). ‘A Fine Balance’ by Rohintan Mistry. I have a thing for sweeping Indian fiction. This book is heartbreakingly beautiful. 2). ‘The Year of Magical Thinking’ by Joan Didion. I love everything she writes. This one’s a weeper. Anyone living in California should also read her ‘Slouching Towards Bethlehem.’ 3). ‘Between the World and Me’ by Ta-Nehisi Coates. You know that question where you’re supposed to pick five famous people for your dream dinner discussion? He’s on my list. 4). Anything by Edward Abbey.”—Burney

“‘Anathem’ by Neal Stephenson. I’m always interested in seeing which of my friends is interested in reading a thousand-page work of pulp fiction about platonic realism. And there’s a wild thought experiment, about three-quarters of the way through the book, about how we could end up in another dark age because of (not in spite of) the Internet.”—Driscoll

“‘Thinking, Fast and Slow’ by Daniel Kahneman because it’s a beautiful read. It has direct application to people’s daily lives regardless of their position. It crosses disciplinary boundaries in the social sciences, gives readers a window into the research lives of faculty, and it is something of a love letter to a co-author.”—Ahlquist

“‘Barbara F. Walter’s ‘Committing to Peace.’ If you want to be convinced that U.N. interventions have the potential to save a lot of lives, read it. I think you’ll find that its convincing in pretty much every respect.  Barb and I don’t come down 100 percent on everything all the time, but she is one of my favorite liberal interventionists, period.  If more American voters understood civil war settlement dynamics in the way Barb does, we’d have a lot more humanitarian interventions.”—Driscoll

“‘The Wealth of Nations’ by Adam Smith. In my experience, students of economics and management frequently cite its ideas, but have rarely read it. In addition to being a canonical book in economics, it’s a reminder of how groundbreaking ideas can be expressed in such a way that makes them seem very straightforward.”—Elizabeth Lyons, assistant professor

Are you a GPS alum with book published recently? Submit a class note to share it with us.

By Virginia Watson
7 Mins read
From classic memoirs like “Kitchen Confidential” to a Pulitzer Prize-winning novel about trees and an updated spin on tales from King Arthur’s court, GPS professors share the books they can’t put down
CommunityPhilanthropy

Summer reading for the bookworm