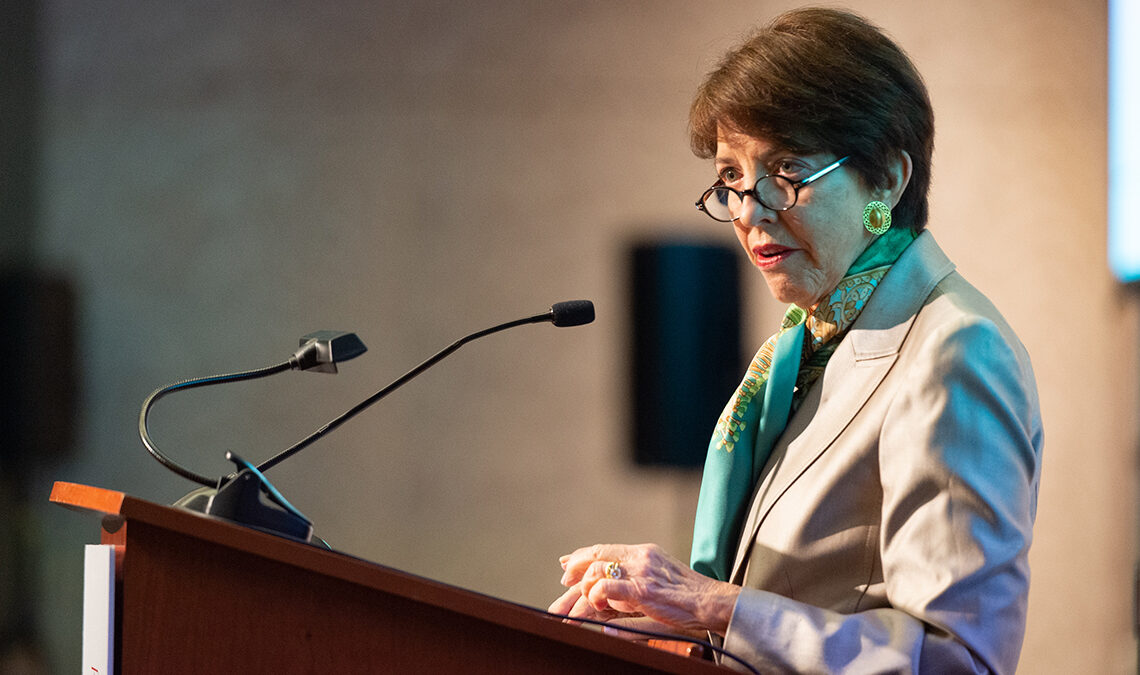 Though she’s transitioning out of the classroom, Professor Susan Shirk’s work isn’t done at GPS

Susan Shirk knows the School of Global Policy and Strategy (GPS) like the back of her hand, figuratively and navigationally so. Some might even argue the Ho Miu Lam Endowed Chair in China and Pacific Relations knows its story best. Then again, she’s been one of the leading figures writing it since 1986. 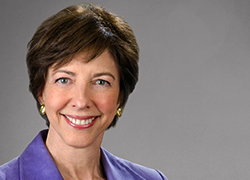 And despite her forthcoming changeover into a research professor, she’s nowhere near putting down the pen.

In her 40 years at UC San Diego, Shirk has helped create the political science department—she was the third faculty member to join it—as well as GPS, being a part of the team that designed the new school’s curriculum, including the Policymaking Process Course at the School. As the director of the UC Institute on Global Conflict and Cooperation (IGCC), she launched the Northeast Asia Cooperative Dialogue (NEACD), a track 1.5 security dialogue for that region. Most recently, she founded the GPS 21st Century China Program. Plus, there’s that three-year stint at the State Department she squeezed in.

“Besides being a researcher and teacher, I have enjoyed the role of academic entrepreneur,” she said, adding of her plans for the future: “The way I look at it is I’m giving up classroom teaching to now devote 100 percent of my time to building the 21st Century China Program. My commitment to my work here hasn’t changed.”

And her colleagues, including Dean Peter Cowhey recognize that.

“We are lucky to be getting the best of both worlds,” Cowhey said. “She will still be a resource for our students in public and private meetings, but she will focus her amazing skills on cementing our 21st Century China Program as the best place to engage on teaching, research and public engagement in China in the U.S.”

While Shirk’s academic expertise is a known rarity, what makes her a role model to many students is she was among the first wave of women to pursue careers in academia.

“I ended up being an academic because I liked going to school and just thought I’d keep going and see where this led,” she said. “It wasn’t very purposeful. … I’ve lived a charmed life, I feel, meaning luck has worked in my favor at many crucial junctures.”

The “luck” started at Mount Holyoke College. It wasn’t until she was a junior there that she pursued her curiosity in Chinese and spent a year in a program at Princeton University that focused on the language and area studies.

It was an “odd choice,” Shirk said. “I started studying China before any Americans could go to China. … I might never have been able to visit. It was like studying the moon.”

Regardless, she honed her interest in Asian studies, as a recipient of a Woodrow Wilson Fellowship, at UC Berkeley, where she earned an M.A. She finally got her feet on the ground as a Ph.D. candidate at Massachusetts Institute of Technology, when she traveled to Hong Kong—then a British colony—to interview refugees from China for her dissertation.

“Then, China opened,” she recalls. “I ended up going to China in the first group right after the ping pong team in 1971. I was in the first group of American students to go to China, just when Henry Kissinger came to set up the Nixon visit.”

Four years later, she joined UC San Diego in the political science department alongside husband Sam Popkin. Essentially, as the third and fourth faculty members to join, they were a part of the team that developed it, Shirk noted.

She hasn’t stopping building things since.

Shirk went all hands on deck at GPS in 1987, a year after then Dean Peter Gourevitch founded it. She relates the advent of the School to “one of the best intellectual experiences I ever had.” Specifically, it was being a part of the team that developed the Policymaking Process Course required of all incoming students. The course still is taught today.

“What always excited me was combining strong social science-based analysis with a deep understanding of China and other countries in the Pacific with real-world impact,” she said. “Those three things were always in the original notion of the School.”

And while those have held strong over the years, Shirk said other things have evolved. Foremost, she’s seen more Chinese students in the classroom, confirming GPS’s international reputation and it challenges her teaching devices.

Take Jessica Chen Weiss ’08, who worked closely with Shirk as a Ph.D. candidate at the School.

“Susan has not only been a warmly supportive adviser but continues to set a tremendous example for all aspiring scholar-practitioners to emulate in her rigor, integrity and energy,” said Weiss, now a professor in China and Asia Pacific Studies at Cornell University.

However, as an academic, Shirk has been able to gain insight on that process through her involvements outside of the classroom.

For instance, as the leader of IGCC from 1991 to 2012, she created a forum for policymakers, officials and researchers among Russia, China, Japan, the U.S., North Korea and South Korea to lay the groundwork for an official multilateral process in Northeast Asia. It is the aforementioned NEACD, which also held its 25th meeting this year.

Then, from her IGCC role, Shirk became noticed in Washington, D.C., as a valued adviser on U.S. policy toward Asia. As a result, she was invited to serve as deputy assistant secretary of state in the Bureau of East Asia and Pacific Affairs in Washington from 1997 to 2000.

“I was very lucky to have that rare experience for an academic,” she said. “Since serving in government, I have spent a lot of time thinking about how America should deal with a rising China. … I really care about preserving and building a constructive and cooperative relationship between the U.S. and China. My whole career has been devoted to understanding how China works and also trying to prevent hostility—even the risk of war—between U.S. and China.”

Noticeably, that devotion has spilled over into her tenure at GPS and profoundly in the 21st Century China Program.

Chapter 3: A commitment to contemporary China 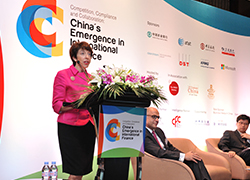 Now, she intends to use her research professorship to step things up notch as chair of the program.

The vision for the 21st Century China Program, she said, is to produce “path-breaking, empirical research.” This means compiling real data and interviews to shape an understanding of how China works as a political and economic system, creating a foundation for having policy impact both in the U.S. and in China.

To do that and do it well, the program must collaborate with other Chinese scholars, Shirk explained, such as through continuing its relationship with the Fudan-UC Center and others to gather insights and access to data that will build China’s capacity to conduct social science research for its future.

“Almost overnight, just within three years, we have turned ourselves into the leading university-based center for research on contemporary China,” Shirk said.