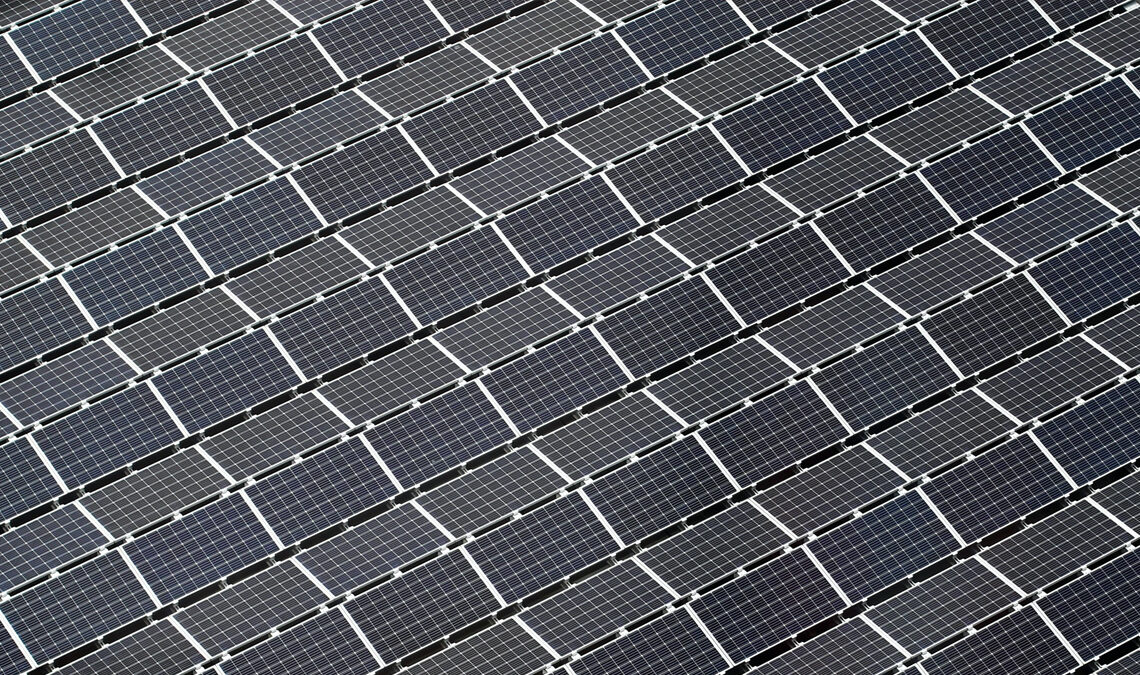 Cecilia Aguillon ’98 talks about consulting for solar in Latin America and the GPS curriculum that inspired her energy efficient projects in the U.S. 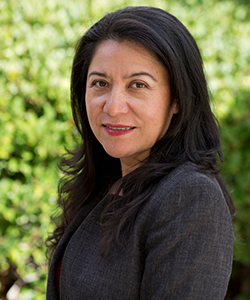 It has been said that it pays to be patient. To never give up. Growing up in El Salvador, UC San Diego School of Global Policy and Strategy (GPS) alumna Cecilia Aguillon ‘98 always had a goal to help Latin America.

Studying foreign policy and political science as an undergraduate at UC Los Angeles, after her first Japanese history class Aguillon soon fell in love with the culture. Her dream was to work for a Japanese enterprise helping Latin America with sustainable development. Deciding between international law school and other business schools, she found GPS and its career track focused on international management with a policy angle.

“Putting policy and business together was a dream,” said Aguillon. “GPS had a great mix of people interested in government, nonprofit, journalism, finance and management with a global perspective – there was so much more variety than your typical business school.”

Upon graduating, her dream to work for a Japanese company in the U.S. doing business in Latin America came true. The San Diego based Kyocera, the leading supplier of solar power generating systems, mobile phones, printers, copiers, printheads, LCDs and electronic components recruited her to work in their solar division.

Aguillon´s training at GPS in government and business coupled with her cultural experiences in Japan, Latin America and the U.S. qualified her to work on negotiating contracts with governments and international aid agencies to develop solar projects in rural areas of Latin America.

However, after six months at the company, Kyocera shifted its focus from Latin American to the emergent U.S. market. They purchased their largest U.S. distributor and moved the solar division to Arizona leaving her in San Diego to lead the consumer products division, which was losing money.

Kyocera’s leadership expressed their confidence in the training Aguillon received at GPS to help her turn the consumer products division profitable, which she did within six months of taking over the challenge. This helped her move up the ranks at Kyocera and be noticed by the Japanese top leadership.

“I was very lucky to get a job in exactly what I studied and what I wanted to do,” said Aguillon. “How many people out of business school can run a company? If I hadn’t taken those classes, I wouldn’t have succeeded or turned a profit.” 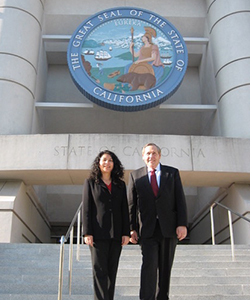 Three years after keeping the consumer products profitable, Aguillon returned to the solar division and for the next 12 years worked on developing new solar markets in the U.S., helping state governments and trade associations pass and implement renewable energy policies. In 2012 her dream to work with Latin American markets became reality.

Before she left Kyocera at the end of March 2017, she had been working on developing solar markets and new businesses for Kyocera in Mexico, Central America, the Caribbean, Colombia and Argentina. Citing the value of her investment class at GPS, she quickly learned the benefit of return investments.

From now retired Professor Alex Kane’s Investment and Business Simulation Lab classes to Professor Ulrike Schaede’s class on negotiation to Professor Roger Bohn’s class on manufacturing and business, Aguillon was prepared to lead the way in solar for Kyocera, quickly moving from marketing manager to creating her own position in governmental relations.

“When I was lobbying and making proposals to the government at Kyocera, I used the same concepts that I learned in my Policy Making Process (PMP) class – that we are all human beings with wants and concerns, so I needed to identify and address their concerns,” said Aguillon. “From my policy background, I could come up with ideas that could work for everybody and find win-win solutions as much as possible.”

After nearly two decades at Kyocera, Aguillon decided to branch out on her own this past June. Over the years, she had forged strong relationships with large-scale investors, equipment manufacturers and contractors. She is bringing all these groups together to develop solar projects in Latin America.

In addition, she is working on the development of energy programs for affordable multi-housing family buildings using solar, energy storage and energy efficiency technologies. Hoping to bring the project to Tijuana and Baja in the future, she feels the project will not only lower the carbon footprint but also lower cost of energy for low income residents.

“Don’t ever give up on your dreams. At GPS, I was taught that I wasn’t in a tunnel – that I could do multiple things with what I had,” said Aguillon. “It’s all about maximizing opportunity and meeting different people.” 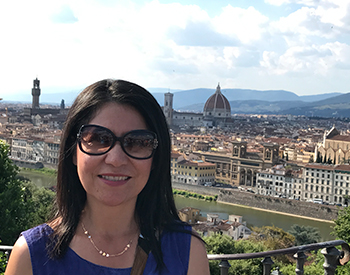 Noting the entrepreneurial spirit of the School and how it assisted her in the creation of her company, she is currently enrolled in GPS’s Entrepreneur Certificate program.

As someone trilingual, she also stresses the important of language acquisition in the School’s current language track. Her language skills helped her both internally in the company and broader in all her business endeavors.

“Language is huge. It was one of reasons I was so valued with high-level clients…100% of time, they would talk to me,” said Aguillon. “It’s so important when you are doing business in another country to show respect, to show that you care and that you speak their language.”

For current students, Aguillon also stresses the power of networking, as she found her first position at Kyocera through fellow GPS alum and friend Elizabeth Rose ‘97, who handed over her resume. The power of collaboration is key.

“The most important thing is the ability to network. GPS alumni are really willing to help their fellow students as we all went through this boot-camp together,” said Aguillon. “We appreciate someone who graduated, if there is anyone to help, we will do it!”

By Virginia Watson
6 Mins read
GPS prepares students for a wide range of careers in Korea, one of the choices as a regional focus found in many of the school’s degree programs
AlumniFacultyResearchStudents