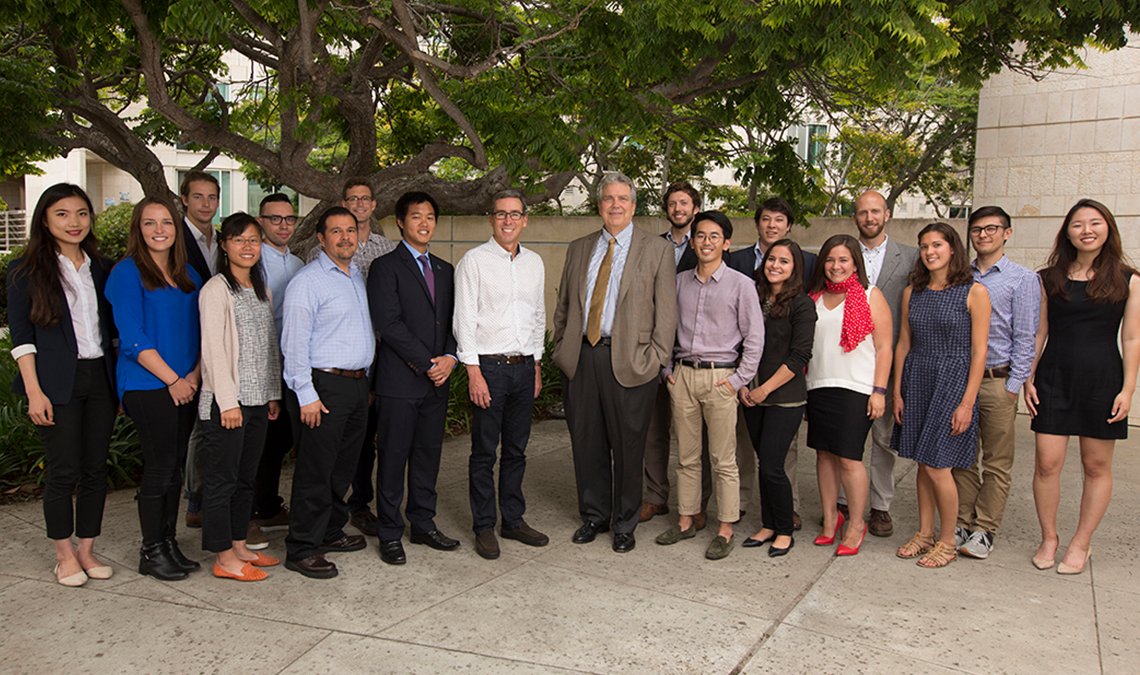 Some students at the UC San Diego School of Global Policy and Strategy (GPS) may know the Dean’s Fellows as their friendly classmates who sizzle bacon and flip pancakes in the courtyard for them on the first Friday of every month—a tradition started by the 2015-16 cohort. But these second-year students do much more than serve up brunch to intermingle faculty, staff and students.

Here, we lend the pen to three 2016-17 Dean’s Fellows for them to dish out the leadership, citizenship and regional commitments, as well as academic achievements that esteems them as GPS’s top student scholars.

Raising the bar on a regional focus 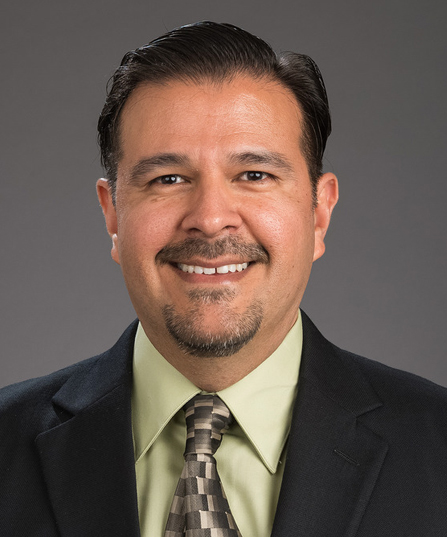 “In the U.S. Army, I served in other countries and worked side by side people from different nationalities. Being on the ground and interacting with the local population allowed me to have direct observations of the effects of globalization on the local and national economy. Those experiences were my driving force to enroll at GPS.

UC San Diego, in particular GPS, has a student population that includes people who have distinct cultural, linguistic and political backgrounds, among other characteristics. This has provided an excellent opportunity to hone the leadership skills I acquired while in the military through group work and everyday interactions in and out of the classroom.

My regional focus is Latin America. I feel most connected to this regional community by my volunteer work with International Health Collective, a nonprofit that provides medical services to low-income communities in Tijuana, Mexico. My role is to effectively communicate the needs of the patients to the doctors and translate the doctors’ recommendations back to them. This experience has provided me with insight into an issue that is not only affecting the local community but, due to the nature of communicable diseases, can potentially become a binational problem. I now understand some of the political factors within the Mexican government, which are responsible for the lack of medical services available for those communities.”—Alan Jimenez-Cervantes, 2017 BA/MIA candidate

Working toward an ‘invaluable investment’ 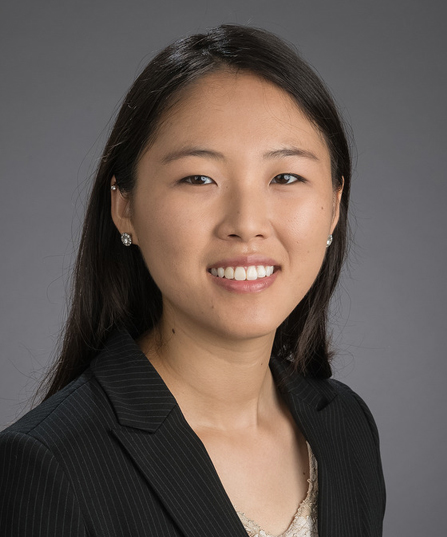 “When I was 12, I watched a documentary that shed light on the human rights crisis in North Korea. That cultivated my interest in alleviating poverty and political oppression in North Korea. I started a campus organization called Liberty in North Korea at University of Florida as an undergraduate student to bring greater awareness to the student body about North Korea’s political and economic landscape.

GPS has provided several opportunities for me to explore different aspects of North Korea’s political and economic schema that I knew little of prior to GPS. For example, in one of my classes, I got to research the role of North Korean women in shaping North Korea’s marketization process since the mid-1990s.

I found the first-year GPS curriculum to be extremely challenging. I fretted during my first quarter about the workload and grades. However, during winter break, I took some time to reevaluate my approach to school and began to see my master’s degree as an invaluable investment rather than as a constant source of stress. Speaking from personal experience, I would like to encourage any first-year students reading this to not get too caught up in the grades. Your tests and assignment grades do not define your worth or success! Instead strive to work hard because you want to maximize your learning from this program to your career and life goals.”—Seulki Kang, 2017 MIA candidate 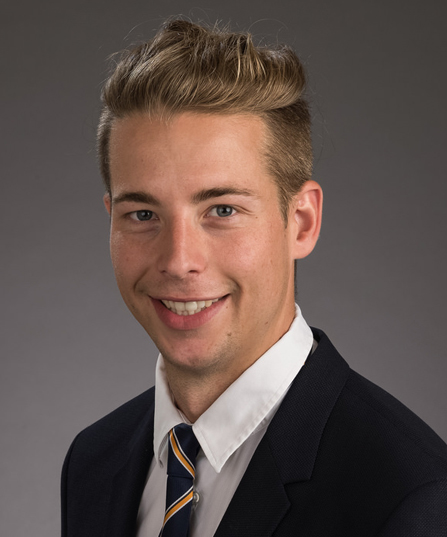 “Prior to GPS, I moved from Berlin to Amsterdam to start, in Europe, a unique liberal arts program. The multidisciplinary program enabled me to develop a clearer understanding of my future career plans. One of the most influential conclusions I drew from my time in Amsterdam was the desire to study applied international politics, which eventually brought me to GPS. The program has offered exactly what I was looking for, namely an applied program that combines international politics, economics and many other perspectives.

Currently, I am interning for the U.N. High Commissioner for Refugees on a food security project in Africa. This experience has sharpened my view for the severity of the refugee crisis in some parts of Africa, especially in Uganda and South Sudan. This internship is a necessary—if not an essential—addition to the academic program at GPS, especially for students like me who have little working experience.

Coming to GPS, I followed the Latin America track. The region is fascinating, full of diversity and a melting pot of cultures. UC San Diego, being probably the closest major American university to a Latin American country, does not only hold more vicinity than any other school in the U.S., but also offers some outstanding courses on Latin America such as Politics and Institutions in Latin America. Additionally, some projects at GPS are having a direct impact in Mexico, such as the Baja Project.

In my second year, I am looking forward to combining knowledge from the Quantitative Methods series and geographical information systems in my final capstone project in Professor Barbara F. Walter‘s class. Additionally, I am looking forward to coming back to San Diego for the surf, our lovely house and friends.”— Johannes Veerkamp, 2017 MIA candidate

The students’ responses included here have been shortened and edited lightly.