Educating the next generation of US-China leaders 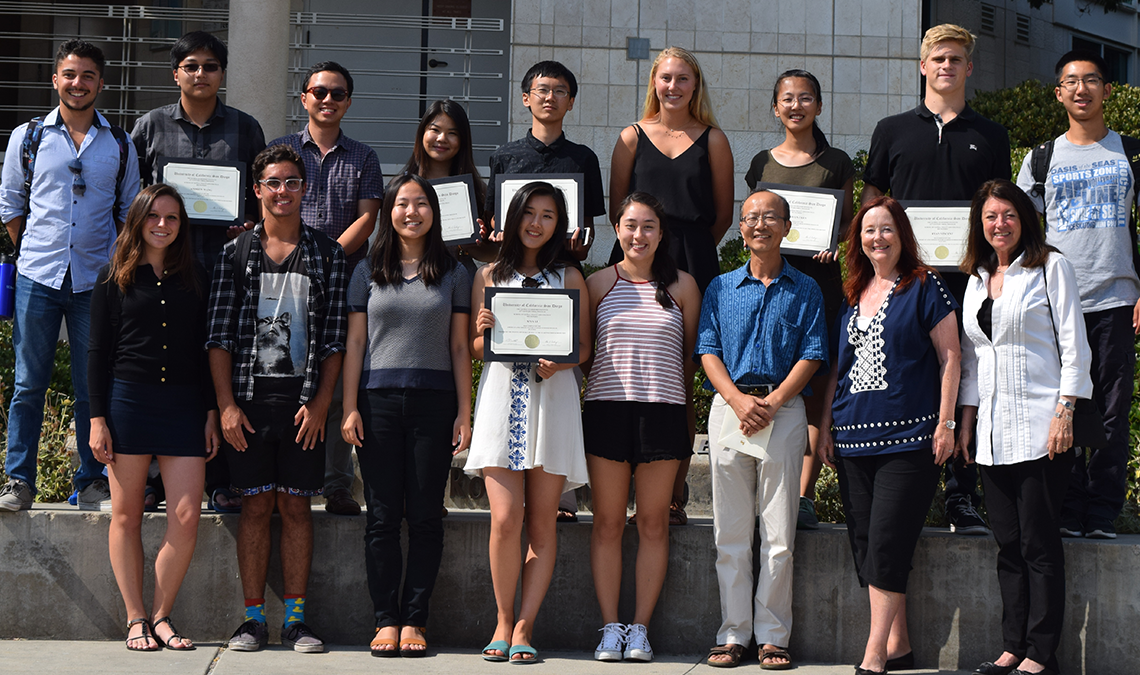 With a unique twist on the traditional summer camp, high school students from the U.S. and China came together at the UC San Diego School of Global Policy and Strategy (GPS) for two weeks in July to learn problem-solving skills around diplomacy and key global issues. The American and Chinese Future Leaders Summer Program, organized by the school’s Global Leadership Institute (GLI) and 21st Century China Center, emphasizes partnerships, conflict resolution and critical thinking.

Students from China and across the U.S. took part in the first young-leaders program presented by the 21st Century China Center, tackling two critical issues of global importance to both countries: clean energy and artificial intelligence.

The clean energy group, for example, identified ways for the U.S. and China to utilize foreign aid to deliver renewable energy in developing countries, bringing down the cost by reducing tariffs and collaborating on manufacturing. For artificial intelligence, the students developed a code of conduct for research, ethics and security, while outlining a plan for an international treaty to strengthen global governance structures.

“In this age of globalization, with the U.S. and China as the leading stakeholders, there is no better time to train young leaders to work on real-world problems together, because the prospects of peace, development and progress will demand nothing less of this future generation’s ability to build bridges,” said Darla Wilson, GLI director.

Based at GPS, GLI is its executive education unit and study abroad destination for researchers and students and regularly offers customized, group programs on a variety of internationally-focused needs and interests.

The focus of this summer program was in part to prepare the next generation of experts on China and U.S.-China relations. For the clean energy group in particular, the students found an area where there is real-world progress between the two countries’ governments, as well as across businesses, academics and entrepreneurs.

“This is a quite unique summer program for the high school students. It gives students the opportunity to navigate real-world, global issues and practice negotiation through discussion and diplomacy,” said Lei Guang, 21st Century China Center director. Center Chair Susan Shirk presented to the students during their stay, as did Assistant Professor Gordon McCord.

This leadership camp was in part built on an education program called Peaceconferencing, an interactive gaming simulation based on issues of international concern and peacebuilding. It is led by high school teacher Kristen Druker, who pioneered the simulation platform that provides a one-of-a-kind educational experience in international affairs. 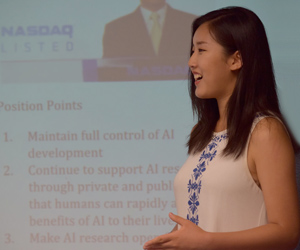 “The role-playing aspect gave the students a sense of agency and ownership, and to imagine themselves as individuals who can make an impact on large-scale problems instead of thinking abstractly about institutions,” Tsoi said.

Through the simulation, students organized themselves into teams, each representing a key player at the negotiation table to help resolve a specific conflict. The camp culminated in action plans, part of each participant’s final project. The plans were created by studying archival peace accords, international treaties, conventions and protocols to pick a model most suited to their problem area.

“I signed up for this program because I knew I wanted to come to college in California,” said Jiemin Chai, a Chinese student from New York City. Chai said working in the conference platform showed her there was much more to simply doing research on clean energy. “It opened my eyes to global policy and how much more is out there,” she said.

For Xiya Li, a Torrey Pines High School student who recently moved from Shanghai, one valuable takeaway was meeting all the people, from participants to university faculty.

“The program really opened my mind,” Li said. “It’s really helpful to me before I enter college.”

Workshops during the summer program included Intercultural Communication and Conflict Resolution, where students were taught how to develop positive leadership skills used by diplomats and business leaders to help move challenging global situations forward. Students also learned how conflict resolution is talked about on a global scale, and how to understand the dynamics of conflict and communication techniques.

Technology assessment at the nexus of STEM and policy

The art of entrepreneurship

Ensuring students are ahead of the curve

By GPS Media
3 Mins read
Working behind the scenes, GPS’s Professional Development Committee is dedicated to dreaming up how to make students stand out in the workforce