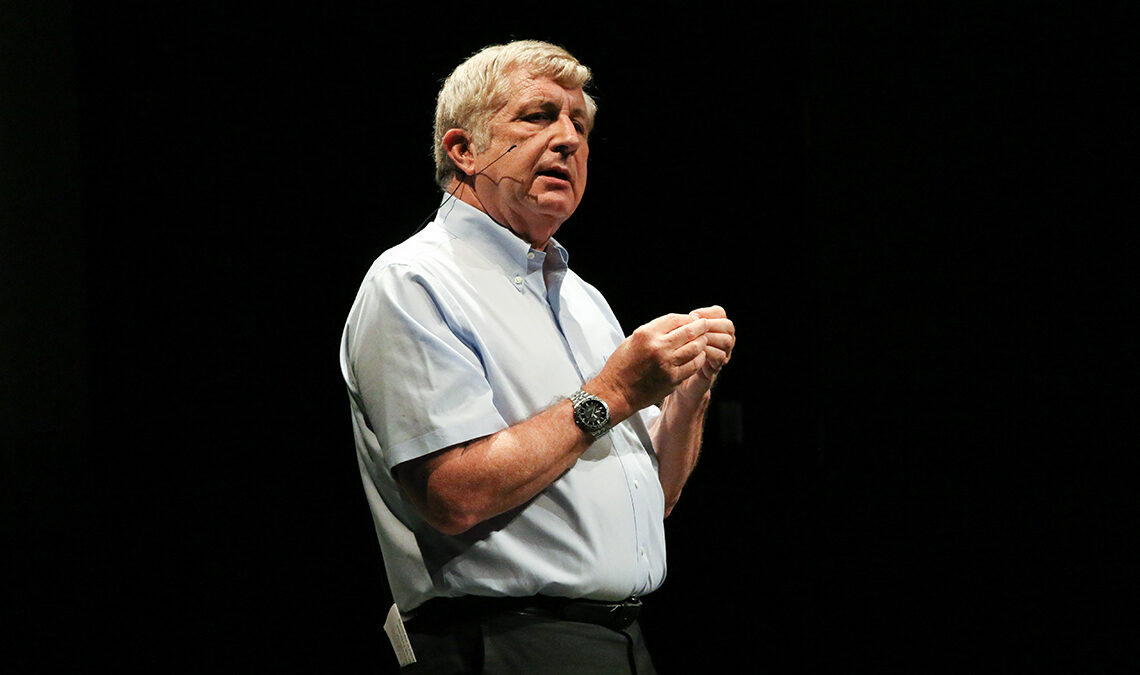 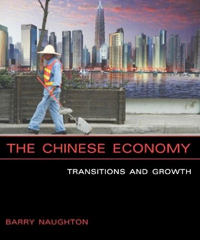 Look no further than Anna Jewell’s desk for a testament to how Professor Barry Naughton has motivated his students.

Jewell, MPIA ’00, still can recall her first few encounters with the Sokwanlok Chair of Chinese International Affairs, specifically as a student in his Chinese economy class in 1999 at the UC San Diego School of Global Policy and Strategy (GPS). She remembers Naughton handing out loosely stapled pages of his manuscript for “The Chinese Economy: Transitions and Growth.”

Today, the bounded, published book sits on her desk at the U.S. Department of Treasury, and she often recommends it to colleagues.

“In a world full of commentators with strident views on China’s economy, Naughton manages to convey clear, unbiased and useful analysis of this complex economy and political system,” Jewell said. “I continue to be inspired by Naughton’s curiosity and the unique way he shares his views.”

The alumna isn’t alone with that feeling. As shown through Naughton’s achievements over his more than 30 years at GPS, it’s shared across Jewell’s fellow alumni as well as China scholars and policymakers around the globe. 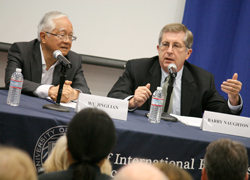 Regarded as one of the world’s top economists working on China, Naughton examines issues relating to industry, trade, finance and the country’s transition to a market economy. He is a nonresident senior fellow of the Brookings Institute and a quarterly contributor to the China Leadership Monitor. Additionally, he regularly is welcomed to Washington, D.C., to participate in U.S.-China policy conversations, most recently during China President Xi Jinping’s visit to the U.S. in September.

The professor is quick to note, “it’s true,” his focus on China has in fact never wavered, and his reason for that is quite simple.

“It’s tremendously fun,” he said. “China is interesting in so many dimensions. The challenge has been that the most important topics have continuously changed. The issues are always being refreshed.”

He’s been in tune to the country since the 1970s, as a graduate student in international relations at Yale University, when China began shifting economic reform and opening up to foreign investments.

Naughton adds that to this day he continues to be immersed in China’s economic reform agenda, especially now under Xi. He is following the development of the reform agenda, but also keeping track of the uneven pace at which the agenda has been implemented, as well as how effective it actually has been.

“It’s definitely my topmost concern,” Naughton said. “This year has been a terrible year for reform so far. They’ve made a lot of mistakes, done a lot of things wrong and so it’s interesting to try to figure out why.”

Being able to examine this at GPS, Naughton added, is particularly stimulating, given the School’s interdisciplinary stature.

“China in particular is a fruitful object for interdisciplinary inquiry,” Naughton said. “The fantastic thing about GPS is it’s a genuinely interdisciplinary place. We have daily interactions among economists, political scientists and people who do management. I’m interested in all of those things.”

From professor to colleague 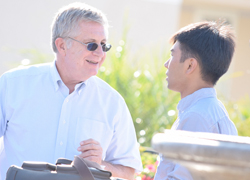 Shortly after joining the School and until 1996, Naughton also doubled his time as a consultant for the World Bank, requiring regular travel to China even amid times of heightened political disruption such as the Tiananmen Square demonstrations.

“That was a period when we really worried China would go backward,” Naughton recalls. “Then, gradually, the reform agenda got revitalized. For me, that was a really valuable period, and I got a lot out of observing Chinese policy on the ground.”

That experience of being plugged into the real world, among others, has paid off not only for Naughton as an academic but also for his students.

Take Jacob Henderson, MPIA ’14, who credits the professor for mentoring him through his Boren Fellowship application, particularly encouraging him to expand his study plan beyond one geographical area (Taiwan and trade).

“Naughton persuaded me to create a fairly unique plan that straddled the Taiwan Strait, examining China-Taiwan economic development in the context of the Economic Framework Cooperation Agreement,” Henderson said. “His advice was a key factor that improved the quality of my application and eventual award of a Boren Fellowship.”

Furthermore, it was through the fellowship that Henderson secured an internship in the Office of East Asia at the U.S. Treasury, where he is employed still today and continues contact with his former professor turned friend and colleague.

“Keeping open communication channels with Naughton is essential to understanding his work, which better informs my analysis and, in turn, helps me better prepare U.S. policymakers to respond to the rapidly changing picture in Asia,” Henderson said. “Having this kind of intimate discussion with a premier scholar of the Chinese economy is invaluable to the work we do.”