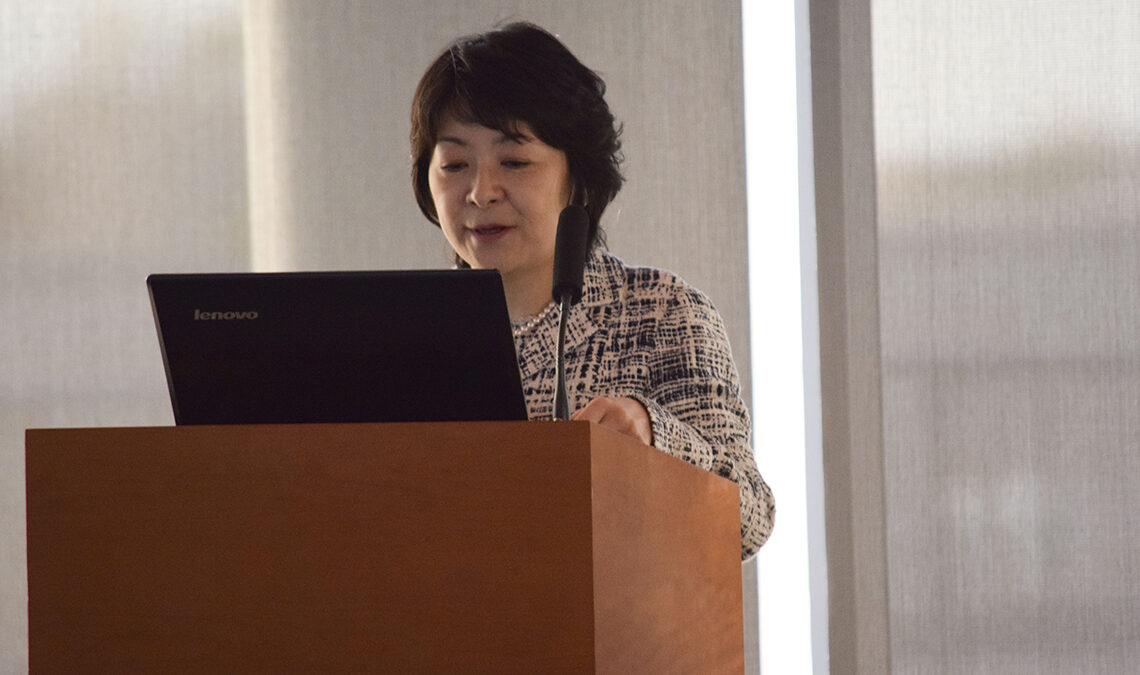 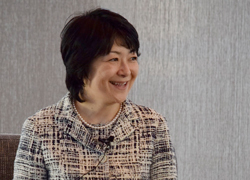 For Reiko Akiike, wrapping her head around Abenomics means more than staying informed.

Her understanding of Japan Prime Minister Shinzo Abe’s policy regime directly affects how she steers the aspirations of some of Japan’s top CEOs and presidents she works with as a senior partner and managing director at Boston Consulting Group (BCG) in Tokyo.

Indisputably, she knows the economic policy inside and out to push her client companies to a new level of global competitiveness in their respective manufacturing, high tech and infrastructure industries.

Which is why the UC San Diego School of Global Policy and Strategy’s Center on Global Transformation (CGT) leaned on Akiike, as a Pacific Leadership Fellow (PLF), to share her perceptions and experience on Abenomics with students, scholars and the larger San Diego community during her October residency.

Having completed its ninth year, CGT now has hosted 72 PLFs from 19 different countries. The program brings leaders from around the globe to engage in dialogue, research and instruction. Fellows are scholars and policymakers who shape strategy in their own countries through government, the private sector and academia, and provide insights into how economic and political systems are evolving.

Akiike’s residency kicked off the wave of visits from CGT’s 2015-2016 PLF cohort.

Amid imparting her wisdom on the university, Akiike said she found herself returning to Tokyo with an equally enriched point of view to apply to her job and daily life.

“San Diego is the perfect place to study business,” she said. “The university is kind of a sanctuary, looking very closed. However, UC San Diego is really open. I am quite inspired by that, by San Diego.”

As part of her residency, Akiike held a public talk Oct. 7, “Japanese Business Strategies under Abenomics,“ expanding on Japan’s changing economy, entrepreneurship and management as well as an overview of the three arrows fired under Abenomics: monetary easing, fiscal stimulus and structural reform. CGT Director and Professor Ulrike Schaede served as the discussant.

In explaining how the policy aims to revive the Japanese economy by addressing macroeconomic challenges, Akiike drew from her personal experience at BCG. As a senior partner and managing director, she focuses on strategy development and implementation, post-merger integration, change management and business turnaround.

She also recounted her experience as a managing director at the Industrial Revitalization Corporation of Japan (IRCJ), a government-sponsored private equity fund tasked with revitalizing the Japanese economy by restructuring failing companies. While IRCJ only had a five-year lifespan, in that time Akiike successfully supported the turnarounds of multiple bus transportation companies.

To that end, on Abenomics, she gave special attention to the National Strategic Special Zone as one of the developments that should not be overlooked, particularly as the most promising model to achieve deregulation in Japan.

On changes in management, Akiike said she observes more managers willing to take risks. For example, large-scale mergers and acquisitions now are on this rise as a result of huge companies now buying huge companies with good performance.

She also called attention to the need for greater open innovation in Japan, similar to UC San Diego’s boundless relationships with local businesses and startups.

“In Japan, open innovation is rarely discussed,” she said. “What I saw here is an excellent model of it.”

It’s that as well as UC San Diego’s good use of “talent management” that Akiike hopes to impart on her client companies and “motivate people to use their knowledge or expertise to make the world a better place,” she said.

By Virginia Watson
3 Mins read
Commencement ceremony honors graduates’ accomplishments, with an eye toward the challenges for which the school’s training has prepared them
CommunityEventsFacultyResearch

By Virginia Watson
5 Mins read
In a timely webinar, researchers on democracy, world economics and military strategy explore the implications of the ongoing invasion