How Stimulus Dollars are Spent will Affect Emissions for Decades 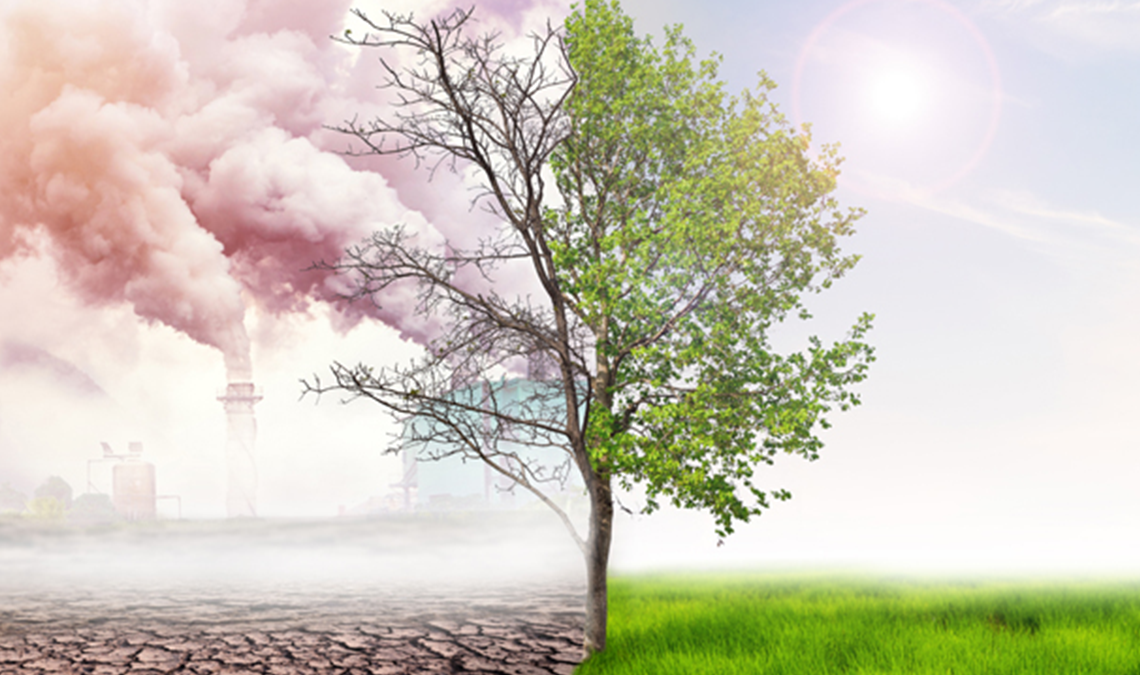 To tackle COVID-19 and climate change, government spending must deliver jobs and growth alongside deep decarbonization

The COVID-19 pandemic and subsequent lockdowns have led to a record crash in emissions. But it will be emission levels during the recovery—in the months and years after the pandemic recedes—that matter most for how global warming plays out, according to a new Nature commentary from researchers at the University of California San Diego.

While the skies have been noticeably cleaner, countries like the U.S., Mexico, Brazil, South Africa and others have recently relaxed laws controlling pollution and vehicle energy efficiency standards.

“This trend is worrisome because policy decisions being made now about how to save economies will determine how much CO2 enters the atmosphere over the coming decade,” said Ryan Hanna, lead author of the Nature piece and assistant research scientist at UC San Diego.

Some economies are already ticking upward, and so too emissions. Coal consumption in China, for example, has already returned to pre-pandemic levels.

Key in determining post-pandemic emissions is how governments choose to spend stimulus monies—whether they use it to prop up fossil fuel incumbents or bolster clean energy transitions already underway, according to Hanna and co-authors David Victor, professor of international relations at UC San Diego’s School of Global Policy and Strategy, and Yangyang Xu, assistant professor of atmospheric sciences at Texas A&M University.

Economic shocks, the authors note, can be critical industrial turning points. Past shocks have led to both increases and decreases in the growth of CO2 emissions. After the 1998 Asian financial crisis, emissions doubled largely due to growth of China’s heavy manufacturing and exports, all fueled by coal. By contrast, after the global financial crash of 2008, emissions growth halved over the next decade, aided by stimulus for green technologies—up to $530 billion in 2020 USD, or 15 percent of the total global stimulus. That’s promising as it shows that structural change and lower emissions are possible if governments provide support.

Whether the coming recovery is green or dirty will have an outsized effect on climate. According to the authors’ analysis, this year’s crash in emissions, by itself, would lead to levels of  atmospheric CO2 in 2050 about 10 PPM lower than the trajectory the world was on before the pandemic. By comparison, whether the recovery is green or dirty amounts to a difference of 19 PPM in the atmosphere by 2050—nearly double the impact on the climate.

Ensuring a green recovery will require government action. Yet, government responses have so far been mixed. The European Union and South Korea remain largely committed to their respective “Green New Deals,” while other governments are falling short.

The Trump Administration in March rolled back U.S. auto fuel economy rules, committing the nation to higher transport emissions—now the largest source of warming gases in the U.S. In the same month, China authorized more coal power plants than it did in all of 2019.

Indeed, many governments have signaled a narrow focus on immediate concerns of the pandemic, such as securing health, jobs and the economy, rather than protecting the planet.

That’s bad news for planetary warming. As the authors note, meeting the goals of the Paris agreement—limiting warming to well below 2ºC above pre-industrial levels—would require cutting emissions by an amount similar to that delivered by the current economic catastrophe every year for the next decade.

Charting a course that protects both jobs and the climate

How do you align the public’s urgent needs with the need to also limit warming? “Political leaders—and climate activists who want to help them succeed—should filter policy actions for the climate by what’s politically viable,” said Hanna. “In short, that means coming up with projects that deliver jobs and revenues quickly.”

Investing in sectors like renewables, energy efficiency and preserving the existing feat of zero emission nuclear plants can set the economy on track and deepen cuts to future emissions. Bolstering these sectors can deliver and save hundreds of thousands of jobs.

At the start of this year, more than 250,000 people worked in solar energy in the U.S. The pandemic has since wiped out five years of job growth in that sector — jobs that could return quickly if credible investment incentives were in place.

Investing in energy efficiency and infrastructure construction, such as erecting power lines and conducting energy retrofits for buildings and public transportation, is another large potential employer.

“The trillions devoted to stimulus, so far, have been about stabilizing economies and workers,” said Victor. “With a fresh focus that looks further into the future, the next waves of spending must also help to protect the climate.”

The EU Green Deal as a model for stimulus

Hanna, Victor and Xu write, “The European Green Deal is a good model for stimulus packages. It is a massive, €1-trillion (U.S. $1.1-trillion) decade-long investment plan that combines industrial growth with deep decarbonization and efficiency and has maintained political support throughout the pandemic.”

Existing firms will need to be involved in a green recovery because they are ready to restart, the authors recommend.  And a savvy political strategy would isolate only those companies whose actions egregiously undermine climate goals, such as conventional coal, and would ensure their workers are treated justly and retrained in new areas of employment.

The authors also recommend a sector by sector approach to decarbonizing the economy, as the policies needed to rein in the largest emitters in each sector differ.

“On our current path, emissions are likely to tick upwards, as they have after each recession since the first oil shock of the early 1970s,” said Victor. “The historic drop in recent months was too hard won to be so easily lost.”

To read the full Nature piece, go to the Nature website.