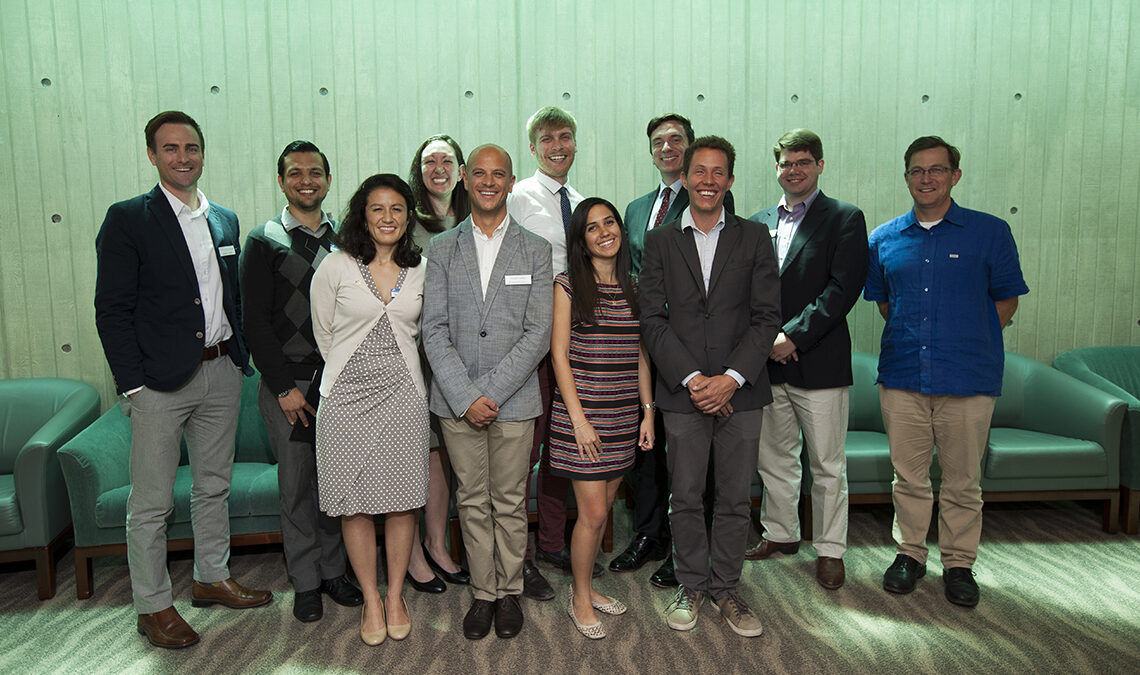 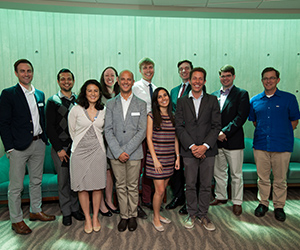 In advance of commencement on June 12, the UC San Diego School of Global Policy and Strategy (GPS) celebrated some of its top scholars from the class of 2016 at an awards luncheon at the Faculty Club.

“One of the real pleasures of teaching is those moments when people break out and do extraordinary things,” GPS Dean Peter Cowhey said at the gathering of select faculty, students and staff on May 13. “The great thing about this class is it has a number of extraordinary students in terms of academic achievement and how they have given back to the larger community as a whole.”

Beyond academic achievers such as Mark Buttweiler and William Honaker, who tied for the top GPA in the 2015-16 MIA cohort, and Alisha Tomita, a 2016 MAS-IA candidate who earned the MAS-IA Academic Achievement Award, Joaquin Velljo also is a case in point of Cowhey’s sentiments.

The award is in memory of Ayal Margalith, who passed away during his time in the program, and recognizes an MIA candidate who has shown leadership, excellence and devotion to the GPS student body and community. 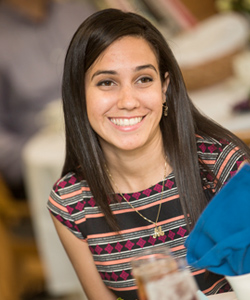 “I’ve never seen him so excited and so involved as when he was here,” Eli Margalith said in remembrance of his son, noting he was involved in the Baja Project, was a teaching assistant and on the dean’s list. “The support from the School and the students even five years later brings us tears. … I wish you all the best. Go out and make this world a better place.”

Another award with a personal hook, the Joseph Grunwald Award, was bestowed to Marla Recio Carbajal, 2016 MIA candidate.

The award honors Professor Joseph Grunwald and is presented to a student who has made significant contributions in the promotion of Inter-American understanding—among other achievement, Carbajal has spearheaded a spring break trip to Cuba for GPS students the past two years.

In addition, Will Fuller, 2017 MIA candidate, received the Doming Liu Award, which is bestowed to continuing students who exemplify the alumna’s spirit, wisdom, exuberance, warmth and sense of leadership.

Amid the heartfelt moments of the luncheon, there also were plenty of laughs, including from the professors who recounted their bonds built with students.

For Assistant Professor Jesse Driscoll, it was his initial encounter with Joey Corbin, 2016 MAS-IA candidate and a recipient of the MAS-IA Peer Award. Driscoll recalled seeing Corbin for the first time in the GPS courtyard, taking a photo of himself with a photo of himself on a GPS banner that hung outside the School.

“Joey has people skills,” Driscoll complimented. “That was probably why he was a natural focal point for his peers when they had to select someone from their class who values GPS and this program, including professionalism, scholarship, collegiality, integrity and service.”

Keeping up the humor, Cowhey also poked fun at himself in presenting the Language Achievement Award because, as he says, he is not as skilled in foreign languages as the recipient, Alexis Rivera-Ballesteros. The 2016 MIA candidate is versed in Spanish, Chinese, Italian, English, French and Portuguese. 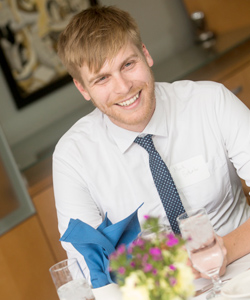 On the note of impressive achievements, Matthew Einberger, 2016 MIA candidate, received the Ruth Adams Award for the best analytical paper for his essay, “Lessons to be Learnt from Germany’s Energy Transition (Energiewende).”

Stephanie Vallerino, 2016 MIA candidate, and Buttweiler also tied for the Econometrics Prize.  Presented by Professor Craig McIntosh, also the winner of the 2016 Faculty Recognition Award, the Econometrics Prize is granted to second-year students with the best empirical paper on any research topic.

Vallarino’s paper was titled “Evaluating Spacesuit Technology for the Next Giant Leap: Gravity Loading Countermeasure Skinsuit,” and Buttweiler authored “Fracking Away the Competition: How the Fracking Revolution is Changing Political Processes in the United States.”

Buttweiler also was the recipient of the 2016 Dean’s Teaching Award. Voted on by first-year students, the award is bestowed to an outstanding teaching assistant.

“On behalf of all of my colleagues, what you have done at this School is remarkable. It is the excellence we want this School to be known for. Beyond that, it is the type of commitment we hope, at our best, we can always live up to. Thank you for your achievements, your spirit and your service.”

View photos from the awards luncheon.