From the benchtop to the real world 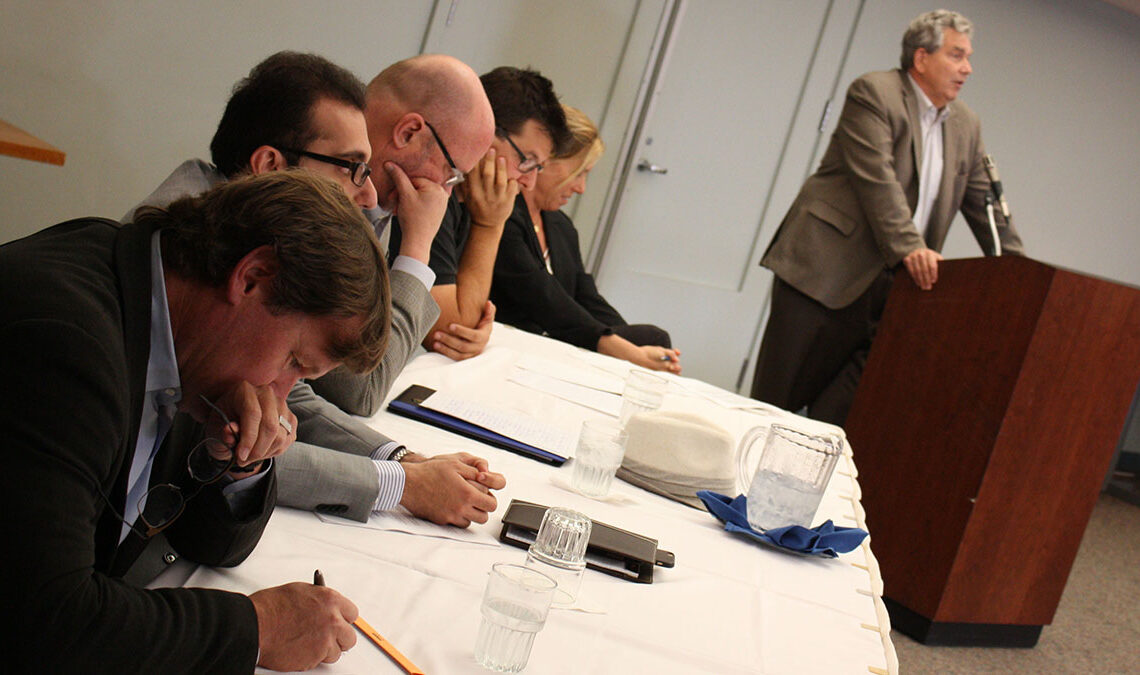 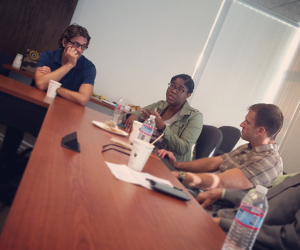 These Ph.D. candidates at UC San Diego comprise the 2015-16 cohort of the School of Global Policy and Strategy (GPS)’s Science Policy Fellows, a program in its second year at the School. Open to graduate students in UC San Diego’s STEM-related pockets of campus, including Jacobs School of Engineering (JSOE), Scripps Institution of Oceanography (SIO) and the School of Medicine (SOM), the program takes these students outside of their technical comfort zones. By pairing them with a faculty adviser(s) at GPS for one to two years to explore their research through the lens of a policymaker, GPS’s Science Policy Fellows are driven to shed light on the wider implications of their research.

“Pursuing a Ph.D. can cause us to get caught up in specialization and forget broader impacts,” explained Seale, a Ph.D. candidate in bioengineering at JSOE. “This program allowed me to think about taking my research from the benchtop to the bedside.”

Breaking down the science for a broader audience

Seale’s research regards organ-on-a-chip (OAC) technology. Essentially computer chips that are padded with living human cells to mimic human tissue and organs, OACs can serve as an in vitro approach to drug testing.

As part of her fellowship, Seale examined the ways in which policymaking during the development of the technology—such as through Food and Drug Administration regulation—would increase public confidence in the devices, perhaps to the extent that OACs could someday replace animal testing.

Administering her research from this viewpoint, Seale said “gave me the experience of learning how to effectively communicate my research to a broader audience while thinking of the policy ramifications.”

Cornwell concluded his fellowship with a similar outlook.

The Ph.D. candidate in chemistry and biochemistry focused on cloud seeding, a process by which aerosol particles are injected into clouds to induce precipitation. He explored the legalities of this geoengineering approach—such as navigating who has legal ownership of rain before it falls from the sky—and its potential impacts on California water resources.

“It certainly made me appreciate how people might look at my research,” Cornwell said of his fellowship, adding he was pleased to also hone an understanding of statistical analysis from his faculty adviser, Associate Professor John Ahlquist. “That outside perspective was pretty great.”

And for those faculty advisers who get to play that outsider, the rewards proved multifold, as well. 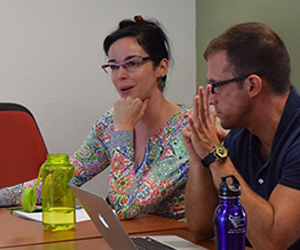 “This was a valuable opportunity for me to learn about some of the interesting discoveries and projects going on in other departments at UC San Diego,” said Assistant Professor Liz Lyons, who advised Seale alongside Professors Josh Graff Zivin and Roger Bohn.

Lyons said that the program offered a rare glimpse into how scientists interpret policy and their assumptions of how policymaking occurs.

With similar sentiments, Ahlquist added, “The cross-campus connections were huge. … The connection between public policy and applied scientific research, especially in the environmental science realm, is clearly growing.”

For Ahlquist, strengthening that connection meant encouraging the students he mentored to backpedal to the basics of their research to understand how to put the science in a policy context from the start.

Take Waterhouse as an example. The Ph.D. candidate at SIO focuses on developing more efficient methods to monitor and predict the health of marine species—a feat that heavily relies on fishery data.

Initially in her Science Policy Fellowship, Waterhouse wanted to direct her attention toward improving that data. “But (Ahlquist) pushed me to look at how current data is being collected and what it represented,” she explained.

What she found? Based on assessments of several commercial fishing logbooks, the data is “very messy,” riddled with unusually high reports of sea lions stealing white sea bass and many misidentified species.

As a result, Waterhouse will field a survey to better understand what fishery data actually represents, so researchers like her can make better use of it as well as make suggestions for improving collection efforts.

The Ph.D. candidate at SOM, mentored by Professor Emilie Haffner-Burton, co-director of the Laboratory on International Law and Regulation, put human rights at the core of her fellowship, looking at the ramifications of involuntary drug treatment centers in Tijuana. Through interviews of about 25 participants in a federally funded program in the region, Rafful exposed tales of discrimination, poor living conditions and violence in the centers, which deterred their treatment.

“I had always wanted to include a human rights perspective into involuntary drug treatment,” Rafful said. “This fellowship was a great opportunity to do so.”

And with $1,000 in funding from the Science Policy Fellows Program, Rafful hopes to bring this perspective back to the vulnerable population in a purposeful way.

“I would like to organize a gathering with some of the people that have suffered involuntary drug treatment in Tijuana and explain to them my findings,” she said. “At the same time, I can refer them to social and health services.”