Class of 2017 graduates bonded by change-making 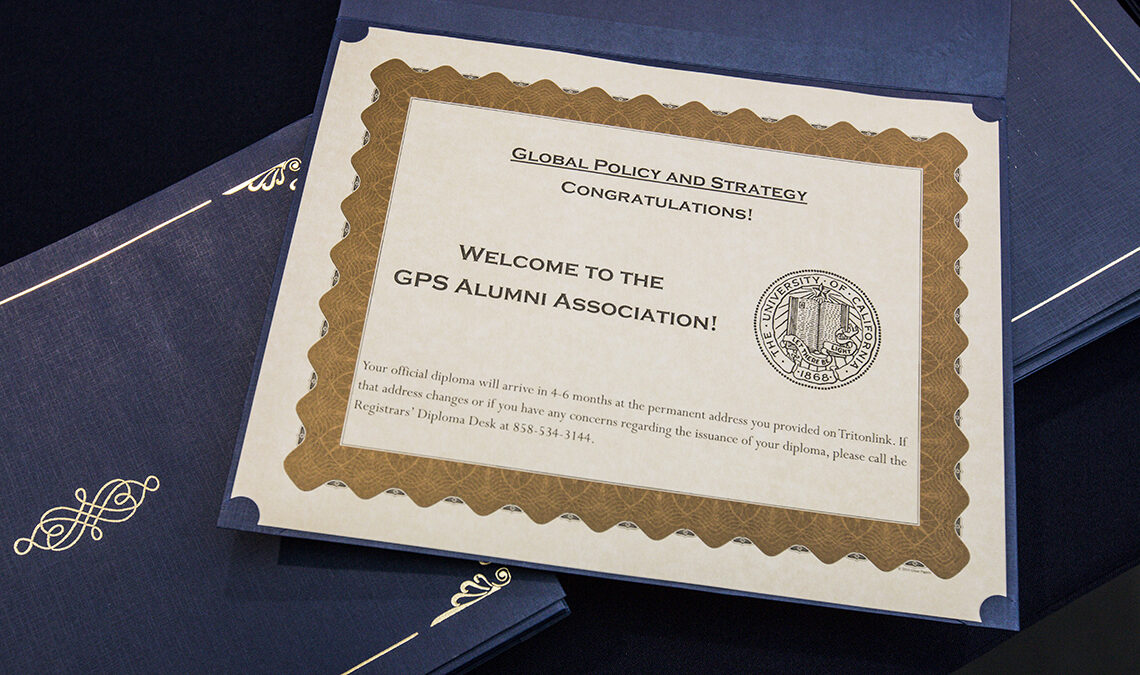 With a keynote by Bank of Mexico Governor Agustín Carstens, GPS graduated 148 students at its 29th commencement ceremony on June 18 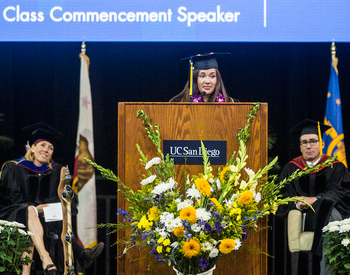 As the 29th graduating class from the UC San Diego School of Global Policy and Strategy (GPS) negotiated the stage that marked its passage from students to alumni, degree-holders walked away with more than a piece of paper in hand and hood drooped on their backs.

Collectively, they also carried a commitment to hard work, eagerness for understanding and a union beyond commiserating over their studies, declared Daniela Pardo-Yepez, MIA ’17, as GPS’s student commencement speaker.

“We come from countries as far as Chile, Korea, Russia and Vietnam,” Pardo-Yepez reminded. “This is a group of individuals who have no problem putting others first because they realize in the end it creates a more productive and rewarding environment, where we are all a part of the winning coalition. …  This has made us more than classmates and turned us into lifelong friends.” 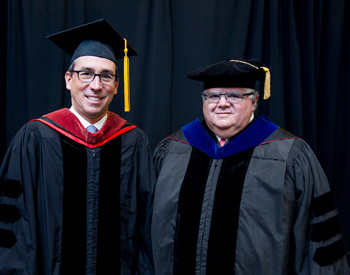 The ceremony followed UC San Diego’s all-campus commencement on June 17, featuring a keynote by His Holiness the 14th Dalai Lama. Dr. Agustín Carstens, governor of the Bank of Mexico, served as the keynote for GPS’s graduation, expanding on the value of relationship-building in policymaking and exampling the North American Free Trade Agreement.

Head of Mexico’s national bank since 2010, Carstens is a former minister of finance who has served as executive director of the International Monetary Fund and member of the G-20 Financial Stability Board steering committee. Later this year, he will become the first central banker from an emerging economy to assume the role of general manager of the Bank for International Settlements.

“As policymakers, we must recognize the reality that time changes many things,” Carstens said. “We must be more than makers of policy. We must monitor policy and change policy.”

Per GPS Acting Dean Gordon Hanson’s measurement, GPS’s class of 2017 is up to the test. 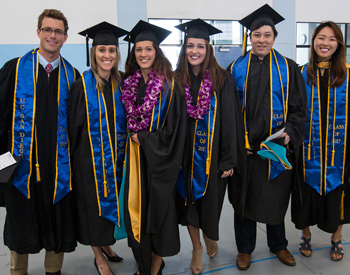 Cataloguing some points of pride from the 2017 cohort, Hanson recapped that 40 of the graduates held graduate student researcher positions, the class completed internships in 18 countries, and students banded together to spearheaded timely events and community services projects with real-world impacts.

“As we end this roller coaster ride, we should look at the people sitting next to us,” Pardo-Yepez concluded. “Our class has continually lifted each other up. … We will cherish every memory, and we will always belong to the GPS family.”