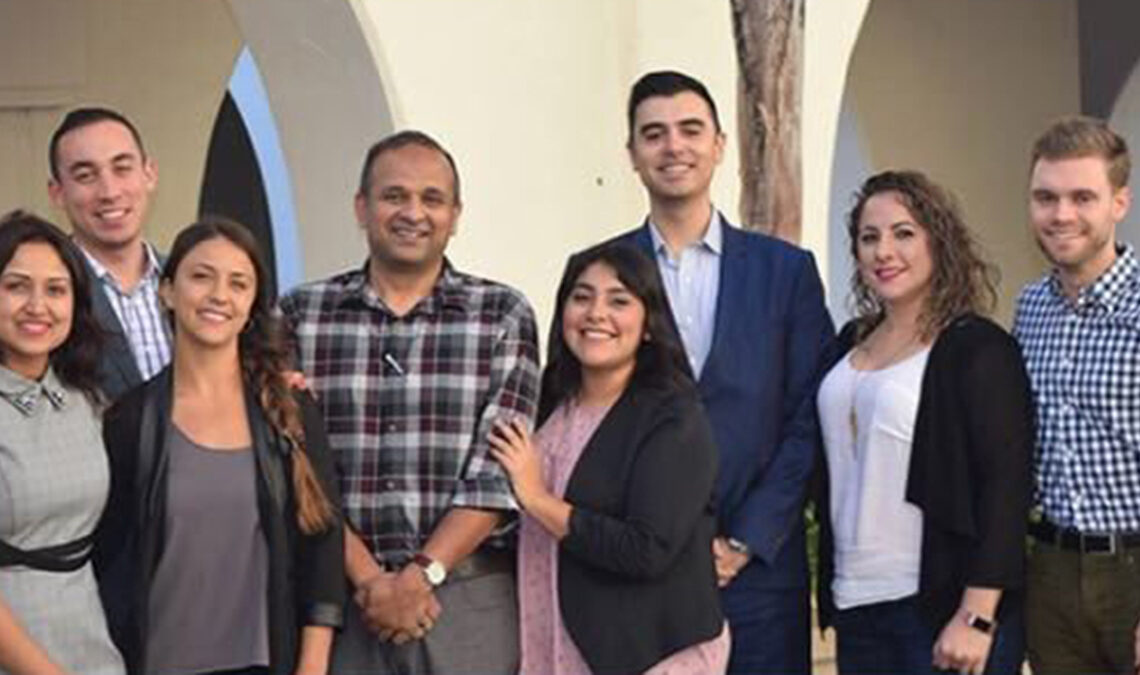 Richard Banks, MIA ‘18 and Brian Noveck, MAS-IA ’18 support the increase of trade and collaboration between the U.S. and Mexico at the border

It’s a rare opportunity to help determine the future of border relations. At UC San Diego’s School of Global Policy and Strategy (GPS), two students were invited to explore the creation, implementation and evaluation of public policy between the U.S. and Mexico. Since January, Richard Banks and Brian Noveck have had the opportunity to dive deep into research on Mexico and U.S.-Mexico relations.

Invited to participate in San Diego State University’s (SDSU’s) Global Business Program, sponsored by the Center for International Business Education and Research (CIBER), the six-month pilot included a partnership with six MBA candidates from SDSU, University of San Diego and the Center for Technical and Higher Education (CETYS University) in Mexico.

Funded by the Land Economics Foundation, the study was designed to close the data gap to better assess the investment required to build a joint use conference facility at the border.

“Given that the University of California system has 505 academics working on binational studies, the facility could be an efficient place to advance UC’s binational research collaboration as well as academic collaboration between a number of universities on both sides of the border,” said Carl Nettleton, consultant and project lead.

The facility would create a space for Mexicans and Americans to meet and collaborate freely, from academic to government leaders. Since no facility like this exists on any border in the world, students assisted with determining the feasibility of creating a space that could increase trade and collaboration between San Diego and Tijuana, and the U.S. and Mexico.

“The nature of this project was very intimate, mainly because it involved the research of a binational building structure that required knowledge of cultural ambiguities in business practices between the U.S. and Mexico,” said Banks. “I love learning about why different cultures have different paradigms when approaching international proposals.” 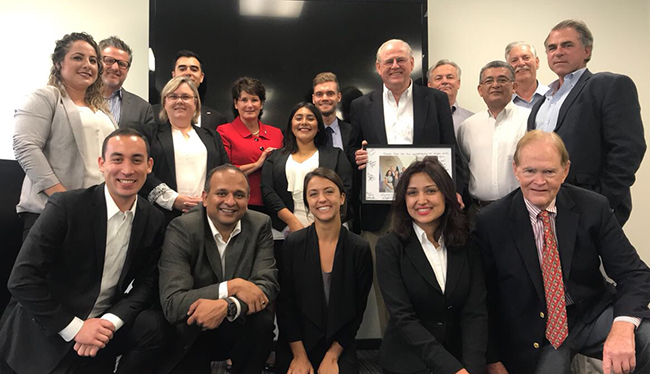 Throughout the six-month project, the student consulting team mostly worked with clients throughout Mexico to gather data for the study. Working in a binational team, students created a variety of fun traditions as a unit, including each student bringing food to meetings that celebrated their country’s cuisine. Apart from these traditions, Banks and Noveck enjoyed working with an extremely qualified and diverse group of intellectuals.

“The visits demystified the border and allowed me to unlock my own opinion of the region, which is one of promise,” said Noveck. “These will be relationships we will maintain for years to come.”

Some of the biggest issues the study analyzed were attracting San Diego residents to the border itself, whether from lack of interest (and lack of passport) or fear of safety. These preconceived notions can have a detrimental effect on trade, investment and development for the future.

“For any binational project to be successful, it is vital that we lose these sentiments through effective marketing strategies that promote the border reach as a place for learning and growth,” said Banks.

When asked about the greatest insights learned, both students discussed the value of interviewing their Mexican classmates, including their thoughts on the project. Banks cites that Mexican students tended to downplay the profit motives, and emphasized the humanitarian and immigration opportunities that the facility could participate in.

“There are so many synergies felt between San Diego and Tijuana, that if one city can gain, it shouldn’t be felt as a loss to the other,” said Noveck. “Most importantly is continued collaboration. We’re living in a historic time for geopolitics.”

The chance to collaborate with CETYS, a premier educational hub in Mexico, was an invaluable resource for American and Mexican students. Interviewing key regional government organizations that focus on areas such as culture and education, the project exposed successes of binational work, particularly efforts to further connect the CaliBaja region.

“Given the current political climate between our countries, it is imperative to have a strong binational community and it starts with projects like these that unite students in a professional level,” said Gethsemani Galicia, CETYS Ensenada student and the team’s logistics officer. 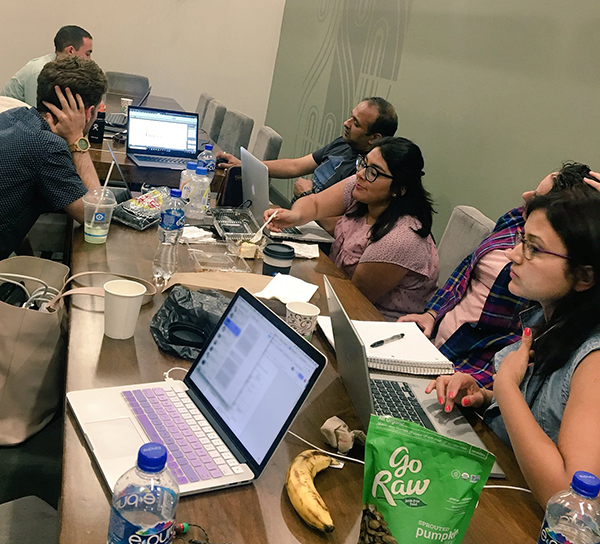 “The project has the potential to reshape the way we envision the international border,” said Gonzalez, CETYS Tijuana student and the team’s foreign language officer. “Our research required us to interview the region’s top business, academic, civic and government leaders from both sides of the border. Working in the global business project was an incredibly enriching experience.”

An ever-growing initiative, the Global Business Program hopes the proposed facility could increase intercultural communication and binational relations, setting the foundations for a successful collaborative relationship between San Diego and Tijuana. A place where Mexicans and Americans can engage freely and collaboratively.

“The border can be seen as a place to come together rather than an obstacle to cross,” said GPS Career Services Director David Robertson. “We are thrilled that our students are involved in such a monumental project.”