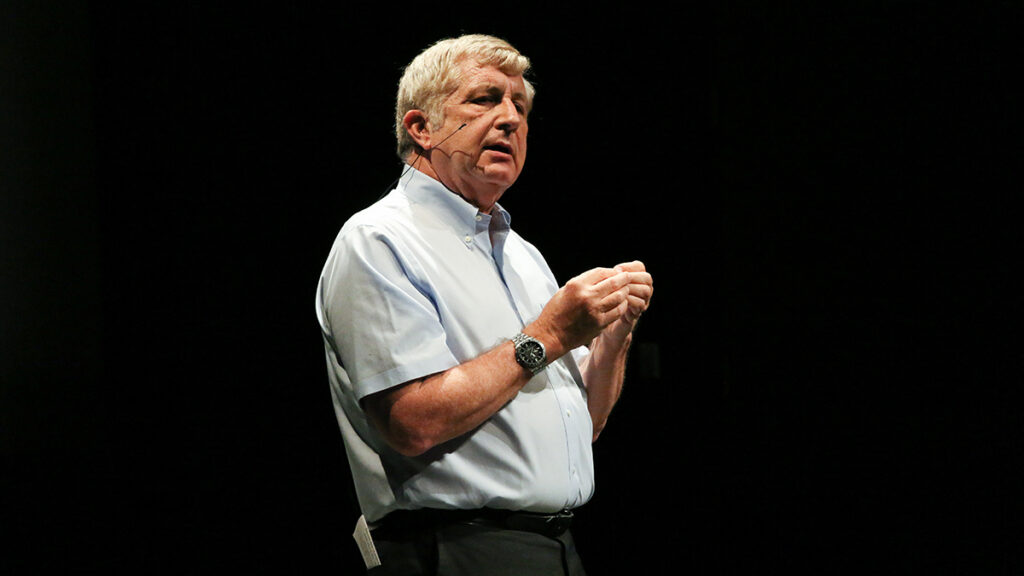 One of America’s most highly respected economists working on China, GPS Professor Barry Naughton revises his groundbreaking textbook on Chinese growth and adaptation 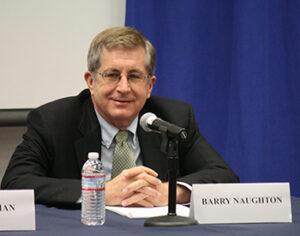 At the UC San Diego School of Global Policy and Strategy (GPS), Professor Barry Naughton, who holds the Sokwanlok Chair of Chinese International Affairs, is an authority on the Chinese economy. He authored a touchstone textbook in 2006 that built the framework for future experts on China’s economic policy.

However, China’s landscape has changed a great deal in ten years. When Naughton’s first edition was published, China was in the middle of a momentous growth period. He explains that while we expected that growth to continue, China is now struggling with an inevitable slowdown.

“In writing the new edition, I got to a point where there was enough qualitative change in China for an overhaul,” said Naughton. “I wanted to look at the deep systemic and policy conflict between China and the U.S. in present day.”

“A decade ago, you didn’t lose anything if you thought of the Chinese economy as being in a transition to a mixed market economy,” said Naughton. “In today’s current environment, that doesn’t seem right. They were converging and now they are diverging.”

In the age of information technology, Naughton still salutes textbooks, though his new book will be more experimental in nature. Characteristic of a reference work, Naughton hopes GPS students will keep it on their shelves, with automatic updates and learning materials available via the book’s website. 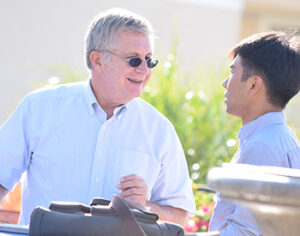 Inspired by the caliber of students at the school, he is also a chief architect in the launch of the new Master of Chinese Economic and Political Affairs (MCEPA) degree at GPS. Admitting its first class in fall 2017, Naughton believes this degree will enable students to be their own “China expert” in business, government or academia.

Expanding upon a traditional capstone class, MCEPA students spend six months doing fieldwork and writing a final paper, offering rigorous social science training and a comprehensive look at the “strange contradictions and contrasting currents in China” as highlighted by Naughton.

“The catalyst for the degree was the belief that China had become academically rich and open enough to support this intensive study,” said Naughton. “We had a critical mass both in terms of people teaching classes and their extended network in China.”

Naughton is also excited to expand his work of China’s economy. While China is changing rapidly, he cites UC San Diego as the one of the top places for objective interpretation in academia, with GPS at the helm.

“The school is a slam dunk, based on the number of people in different related disciplines interacting and throwing ideas around,” said Naughton. “It’s such an intellectually alive place and a very stimulating environment for me.”

With over twenty years at GPS, as well as teaching course at the undergraduate level, Naughton credits the students for keeping him motivated…and on his toes.

“Students constantly have their own interesting perspectives and challenge you to make sense and be clear about what you’re saying,” said Naughton. “I love the interaction with students.”