What is the Best Way to Encourage Innovation? Competitive Pay May be the Answer 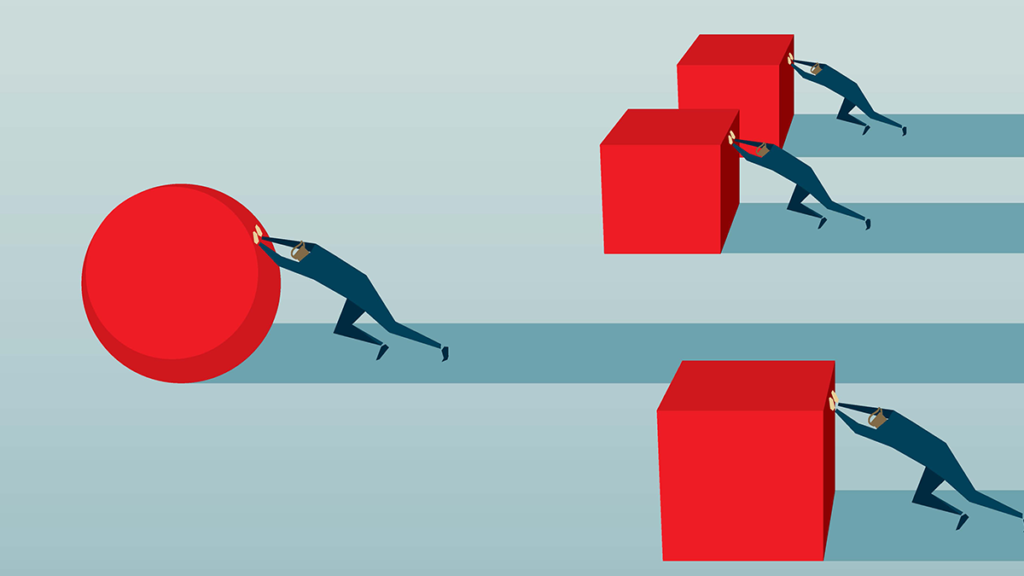 Economists and business leaders agree that innovation is a major force behind economic growth, but many disagree on what is the best way to encourage workers to produce the “think-outside-of-the-box” ideas that create newer and better products and services. New research from the University of California San Diego indicates that competitive “winner-takes-all” pay structures are most effective in getting the creative juices flowing that help fuel economic growth.

The findings are based on a study authored by professor of economics Joshua Graff Zivin and assistant professor of management Elizabeth Lyons who partnered with Thermo Fisher Scientific, one of the globe’s largest bio tech companies, in creating a contest for the Baja California office. Participants in the competition, which was open to all non-management employees of Thermo Fisher and other tech companies in the region, were asked to design digital solutions to help share medical equipment across small healthcare clinics in the region.

The competition was created to test which of two common compensation models produced more novel ideas. Those who signed up were randomly selected to compete in either the “winner-takes-all” category, in which there was one prize of $15,000 awarded to first place, or the “top 10” category, in which the same amount of prize money was spread out among the top 10 entries.

“Participants under the winner-takes-all compensation scheme submitted proposals that were significantly more novel than their counterparts in the other scheme,” said the authors of National Bureau of Economic Research (NBER) working paper, who both hold appointments with the UC San Diego School of Global Policy and Strategy. “While the two groups did not statistically differ from one another on their overall scores, the risk taking encouraged by the competition with a single prize resulted in innovators pursuing more creative solutions.”

They added, “These findings are significant because the 21st century economy is one that prizes novelty. Firms view it as an important source of comparative advantage. It is also an essential ingredient in the development of technological breakthroughs that transform markets with major impacts to consumers and producers.”

Most modern-day mechanisms created by chief technology officer (CTOs) and management gurus designed to spark innovation often rely on performance-based-pay and hinge on assumptions regarding the ability and ambitions of employees and their risk preferences. However, the results from the NBER paper show that with identical groups of innovators, companies can increase the innovative output of employees just by changing how they pay them.

“Those competing for one big prize had to push further in making their results creative; however what is most surprising is that this is a relatively low-cost way for companies to induce more radical innovation,” Lyons noted.

The entries were judged by a panel of six experts. Half of the judges were from industry (Thermo Fisher and Teradata) and the other half were from academia (computer sciences professors from local universities in the Baja California region).

The novelty of the submissions was evaluated on a scale from one to five, relative to what is currently and/or soon to be available on the market. The lowest possible score of one was given for proposed solutions already on the market and the highest score of five was awarded to submissions in which no one else has thought of a similar idea.

Those who entered could work as an individual or in teams. The results of teams vs. individual entries in both categories are consistent with other studies, showing that teams with diversified skill-sets and deepened professional experience produced better entries than that of individuals.  However, the team entries in the “winner-takes-all” category were again more novel than the group work in the “top 10” category.

Subsequently, participants in both categories were surveyed on their risk preferences. Not surprisingly, those less averse to risk performed better in the “winner-takes-all” category.

The results also revealed that women who submitted entries in the contest performed better than average in both categories of the competition.

In conclusion, the authors noted that genius is not created by incentives, but empowered by them.

“It is important to recognize that incentives alone are insufficient to spark creativity,” they wrote. “More work is required to understand the raw ingredients that shape the relationship between creativity and compensation.”

Understanding human capital, innovation and the future of work is among Graff Zivin and Lyons teaching and research interests at UC San Diego’s School of Global Policy and Strategy.