Veronica Valdez on ‘rolling up your sleeves and going for it’ 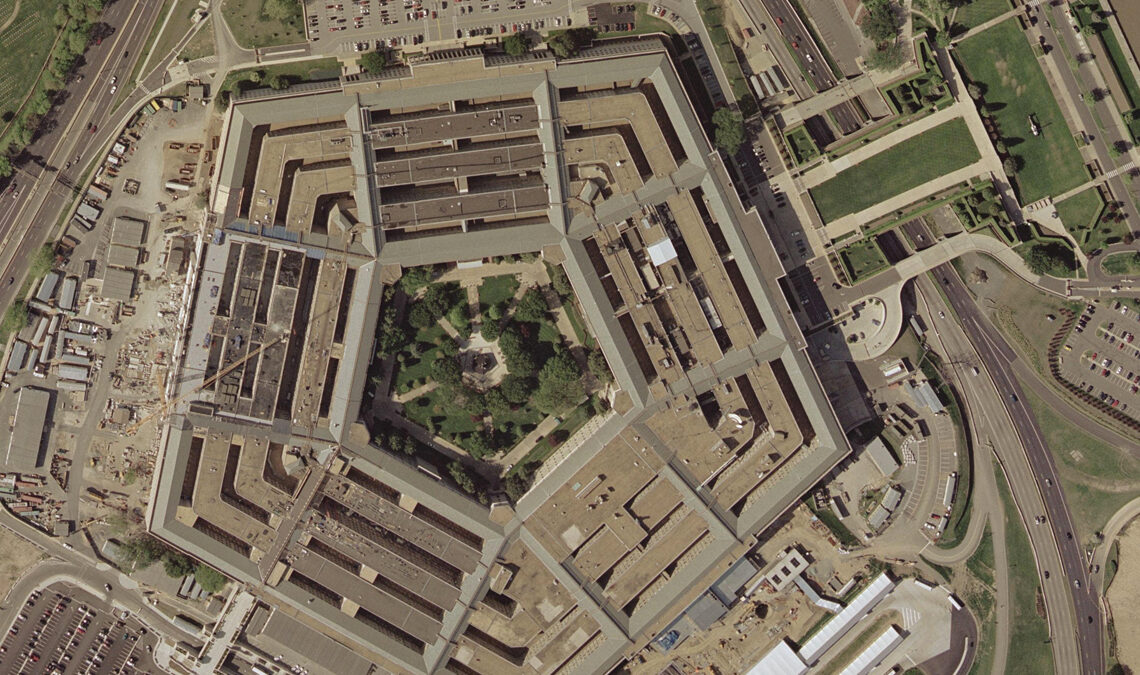 The alumna outlines how following her instincts took her on a roundabout way to a career in the U.S. Department of Defense 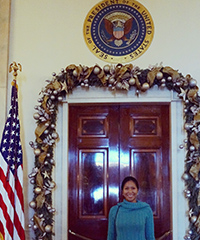 Once the President Barack Obama administration concludes, she along with fellow political appointees at the Pentagon will draft up resignation letters to the president and make way for the next administration to fill in.

The alumna, a special assistant at the Office of the Secretary for the Air Force, seems no where near fretting about what her future might hold, though. She merely plans to stick to what she knows best.

“I’ve always followed my gut,” she said. “And I haven’t really looked back.”

As a special assistant, Valdez finds herself at the “political pulse” of the U.S. Department of Defense.

“It is very much making sure everyone is folded into the decision-making processes,” Valdez explained.

But it’s not a job she’d always had on her radar, so to speak.

Valdez entered the UC San Diego School of Global Policy and Strategy (GPS) with her mind set on being a diplomat. While that’s not in her formal title now, she’s been able to act as one in representing the U.S. during her work travels abroad.

“It’s been kind of circular in that way,” she said, noting she did take an atypical way to get to where she is today. “I always say, if you’re interested in something, just roll up your sleeves and go for it. The worst case scenario is you learn something.”

It’s a practice Valdez even put in play when applying for graduate schools after earning her B.S. in business administration from the Ohio State University.

“I wanted to focus on the Asia-Pacific,” she said. “There were only a few places known for that. GPS felt like the right fit for me, and it was the only School I applied to. I said, ‘If it’s meant to be, I’ll get in.’”

While at the School, she also completed a yearlong study abroad at Peking University to learn Mandarin and Chinese through the UC San Diego Education Abroad Program. Now, she continues her involvement as a Washington, D.C., alumni club leader.

After graduation, she returned to Australia, where she grew up, to put her degrees to use at Citigroup Inc. Realizing investment banking may not be her best fit, Valdez recalled at that time, “I was thinking I would love to learn more about political elections.” 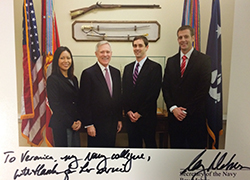 And so she went for it, uprooting herself from Sydney to return to the U.S. and hit the campaign trail, thanks to some friendly connections she had at the Obama administration. Valdez ultimately was stationed in Michigan as a field organizer during the 2008 campaign, which required her at times to knock on the doors of voters.

After the election in 2008, she began knocking on even bigger doors—Congress’s door, to be exact—as a program associate for the health policy program at New America Foundation. The job, however, became short-lived when she received a call to serve as a special assistant in the Office of the Secretary for the Navy.

“I had never really thought about working for the administration,” Valdez said. “I didn’t know what that was about. I had just wanted to work on the campaign.”

Adding to that, Valdez also said she’d had no military exposure, with the exception of a couple of defense courses at GPS. That outsider’s perspective, however, was just what the Navy was looking for.

Cut to five years later in 2014, and Valdez who had gain confidence in the national security sector, continued to hone her wits on it as a fellow with the Truman National Security Project. Still, she was ready to learn more, leading her to transition into the Office of the Secretary for the Air Force.

“I haven’t had a long career, but I’ve had amazing opportunities with amazing people,” Valdez noted. “I’ve learned so much in the national security world, and I’d love to stick to national security.”