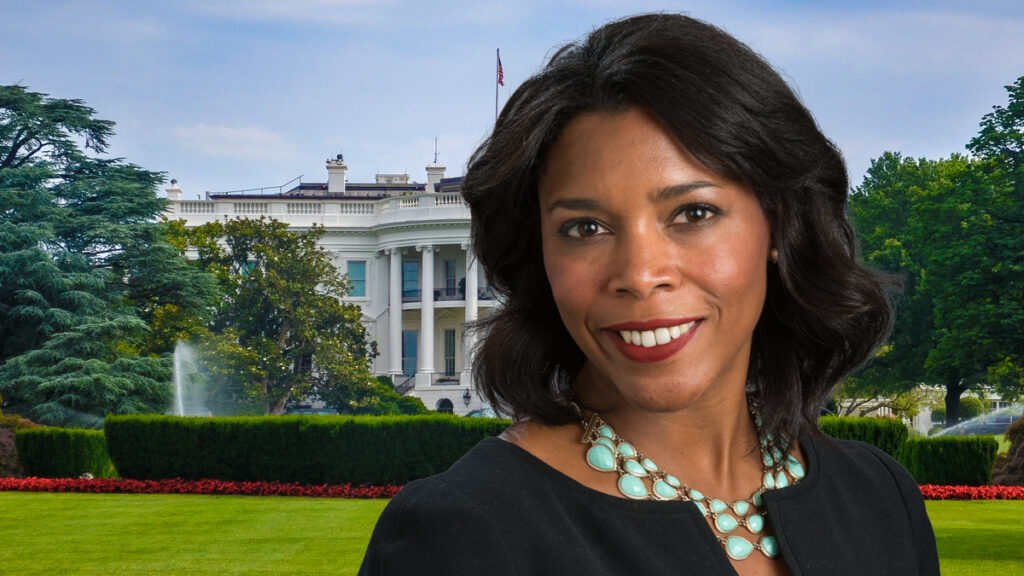 Renee Bowen, the Pastor Faculty Fellow at the University of California San Diego’s School of Global Policy and Strategy and the Department of Economics, has been selected to serve in the Biden administration as the senior economist for trade with the Council of Economic Advisers (CEA).

The professor of economics and director of the Center for Commerce and Diplomacy (CCD) will share her expertise with the administration, focusing on international economic matters and coordinating with other agencies including the Office of the U.S. Trade Representative, National Security Council and the Committee on Foreign Investment in the U.S.

“I am extremely excited to serve in the Biden administration by providing expertise on economic policy based on data, research and evidence,” said Bowen.  “I look forward to creating more opportunities to bridge the worlds of policymaking and academia to help build a better future for the United States and the world.”

For the past year, Bowen served on Gov. Gavin Newsom’s Council of Economic Advisors, where she advised the governor and California’s Department of Finance director Keely Martin Bosler on wide-ranging economic issues.

“Dr. Bowen’s ongoing research on political economy, microeconomic theory and international trade is widely valued in public-policy decision making at the highest levels,” said UC San Diego Chancellor Pradeep K. Khosla. “Her experience in governance including advising California’s leaders on the complexities of global economic policy will be a tremendous asset to the Biden administration and to our nation.”

An expert on international economics, political economy, and microeconomic theory, Bowen will assist CEA by focusing on trade and its national and international impacts, including its influence on supply chains, wages and prices. The appointment is for one year.

She has previously worked as a consultant at the World Bank on international trade policy for Sub-Saharan Africa and was an investment banking analyst at J.P. Morgan Securities.

Bowen added that upon her return, she will be able provide UC San Diego with important experience on the role scholarly research plays at the federal policymaking level.

In Bowen’s absence, Lawrence Broz, associate professor of political science and associate director of CCD, will serve as the interim director of the center with the assistance of Fabienne Perlov, the center’s new project director. Perlov most recently served as the executive director of the San Diego Diplomacy Council.

“I am grateful for everyone who has supported the center’s vital mission during this year,” Bowen said. “This has been an extraordinary year for CCD, despite the COVID-19 pandemic. In fact, our focus on providing high-quality research and serving as a forum for academics, policymakers and business leaders to discuss strategies to advance global economic cooperation has never been more relevant. I look forward to continuing my role in growing the center when I return to UC San Diego.”

CCD researchers and affiliates have been at the heart of pressing policy discussions, including the reform of the World Trade Organization, new trade agreements, climate change policies and small business recovery from the pandemic. The center has continued to play a fundamental role as a convener of leading minds. It has featured speakers such as former Secretary of State Condoleezza Rice, the Prime Minister of Jamaica Andrew Michael Holness and the former CEO of General Electric Jeff Immelt.

After earning her civil engineering degree at Massachusetts Institute of Technology, Bowen discovered a passion for economics during her time on Wall Street at JPMorgan Chase. She then earned a master’s and doctoral degree in the field from Georgetown University. She has since had various appointments at world-class institutions, most recently at Stanford University before joining the faculty at UC San Diego’s School of Global Policy and Strategy where she expanded her interest in economics and game theory.

Originally from Kingston, Jamaica, Bowen has given back to her home country through policy advisory work. She previously served on the Economic Advisory Council to the Prime Minister of Jamaica.

Economic cooperation is at the center of Bowen’s teaching and research at the School of Global Policy and Strategy, as well as CCD’s mission.

“In addition to the technical components of global policies, economic cooperation requires a clear understanding of governance processes and institutions at different levels of decision making,” Bowen said. “When it is successful, it yields mutually beneficial international trade and foreign investment outcomes, which are key components of the overall objective: enabling peace and prosperity.”