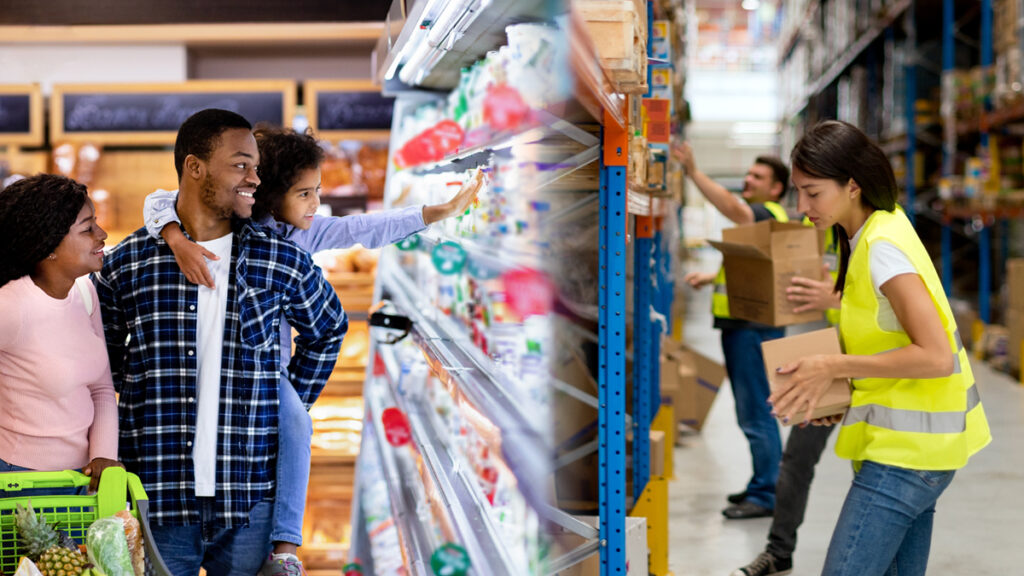 Can the World Trade Organization (WTO) ensure that trade works for all?

In a public talk as part of the Center for Commerce and Diplomacy (CCD) Global Leaders Forum, WTO Director-General Ngozi Okonjo-Iweala discussed the complex issues facing our global economy, explaining that trade plays an important part in providing much-needed solutions to meet the challenges of our time. The center is based at the UC San Diego School of Global Policy and Strategy (GPS).

“But trade will not be able to realize its full potential to serve these ends if the majority of people see it as a threat,” Okonjo-Iweala said.

Okonjo-Iweala addressed many misconceptions about trade, noting a multitude of benefits, such as how trade and open global markets have helped to lift roughly a billion people out of poverty and led to more choices and better prices for many goods and services. Trade provided a vital lifeline during the COVID-19 pandemic, she noted.

Okonjo-Iweala also acknowledged that while trade provides many benefits, those benefits are felt unequally around the world, resulting in trade being blamed for job losses and wage stagnation in many sectors – though bigger culprits such as technology are often to blame.

“We should recognize that trade is an easy scapegoat for political anger,” Okonjo-Iweala said.

Okonjo-Iweala advised that countries cannot afford to be complacent in the face of evolving technology and shifting consumer preferences, and turning away from trade will not solve any of the problems countries currently face.

“Governments need to help workers adjust and thrive amid these changes,” Okonjo-Iweala said. “Policy choices make a huge difference. If we don’t make trade work for all of us, there’s a good chance it will end up working for none of us.”

Blazing a trail at the WTO

Okonjo-Iweala, an economist who served twice as Nigeria’s Finance Minister, was ranked by Fortune magazine in 2015 as one of the 50 greatest world leaders. She is the first woman and first African to hold the top position at the WTO.

In a question-and-answer session, Okonjo-Iweala discussed the fine line she must navigate as a Black woman in a position of power. She recently coauthored a book with Julia Gillard, former prime minister of Australia, on the subject, titled “Women and Leadership: Real Lives, Real Lessons,” in which they interviewed a number of female world leaders about the additional challenges they face.

“We noticed in spite of vast cultural differences, as women leaders we were having the same kinds of experiences,” Okonjo-Iweala said.

One common thread, Okonjo-Iweala noted, is that a woman who speaks too gently is perceived as not strong enough for her role; conversely, if the same woman appears too strong or direct, she is considered overly aggressive. Women of color are especially vulnerable to this scrutiny, she said.

“The challenge is when you walk into a room, people see your color or what you are wearing before they see you. They are already making judgments about whether you are up to the job before you speak,”  Okonjo-Iweala said. “My father always told me that if people think that way, it’s their problem, not yours. So I focus on what I have to say, and the minute I start talking and what I have to say makes sense, they forget I am a woman of color.”

Bringing leaders on the global stage to GPS

“Bringing global leaders like Ngozi Okonjo-Iweala to UC San Diego reminds us that this is not just an academic exercise: we see that real people across the U.S. and the world have been left out of the benefits of globalization and technological progress,” said Renee Bowen, CCD director. “We also see that economic cooperation is part of the solution, not the problem. Okonjo-Iweala demonstrated that the only way to find answers to increased inequality is through deliberate, constructive communication informed by data – that’s diplomacy.”

Okonjo-Iweala’s public talk was part of a larger, invitation-only forum for academics, business leaders and policymakers titled “Future of the Global Trading System: Trade and Labor Markets.” The conference addressed rising inequality in the U.S. labor market and its consequences for international trade, and attendees aimed to develop solutions in this conference, with a takeaways document forthcoming.