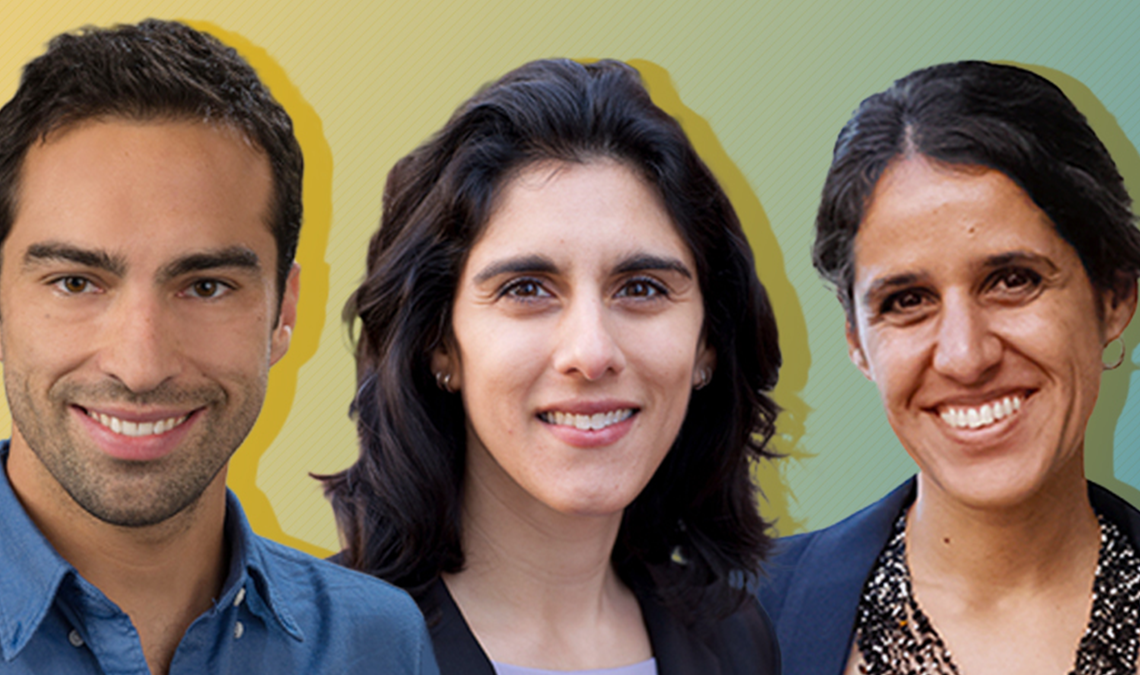 What does taxation in Latin America, the psychology of decision-making and the authoritarian roots of public education have in common? These are the topics of research projects spearheaded by three UC San Diego School of Global Policy and Strategy (GPS) assistant professors who have been named Hellman Fellows for 2020-21: Francisco Garfias, Uma Karmarkar and Agustina Paglayan.

The Hellman Fellows Program, established in 1994 by Warren and Chris Hellman, assists junior faculty by funding their research endeavors. The program was established to support and encourage junior faculty to pursue research projects and creative endeavors with the goal of enhancing their candidacy for tenure. This year, the prestigious fellowship was awarded to 13 UC San Diego professors, three of whom teach at GPS.

“We are proud to have such a stellar cast of innovative analysts as assistant professors in our ranks at GPS,” said GPS Dean Peter Cowhey. “The school has a bright future with their contributions, and I have no doubt the Hellman Fellowship dollars will be a great help in propelling their research forward.” 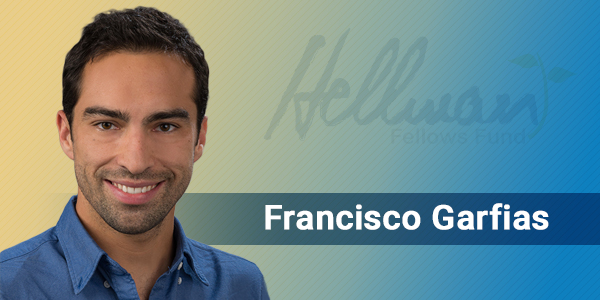 Francisco Garfias, who joined the faculty in 2016, studies the political economy of development, with a focus on state capacity, taxation and social conflict in Latin America. He said he was thrilled to learn that he had been selected as a Hellman Fellow.

“In addition to this being a very encouraging recognition, the fellowship will allow me to continue developing a research agenda centered on the question of how governments are able to raise revenue in less developed countries,” Garfias said. “Understanding what drives the capacity to collect taxes is important because we know it is closely tied to development trajectories – and because revenue itself is an essential prerequisite for the provision of government services and public goods, which directly affects the welfare of citizens.”

Garfias said the fellowship funds will support a project in Mexico City, where he plans to research the fiscal contract between citizens and the local government. The idea of a fiscal contract is straightforward, he said, because no government can perfectly enforce tax revenue collection, and so administrations routinely rely on voluntary compliance by taxpayers.

“This creates an opportunity for citizens to hold their government accountable: in exchange for voluntary compliance with their tax obligations, citizens can demand policy or public services,” he said. “Despite how compelling this idea is in principle, there are still important gaps in the existing evidence about whether these types of contracts exist and what conditions are needed to support them.”

His research will empirically examine key aspects of this idea of a fiscal contract using data on political participation, public infrastructure investment and administrative records on property tax compliance.

Garfias said that since he is broadly interested in state development, historical research is also an important part of his work. Often in his research, he discovers fascinating parallels between current events and historic episodes, such as in a recent project inspired by the ongoing health crisis with the novel coronavirus pandemic.

In this project, co-authored with Emily A. Sellars at Yale University, Garfias examined how extraction by government officials changed in the aftermath of epidemics in colonial Mexico.

“We take advantage of the practice of office selling of colonial positions at the time, and of the idea that sales prices of the position of district administrator reflected opportunities for extraction in those districts,” he said. “We find that, while the price that aspiring officeholders were willing to pay does not change or even declines following epidemics in most districts, it actually markedly increases in districts with public granaries.”

In those districts, he said, officials were able to manipulate food prices and supply for personal gain during crises.

“This finding is reminiscent of recent cases of corruption related to the COVID-19 crisis, including alleged insider trading by members of Congress in the U.S. and over-invoicing in the acquisition of medical equipment in Brazil and Mexico, to give only a few examples,” Garfias said. 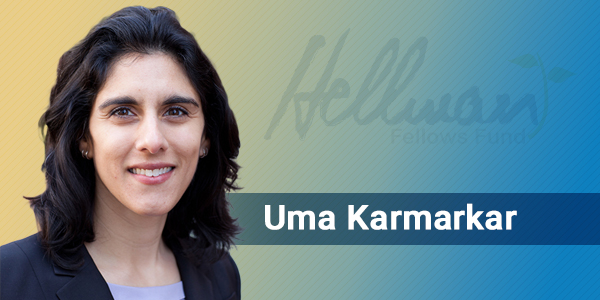 Uma Karmarkar holds a joint appointment with the Rady School of Management and has worked at UC San Diego since 2017.

“I deeply appreciate the generosity of the Hellman Fellows Board of Directors for providing scholars at UC San Diego with this kind of support to pursue ambitious ideas,” Karmarkar said. “I am proud to join the excellent academics on this list.”

“Some of my recent studies have shown that the way we think about the options in a set – independently or collectively – can influence the kinds of choices that we make,” she said. “To help understand this better, I am starting to develop experiments aimed at understanding how people engage with different options in a set and which types of options capture the most attention. A separate stream of my research looks at how we use incomplete information under uncertainty – when we have to make choices, but know that we don’t have all the knowledge we need.”

Karmarkar said her time at GPS has allowed her to connect a deep understanding of the psychology of decision-making with potential applications and domains of use in the policy world.

“I hope to be able to use the knowledge from my experiments to guide opportunities for policy organizations to offer ‘choice environments’ that help people make important decisions with confidence,” she said. 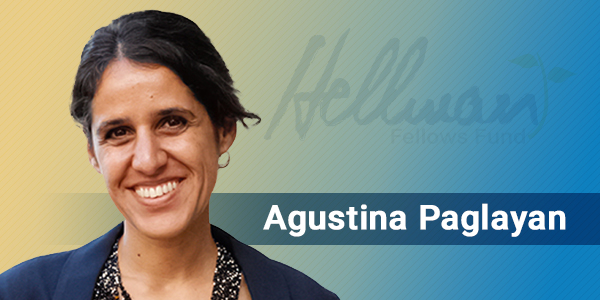 Agustina Paglayan, who joined the faculty in 2018, holds a joint appointment with the UC San Diego Department of Political Science. She said the fellowship will help fund work for her book project, which examines the authoritarian roots of public education and its implications for present-day education systems.

“In the book I argue that mass education systems around the world usually emerged not to promote skills and empower people but to shape them into well-behaved and docile citizens,” she said. “This indoctrination purpose, I argue, can still be seen in the way classrooms around the world continue to be structured today.”

Paglayan said the book also argues that interest in using education as an indoctrination tool was especially acute after mass protests that threatened to destabilize the existing order.

“In response to these protests, elites expanded education – not as a concession to protesters but to convince future citizens to accept the status quo, elite authority and their place in society,” Paglayan said. “While this is an argument I developed by studying the expansion of mass education in nineteenth-century, non-democratic Europe and Latin America, the Hellman Fellowship funds will help me test whether this argument travels to a very different setting.”

One specific area of interest is how education policymakers responded to the U.S. civil rights movement.

“By analyzing textbook reforms, I will be able to say something about whether education policymakers in the South responded to Black peoples’ political activism by reforming education systems to empower Black children or to convince Black children that their problems were not as bad as they might think,” she said. “My hope is that this work will help us anticipate the likely reactions of white elites to the racial protests we have seen this year, particularly their policy responses in the realm of K-12 education.”

Paglayan has a forthcoming paper related to the project, “The Non-Democratic Roots of Mass Education: Evidence from 200 Years,” which will soon appear in the American Political Science Review (APSR).