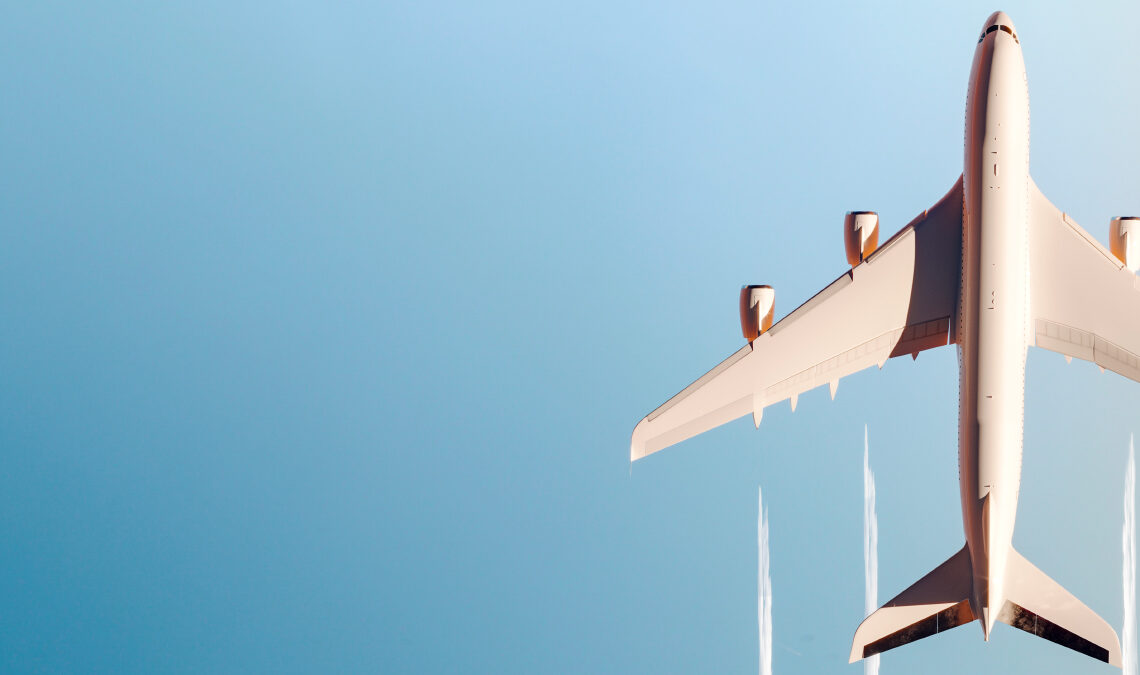 Aviation’s growing impact on the climate crisis requires radical solutions that may upend the industry, according to a new Nature commentary article from the University of California San Diego School of Global Policy and Strategy.

Globally, the industry generates roughly 1 billion tons of CO2 per year, which is comparable to Japan, the world’s third largest economy. Moreover, emissions from flights have been rising by about 2.5% each year. Without bold solutions, the industry is on track to, over the next 30 years, produce more CO2 than that of its whole history.

While renewable energy has scaled up to replace fossil fuels in power generation and both supply and demand of electric vehicles continues to increase, no carbon-free replacement technologies exist at adequate scale to address pollution from aircraft.

“Most strategies that governments and firms are pursuing today rely on familiar technologies. That approach looks shortsighted because many of these technologies don’t work at scale,“ said coauthor David Victor, professor of innovation and public policy at the UC San Diego School of Global Policy and Strategy co-director of the Deep Decarbonization Initiative. “Eliminating aviation’s impact on global warming requires major disruptions to how the industry operates today. The longer that reality is evaded, the harder it will be to find effective solutions.”

The Nature piece comes ahead of assembly of the International Civil Aviation Organization (ICAO) in Montreal, Canada, from Sept. 27 to Oct. 7, where representatives from 193 nations will try to negotiate an industry-wide target for cutting emissions from the sector.

Victor and coauthor Steffen Kallbekken of the Center for International Climate Research outline why the two most commonly proposed solutions—cleaner fuels and carbon offsetting—that will likely be discussed at the meeting are grossly inadequate.

Carbon offsetting is a reduction or removal of emissions of greenhouse gases (e.g., through land restoration or the planting of trees) that is used to compensate for emissions that occur elsewhere. According to the authors, the track record of reliable accounting in these industries is poor.

“Even with oversight, forest projects are often plagued by wild assumptions, for example that trees would disappear from these areas in the absence of those projects,” they write.

On the other hand, cleaner aviation fuel, which currently comes from conventional biofuel feedstocks such as vegetable oils, may be impossible to produce sustainably in sufficient volumes and at low enough prices to replace all jet fuel. Achieving the levels of clean fuel adoption that many governments and firms aim for—and doing so sustainably—will require commercializing new production methods and feedstocks that are still technologically in their infancy.

And neither of these solutions are sure to address the climate impacts of contrails, which trap heat radiating from the earth’s surface, causing warming in the atmosphere below.

Solutions should be designed to disrupt

In fact, the warming effects of contrails are still poorly understood by climate scientists and therefore given little attention by industry and governments working on decarbonizing aviation. It’s possible that the effects are small and could be largely managed by rerouting aircraft around the weather conditions that generate the worst contrails. But the effects could also be massive—up to half the total climate impact of aviation, according to some studies—and require entirely new aviation technologies and approaches to cutting the impact of aviation on the climate.

The study argues that addressing contrails may require profound overhauling of engines, airframes and onboard storage—big, costly and financially risky decisions. The authors urge for more experimentation to test what really could work—backed by government policies and industry collaborations.

“Resistance to efforts disruptive to the industry’s status quo are understandable because airlines often operate on razor thin margins,” Victor added. “A growing number of airlines want to do something about climate but are stuck with few practical options.”

Victor and Kallbekken recommend three steps for the industry to take to create bold solutions to address a warming planet.

First, the industry and government need to do their homework. They must become more aware of the risks associated with the current approach to aviation’s role in the climate crisis.

Second, small collaborations between the most motivated governments and firms could be formed totake risks on new technologies, which could, in turn, inspire others to follow their lead. For example, a partnership between the Norwegian government and businesses is underway to create test bed for electric airplanes.

The authors provide concrete strategies of how other collaborations could be established to potentially ignite other advances. For example, such groups, by sharing costs and risk, could invest in more varied response strategies, including hydrogen, electricity and a cleaner, more scalable version of sustainable aviation fuel. They look to Europe to take the lead since European governments are already highly motivated to take the climate problem seriously.

Finally, the authors underscore how essential research is to better understand contrails and chemical interactions in the atmosphere. It could also provide solutions technologically, economically and politically.

The full article in Nature can be found at this link.