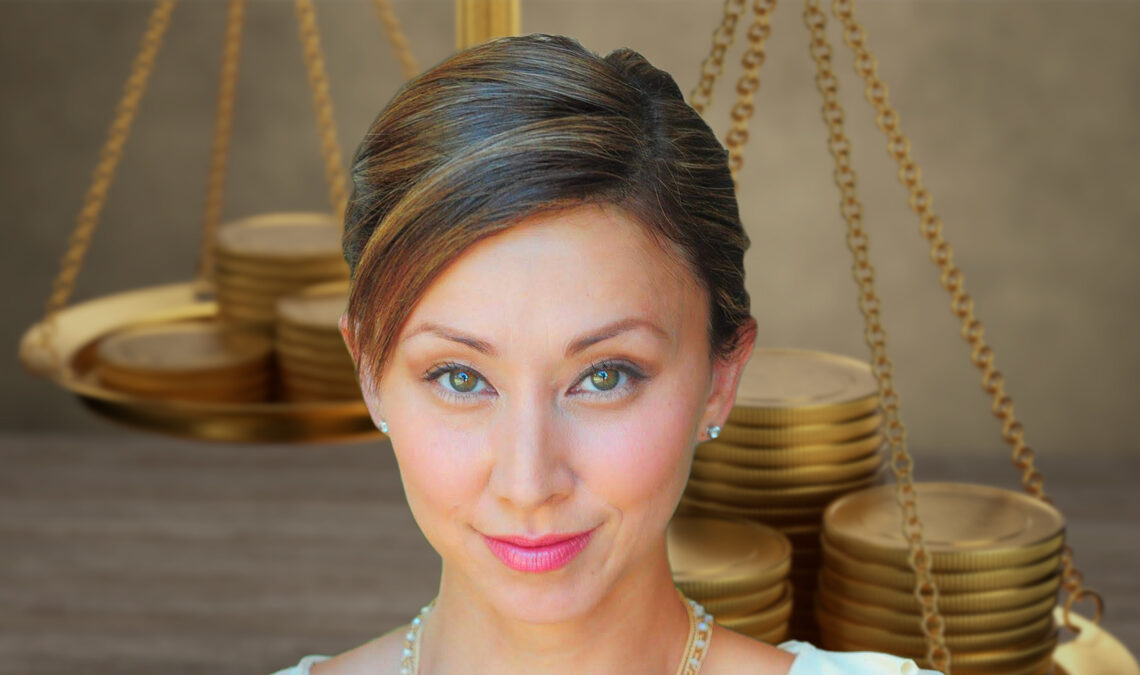 In my 20s, I had the privilege of working on television for MTV Asia. I’d just finished interviewing a famous TV personality along with my male colleague, and we were all riding in the company van heading to a sponsored event. As a new hire, I was giddy that I got to talk with seemingly cool people for a living and play music videos all day.

My colleague who was hired at the same time was a big fan of the celebrity in our midst, and he didn’t waste any time enthusiastically chatting with him while we sat in Manila traffic.

“You two have the coolest job,” exclaimed our new celebrity BFF. We both nodded in-sync, like a ’90s boy band in a choreographed dance routine.

“MTV-Asia is in millions of households across the region. You two must be making bank,” the celebrity asserted.

We both turned our heads toward each other and chuckled sheepishly. You see, despite working for a globally recognized media company, we didn’t make as much money as you would expect. In fact, it was laughably low, but we shrugged it off as the result of exchange rates or home currency policies. Besides, the perks were enviable, and I was grateful to have a job.

Our celebrity BFF pressed us on our salaries, and after a few awkward exchanges, we both blurted out what we made – again in perfect sync.

“What?!” all three of us said in unison – and in different tones.

To my utter surprise, my colleague revealed he was getting paid almost three times as much as me. Sweat pooled on my upper lip, and as usual, I made a silly joke to break the tension. The mood shifted, and the heat emanating from my skin coupled with the humidity turned my pixie haircut into a frizzy helmet.

I maintained my composure as we arrived at the event, and I performed my duties without missing a beat. After all, the perks were enviable, remember?

You may question if my male colleague at the time had more experience or worked more than I did. Nope. We both started with similar experience in television.

If anything, I had more experience in different mediums and upon hiring was given a daily show, compared to his weekly one. Arguably I worked harder, worked more hours, and paid more out-of-pocket expenses that came with having a daily show.

The next day, I marched into my producer’s office and asked her why she told me all new hires start at the same rate, only for me to find out my male counterpart was making almost three times more. She apologized, reminded me of the perks and promised she would bring up my concern with corporate.

I thanked her profusely, apologized for being too forward and agreed that the perks were good. That was that – and I never brought it up again.

Looking back, I wish I’d had the appropriate tools to negotiate a fair salary. I know that barging into offices and making demands was not the best way to handle the situation. As a Filipino-American, I struggled with my intersecting identity, and didn’t know how to carefully balance my liberal western ideals with my conservative Asian culture.

Pay equity continues to be an issue across most of the world. According to 2020 figures, U.S. women take home 83 cents for every dollar than their male counterparts for equal work. Globally, women are taking home around 77 cents to the dollar, which UN Women calls the “biggest robbery in history.”

What can we do? As I look around at my peers graduating from the UC San Diego School of Global Policy and Strategy (GPS), the natural answer would be to dismantle the stubborn patriarchal structures that are preventing women and marginalized people from participating fully in the economy. Ha! Structural problems require structural change, right?

But that doesn’t help us right now. We need actionable tools as we embark on a new journey armed with our newly minted diplomas.

I hope our current students and soon-to-be graduates were able to catch my conversation with GPS alum and HR professional Roberta Connors on May 25 where we discussed practical ways to negotiate fair pay and learned how to leverage what you bring to the table. If you weren’t able to attend: in a nutshell, research the salary range for the position, take stock of your own experience and ask for a little above that range so there is room to negotiate. Don’t lowball yourself, don’t get too cocky, and be ready to discuss it during the interview process!

Perks are nice, but pay equity is better.

Belinda Panelo is a 2022 Master of Public Policy (MPP) candidate and an Equity, Diversity and Inclusion Fellow at the UC San Diego School of Global Policy and Strategy.