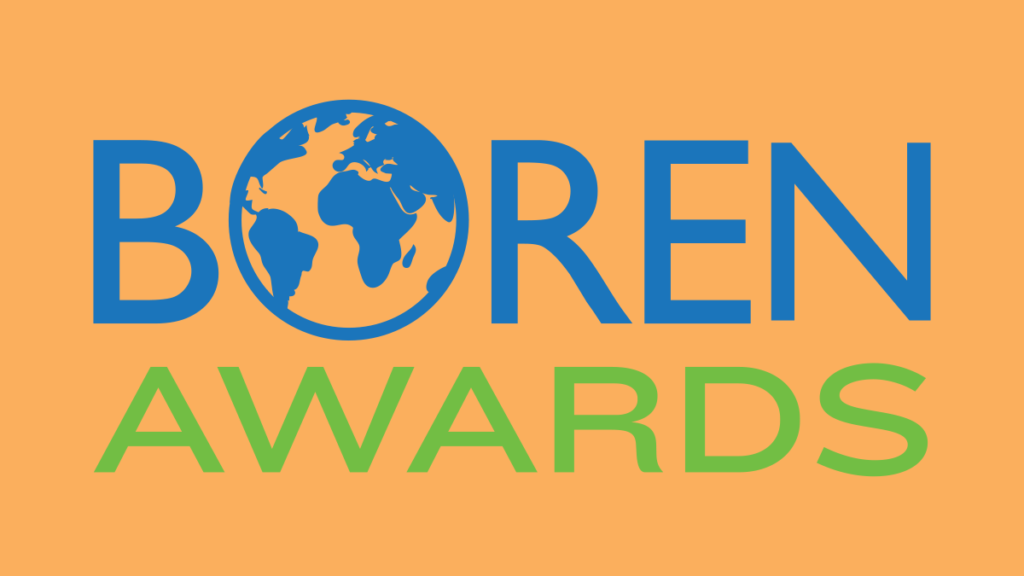 Funded by the National Security Education Program, Boren Fellowships support study and research in areas of the world that are critical to U.S. interests, including Africa, Asia, Central and Eastern Europe, Latin America and the Middle East. The program provides fellows with up to $30,000 for research and language studies abroad. In exchange for funding, recipients commit to at least one year of service in the federal government. 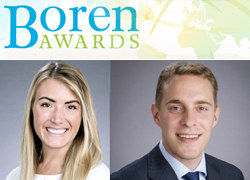 Here’s how they intend to leverage their time abroad to reach their career goals, plus how GPS prepared them to do so.

In addition to Portuguese language study, Batty will be interning as a research assistant at the Brazilian Institute of Economics. She will be working with an economist who is researching telecommunications and labor productivity.

While her departure for a year will mark her first trip to Brazil, like most all GPS students, it won’t be her first time abroad.

As an undergraduate, Batty studied Latin America and became fluent in Spanish by living in the Dominican Republic and Mexico. At GPS, she studied Indonesian, however returned to her Latin American focus in her second year, heading up three large data-analysis projects on Brazil.

“This research further motivated me to learn Portuguese,” Batty said. “And the Boren Fellowship provided me the perfect opportunity to do so.”

Armed with a solid knowledge of econometrics from GPS as well as experience in econometric analyses from an internship she completed in Indonesia, Batty said, confidently, she’s feels well prepared for her forthcoming fellowship.

“I’m most looking forward to integrating myself into the community as I learn the language and getting a local perspective on political and economic issues that the country is currently facing,” she said. “I also want to develop my understanding of the telecommunications sector in Brazil and expand upon my knowledge of microeconomics.”

Conclusively, it all aligns with her career goal that is to increase financial inclusion in Brazil through the use of telecommunications.

Beginning in the fall, McGowan intends to take off to Hitotsubashi University in Kunitachi, Japan, where he will focus on becoming fluent in Japanese.

“But I’m also planning to take some international business courses at the university,” McGowan added. “Hitotsubashi University is known for its management programs, and my track at GPS is management.”

A career in international business, more specifically a government career, has been on McGowan’s radar for sometime now.

In fact, he recalls in high school his teachers instilling in him: “Learn a critical language. That way if you want to work for the government you can.”

As an undergraduate student at Kalamazoo College, McGowan studied Chinese, including a one-year study abroad in China. After graduation, he returned to the country to earn a master’s degree in Chinese politics and foreign policy from Tsinghua University.

One master’s degree in hand wasn’t enough, though. McGowan said he needed to complete a program in the U.S. to better hone his understanding of quantitative methods and economics—“skills that a program like GPS offers,” he specified.

Another prong of his plan was to learn a second language.

During his first year at the School, he discovered an interest in Japanese, driving him to apply for the Boren Fellowship.

“The GPS curriculum prepares you to have an experience like this,” he said. “Students are trained here to be able to work in many different environments, whether it’s abroad, domestically, the government or the private sector. That’s one of the benefits of the program—the focuses are so diverse.”

Following his fellowship and completing his studies at GPS, McGowan hopes to be placed in a state department position in San Diego.