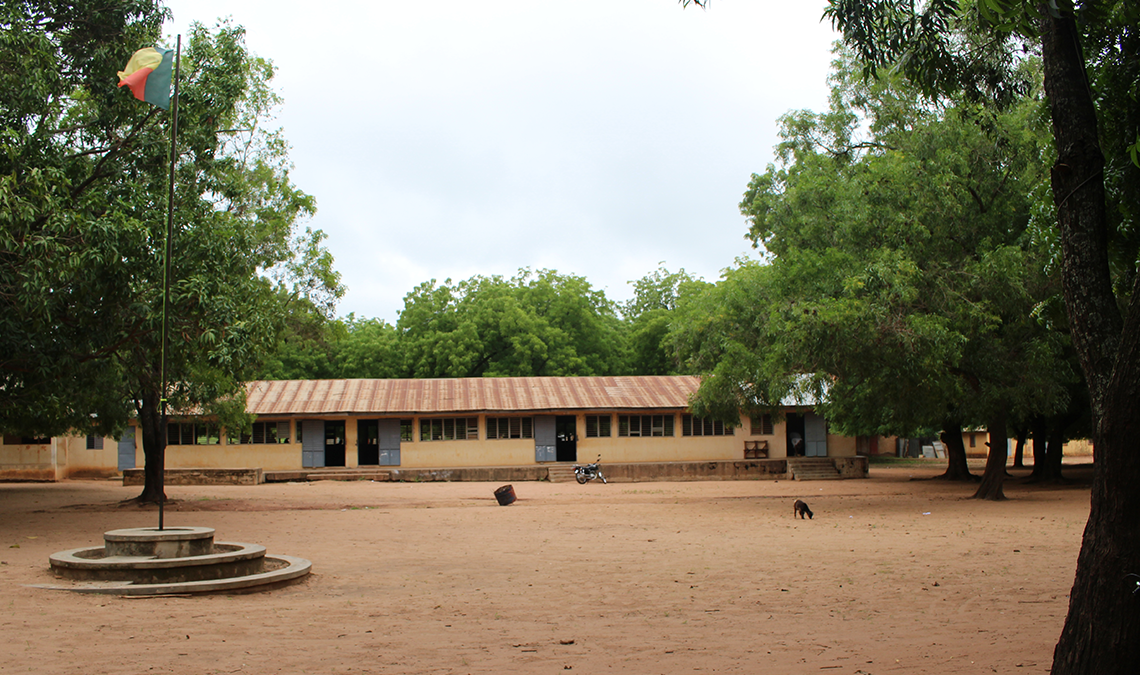 Nestled near the Nigerian border in eastern Benin is one of the country’s humblest villages, Kalalé. Its roads are unpaved but, nonetheless, frequented by foot.

Students walk them almost daily to the primary and secondary schools, spotting cellphone towers poking up in the distance. Then there’s the occasional bush taxis that drive in on the roads, bringing home family members who migrated to larger cities—many of whom help support their relatives still living on $1.25 a day in Kalalé.

Quite soon, these migrants will find providing for their kin, and foremost the school-age children, easier thanks to a project headed up by Claire Adida and Jen Burney.

The UC San Diego assistant professors received a $100,000 Grand Challenges Explorations (GCE) grant to fund their project “Mobile Money, Schooling and the Poor.” The grant, managed at the UC San Diego School of Global Policy and Strategy’s (GPS’s) Policy Design and Evaluation Lab (PDEL), will be put toward implementing a mobile money-based payment and budgeting system for secondary school fees in Benin to ensure reliable, transparent and low-cost transactions from individuals to institutions.

“We’re seeing this as a technological and institutional solution that can help solve two or three different problems,” Adida said. “The benefits for the school are going to be more efficient collection of school fee payments, ability to do some fundraising campaigns and to improve transparency in terms of the budgeting.”

It’s a solution Adida and Burney have envisioned for sometime now, ever since the seed for the project was planted in 2007.

Both professors were working in Benin at the time—Adida on her dissertation and Burney on an irrigation project in Kalalé.

They’d witnessed firsthand the burdens family members faced in sending in-country remittances back to their homes.

“There’s a lot of these flows going on, but the transaction costs are really high,” Burney said. “They are high in a number of ways.”

The qualms start with high transaction costs instituted by banks. On top of that, specifically in Kalalé, there also are few people who are a part of the formal banking sector to begin with, as there’s no bank in the village.

As a result, many migrants physically travel back to their hometown to deliver remittances, which creates more problems. If you’re the person who has “made it,” everyone expects you to give money when you show up, Burney explained. That, at least anecdotally, prevents people from coming back. In turn, some migrants will opt to send money home with a bus driver, relative or even taxi.

Understandably, “that’s just hugely risky,” Burney said, adding this also results in people not sending as much money as they would like to because they have lack of control over what it’s going to be used for—that is, if it’s received in the first place.

In a nutshell, Adida and Burney’s project aims to surmount these issues.

“Opportunities are always more limited in terms of using technology in West Africa,” Adida said. “This is changing, though. There’s a push for the cellphone companies to use mobile money. West Africa is a perfect place to push because it’s so far behind.”

In Kalalé, there came a glimpse of hope in 2007, when the first cellphone towers were constructed. Then, three years ago, the village built its first secondary school, which receives little funding from the government compared to primary schools. Around 2,000 students attend it today, Adida noted, but completion rates are fairly stagnant due to school fees going unpaid—students often drop out or are unable to pass exams.

“The idea is not to go in and do things for them,” Adida said. “It’s that we give them a tool to help them help their own communities.” 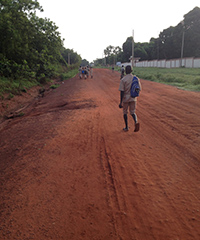 Their tool is two-pronged and reliant on technological partnerships.

The professors have paired up with MTN, one of Africa’s largest cellphone providers, to develop the school fee payment app that allows individuals to send money from their phone to the school on behalf of an individual student. Burney will return in the fall to implement this as part of a yearlong pilot program at Kalalé High School.

Then there’s the Qualcomm Institute’s (QI’s) involvement. Ganz Chockalingam, principal development engineer at QI, is building a backend application to keep an instant record of all transactions. The objective is to streamline budgeting and make the payment process more transparent for those making the payments, students and the institutions.

That technology also permits the school to communicate with its community by sending alerts or messages to particular students, classes or parents—things that are as simple as shooting off an email in the U.S., Adida said.

“I can send an email to the principal of my kids’ school,” she said. “That’s nonexistent there. … The technology QI is developing is a way to get around the problem of no Internet and to instead use the phones to create mass communication. It’s just the cost of sending a text message.”

In the pilot study, the professors plan to examine the mobile money system from two viewpoints. First, they’ll look at user friendliness of the technology and second, its outlying effects on the school community such as how many students drop out due to inability to pay and to what extent students’ families use mobile money in other areas.

“On the technology side, we want feedback to make the technology better,” Burney said, adding a part of that is evaluating the technical logistics of enrolling in the program. “One of the reasons we wanted to test it in Kalalé is because it has a newer school in a really poor, remote area. It’s a good test bed. If it works there, we think it’s going to work in other places.”

After refining the system based on pilot program feedback, Burney and Adida intend to scale up the project to roughly 100 schools next year. Their end goal is to implement the technology nationwide.

As two academics with slim experience in mobile technology, Burney and Adida admit it might seem a lofty feat. But they each agree their valuable connections on the ground will bring the project to fruition.

From possibility to reality

For Burney, it’s her history in Kalalé, a personal relationship with the village and stakeholders in the secondary school.

“I think I’m kind of a matchmaker on this,” she said.

For Adida, it’s her relationship with local nonprofits to conduct the surveys and interviews on the pilot program. They’ve contracted two nonprofits, one from Kalalé and another in Cotonou, Benin’s commercial capital.

The project actually has been in motion since last summer, when PDEL offered pilot funding to the professors to visit Benin with QI to pitch and evaluate its feasibility with prospective local participants.

Pleasantly surprised, Burney said getting buy-in has been a breeze.

After that visit, the professors applied to GCE—which without, they concur the project wouldn’t be possible.

“This project has been in our minds for years, and we’ve worked on funding for it for a long time,” Adida said. “Now, we’re in business.”