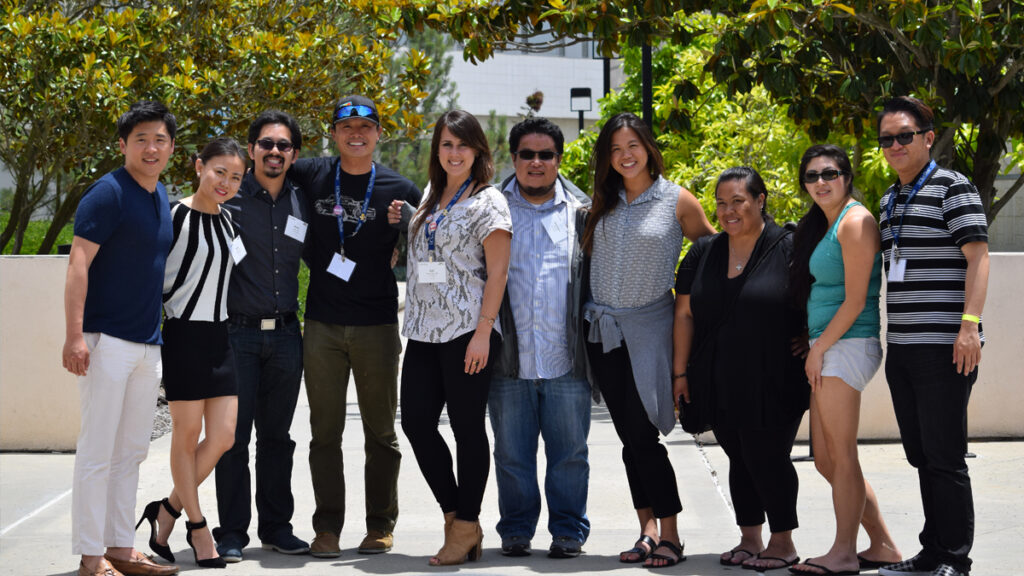 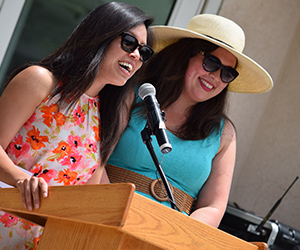 Most all alumni from the UC San Diego School of Global Policy and Strategy (GPS) may fall into nostalgia with a mere mention of the School’s courtyard, a staple hangout for current students. The difference on June 4 was that their strolls down memory lane were spent in this very spot.

“It’s events like this that are really important in maintaining connections between alumni,” said Maura Deignan ’13, who co-emceed the reunion with Jessica Jinn ’13. “We wouldn’t have an alumni network if it wasn’t for all of you coming out today.”

Amid dining on Mexican cuisine and in good company of old friends, alumni also received a refresher on a few GPS faculty members’ current research.

Threaded through Professors Craig McIntosh, Gordon McCord, Liz Lyons and Tai Ming Cheung’s TED-style talks also were sentiments about seeing students that once sat before them in a classroom now assembled before them as thriving professionals.

“We do a lot of research, and it takes a long time to get any meaningful result,” Lyons said, discussing her work on organizational economics and management. “With teaching, we get results a lot faster. It’s great to see what you all are doing.”

Among those students who have gone on to be shining stars is Yiru Zhou ’93, GPS’s 2016 Outstanding Alumna.

Lei Guang, director of the School’s 21st Century China Program, shared a few kind words about Zhou, who is vice president of China operations for Qualcomm Technology Licensing, before formally presenting her with the accolade alongside GPS Founding Dean Peter Gourevitch and outgoing Alumni Board President Jeff Rector ’97. 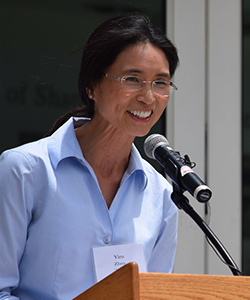 Zhou has served on the 21st Century China Program’s advisory council since its inception in 2012, acting also as an informal and highly valued program ambassador.

“In a way, I feel like I need to give the School an award. I’ve gotten so much from the School, not only a unique education, but also a great opportunity to take an incredible journey I’m still enjoying today,” Zhou said. “I’m really proud to be a GPS graduate.”

GPS Alumni Director Nurit Mandel commended other alumni who “do a little extra” for the School, particularly Rector.

Sharing a note from Rector’s fellow alumni board member, Ben Grayson ’07, Mandel read: “With Jeff’s leadership, the board’s vision was fully crystallized, executed by his ability to instill inspiration and insistence on accountability. … Jeff has demonstrated the potential impact and value an alumni board can provide.”

As a closing note, Rector underscored his fulfillment in keeping close ties to the School, encouraging his fellow classmates to do the same.

“We all benefit personally and professionally from being connected to the School. We get the opportunity to help the students who are here and help the program be an even bigger success in San Diego and worldwide,” he said. “You’ll get more out of it than you put into it, just like I did.”

Nominate a fellow alum to the GPS Alumni Board by July 1, and view more photos from Salsa Saturday.