Rethinking the war on drugs in Mexico 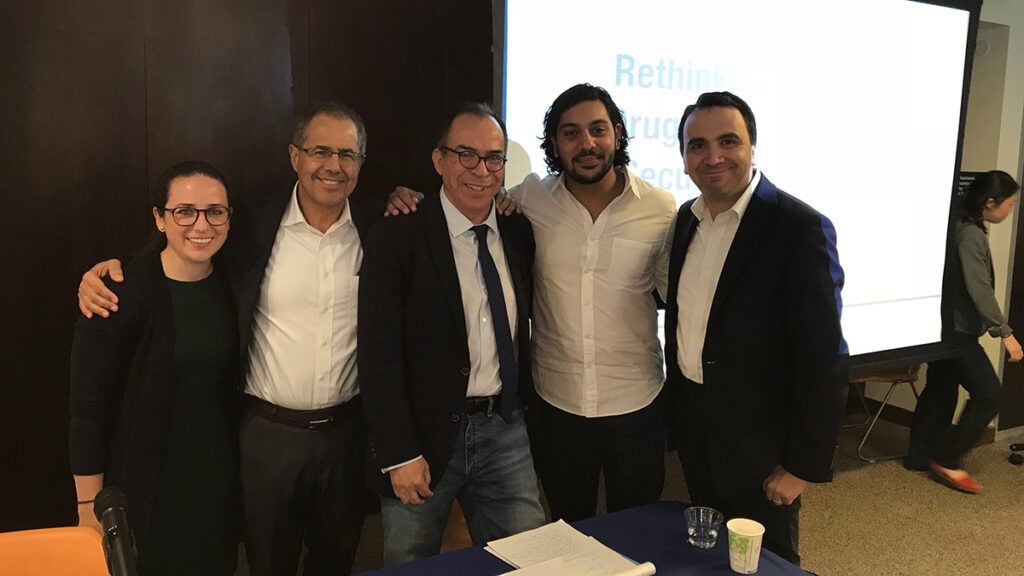 On Feb. 9, the Center for U.S.-Mexican Studies (USMEX) at the UC San Diego School of Global Policy and Strategy (GPS) hosted an international group of scholars, journalists, intelligence experts, government officials and those personally touched by tragedy.

In partnership with the University of San Diego Justice in Mexico and the Instituto Tecnológico Autónomo de México (ITAM), the conference examined Mexico’s security challenges, including evaluating the status of current security cooperation and proposing practical solutions for policymakers in the U.S. and Mexico.

“Neither Mexico or the U.S. can solve problems on their own. This is not something we can resolve by unilateral policies, we need to find a way to work together and we need to find it now,” said Farfán-Méndez.

When we think of Latin America, Fernández de Castro explained that in the last 15 years it has become the single most violent region on earth without declared war. With 9 percent of the world’s population and over 30 percent of total world homicides, there is a regional crisis.

Losing thousands of civilians every year to homicides, the conference looked at the many faces of violence, emphasizing the role of weak state institutions rather than the usual suspect: organized crime.

“I see this conference as a very important gift. We are going to have a chance for the next 24 hours to be talking about one of the main problems in U.S.-Mexican relations,” said Fernández de Castro. “We are losing the security battle and we have to do better.”

The first group looked beyond homicides, hearing from experts in security and intelligence, including Vanda Felbab-Brown of Brookings Institution, former White House advisor on Latin America Dan Restrepo, Vidal Romero from ITAM and former USMEX fellow Froylán Enciso of Crisis Group. They discussed the grim realities of an ever-increasing demand for drugs and a rise in assault weapon fatalities.

“We need to change the narrative. We need a new one that not only includes the criminals but also brings in the stories of people who want to make a change,” said Enciso.

Citing that the enemy is not drugs, but addiction, they discussed the inability to align citizen and government preferences on security. Behind the body count, Felbab-Brown highlighted the importance of creating a peaceful market and the fragmentation of criminal groups.

“We cannot hide behind blaming drugs for the violence as drug markets can be very peaceful,” said Felbab-Brown. “We must bring the general violence levels down.”

With death tolls exceeding those of recent civil wars across the globe, the next group looked at the further challenges and strategies of violence in Tijuana, which has clear implications for the Tijuana-San Diego region. The panel featured experts from Justice in Mexico, which works to improve citizen security in Mexico as well as Sandra Dibble from The San Diego Union-Tribune.

With over 92 percent of crimes not being reported in Baja California and 70 percent of the public mistrusting the local police, a key goal is improving infrastructures, and addressing social and economic marginalization.

“We need more services for the community and we need a multi-strategy approach from all levels,” said former USMEX fellow Jaime Arredondo. “We need community policing and we need to bring trust back to the police force.”

During the working lunch, Alfredo Corchado of Dallas Morning News and former USMEX fellow, emphasized the need for social responsibility and accountability in an effort to rebuild civil society.

“When we talk accountability, we are talking about both sides of the border who have become much more skeptical about each other’s intentions,” said Corchado.

Silence is not an option, a recurring theme in the next round of discussion, featuring Gretchen Burns-Bergman of Moms United to End the War on Drugs and Washington Post writer Joshua Partlow, who stressed the unilateral direction of narratives by which the drug epidemic influences and infects the entire citizenry.

Burns-Bergman, calling herself an accident activist who works to bring mothers together to speak out to change the way we perceive addictive illness, shared that the war on drugs is a not an actual “war”, rather a campaign against people and families.

The final group discussion centered around building a new regional security framework. Hearing from experts such as Eric Olson of Woodrow Wilson Center, and two former directors of Mexico’s National Intelligence Agency, Jorge Tello and Guillermo Valdés, it is clear that for U.S-Mexico security cooperation to work, we must think about symmetry and moving from risk to opportunity.

“We need a regional view of the war on drugs. It’s a regional and not a country challenge,” said Olson. “It extends beyond borders and we must delve into the Central America problem.”

To fight the war on drugs, we need to change the narrative and the infrastructures themselves, a delicate balance between the macro- and micro-dynamics of violence. Each speaker stressed that the importance of local intervention as a key takeaway, as we must start at the community level.

“We’ve known the answers for the last ten years, maybe decades, but nothing has changed,” said David Shirk, director of Justice in Mexico and former USMEX fellow. “This is an opportunity for a paradigm shift. We cannot continue to see 30,000 Mexicans and 60,000 Americans die every year. Something has to change.”