Research on the non-democratic roots of education receives top accolades 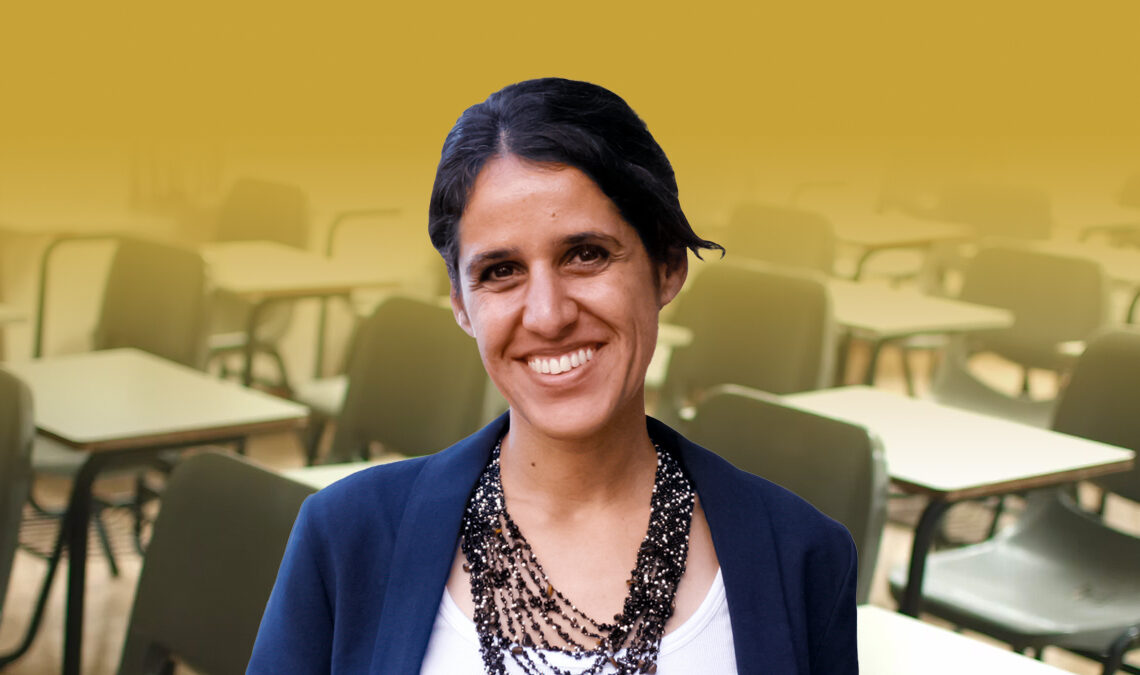 Primary education is often considered to be a pro-poor redistributive policy, and because democratization entails giving a voice to the poor, people tend to assume that it also leads to the expansion of primary schooling. But, after considering data sets from more than 100 countries over a span of 200 years, UC San Diego School of Global Policy and Strategy (GPS) assistant professor Agustina Paglayan argues that primary education can also serve the goals of autocrats – and that, in fact, most of the expansion of primary education around the world occurred before the spread of voting rights to the poor.

This week at the American Political Science Association’s annual meeting, Paglayan’s article “The Non-Democratic Roots of Mass Education: Evidence from 200 Years” received two prestigious awards: the Michael Wallerstein Award and the Mary Parker Follett Prize, recognizing the best published article in political economy and politics and history, respectively. The article was published in 2020 in the American Political Science Review.

“It’s a big honor to receive these prestigious awards, considering how much amazing research is being published in political economy and in politics and history. I hope they help bring attention to my findings,” Paglayan said. “It’s surprising how common it is for people to mistakenly think that the spread of democracy was a leading driver of the expansion of mass education.”

Paglayan was also one of three GPS professors to be named 2020 Hellman Fellows, a fellowship that supports the work of promising young faculty.

Upcoming book project and other research

Paglayan’s award-winning article sets the stage for the book she is writing: Why do autocracies provide so much primary education? She argues that mass education is often a tool for shaping young people into well-behaved and docile citizens and that political elites are especially likely to be interested in this function of education when mass violence threatens their power.

“My book predicts precisely what we observed earlier this year in the United States. White elites who panicked after the Black Lives Matter (BLM) protests embarked on efforts to prohibit public schools from teaching concepts such as ‘institutionalized racism.’ This reaction to the BLM protests is in line with a common historical pattern in the Western world, whereby elites threatened by mass protest turn to education to teach kids to accept the status quo,” Paglayan said.

She went on to add that the U.S. is “no innovator” in its reaction to mass protests; in fact, the reaction is common. Paglayan points to the wave of state laws passed in protest against critical race theory, which she says is “designed to prevent future rebellion against existing institutions by teaching future citizens that the status quo is not as bad as they might have been told.”

“These so-called anti-critical race theory laws prohibit public schools from teaching about the role of institutions in shaping the very distinct experiences and opportunities that white and Black Americans have had and continue to have,” Paglayan said.

Paglayan points out that the laws have been led and supported entirely by the Republican Party, who interpreted last year’s BLM protests involving millions of people as a threat to existing institutions that, even to this day, continue to benefit white individuals and hurt Black Americans.

“In the book, I discuss this recent wave of state laws briefly, and I also show that something similar occurred with curriculum reform in the aftermath of the Civil Rights Movement,” she said.

Paglayan noted that she is very excited about her continued work on how education policymakers responded to the Civil Rights Movement, particularly in the U.S. South, and that she is also collaborating on a new database to track the level of indoctrination in schools across countries from 1945 to the present. This database will be assembled in collaboration with researchers at the University of Glasgow and administered through the Varieties of Democracy Institute.

“This will complement the research I’ve done so far very nicely, because most of my research looks at the origins of public education systems – well before 1945 – while this dataset will help us look at the extent to which indoctrination continues to be a central aspect of schooling today,” Paglayan said.

How researching education has changed her classroom

Paglayan’s research has very much shaped how she organizes her classes.

“Because of my research, I am deeply aware – and not in love with – the very hierarchical structure of classrooms, with the teacher standing in front and students taking notes, a system which was designed to teach people to be obedient and respect authority, including the authority of the teacher,” Paglayan said. “I make a keen effort not to reproduce this in my classes. I encourage lots of student participation and lots of critical thinking and questioning of what I say and what we read.”

In most of her classes, Paglayan has an opportunity to discuss her research with her students – “and they also get to push back on it,” she added. During the winter quarter, Paglayan is scheduled to teach Politics, Policy and Educational Inequality (POLI 100W), which is open to GPS students and counts as one of the electives for Master of Public Policy (MPP) students pursuing a concentration in inequality and social policy. The class is focused on education politics and policy in the U.S.