Research at the border: A living laboratory of transformation 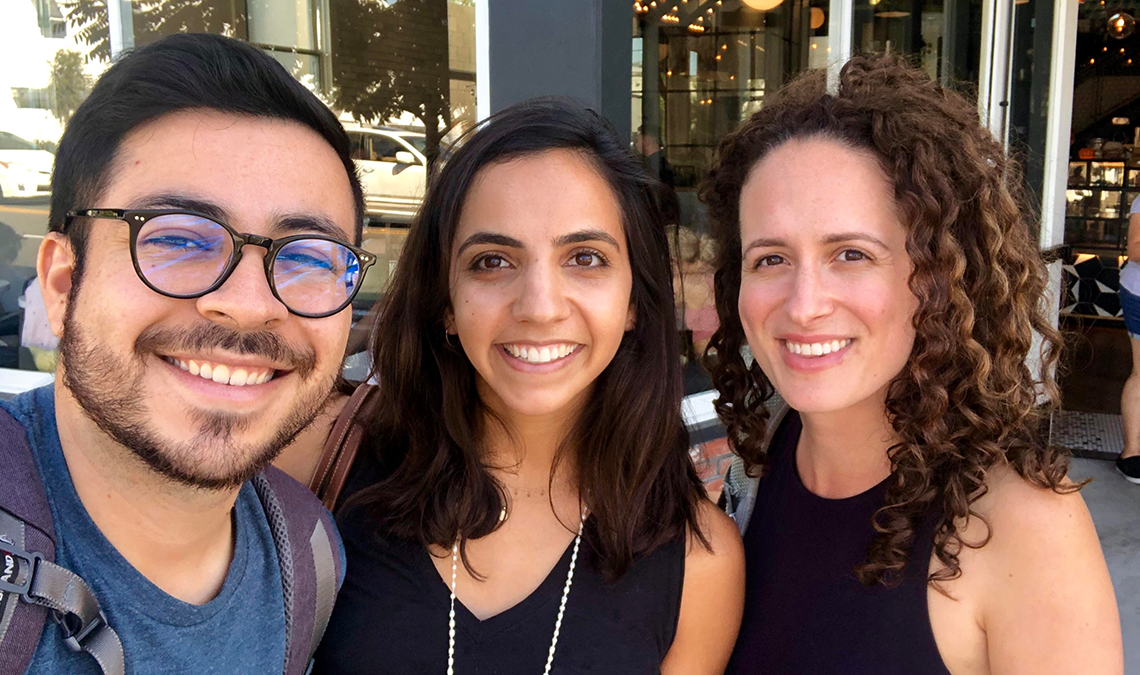 A GPS team conducted policy-relevant research across the border at the crux of the U.S.-Mexico immigration debate

Located 20 miles from one of the most active and complex borders in the world, the UC San Diego School of Global Policy and Strategy (GPS) is uniquely positioned as a living laboratory for our students to conduct research.

This past academic year, Jenny Aldrich, MPP ‘20, Gustavo Lopez, MPP ‘20 and alumna Savitri Arvey MPP ‘19 analyzed the implications for local governments and civil society on the termination of the “safe release” policy by Immigration and Customs Enforcement.

Last fall, when federal immigration authorities ended a practice of coordinating the travel arrangements of people released from detention – such as the recent waves of families applying for asylum – hundreds of migrants began being released directly into towns and cities all across the border, including San Diego.

Their independent study report draws on in-person and phone interviews with representatives from civil society organizations, journalists and members of the public on both sides of the border. They also used government information, legal documents and news articles to detail the current dynamics of those families seeking asylum.

“The border can be viewed as a laboratory of global topics, including migration, water management, cross border economic activity and crime, among other issues,” said Rafael Fernández de Castro, professor and director of the Center for U.S.-Mexican Studies. “This report will help us better understand the humanitarian crisis the border faces and will have important public policy implications for local actors responding to changes in federal policy.”

Volunteering at the San Diego Rapid Response Network shelter, the team wanted to find a way to put their GPS toolkit to work and support organizations helping asylum seekers while interpreting the needs of local stakeholders and the rapid changes in local policy. Awarded a grant from the UC San Diego Chancellor’s Interdisciplinary Collaboratories, their final report was a presentation for border stakeholders, a true litmus test.

Their report provides a snapshot of the end of the safe release policy and how jurisdictions across the border responded. Below we hear about their experience working at this living laboratory, sharing their own stories of immigration and how GPS prepared them to lead the charge.

What motivated you to get involved in this project? 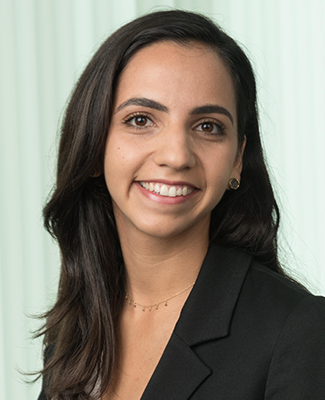 JA: Through this work, I saw first-hand and gained extensive exposure to how policy at an international and federal level truly has a direct effect on individuals at a local level. This knowledge of on-the-ground implications is precisely what fueled my drive to work in policy and to have an impact on the lives of refugees and asylum seekers.

Lastly, I am an immigrant myself, and migration is such an integral part of my identity. My grandfather would always recount my great grandfather’s story of immigration from Syria to Mexico and starting from nothing. Two generations later, my family and I immigrated to San Diego from Mexico.

GL: What first motivated me to get involved was my background as a researcher and my passion for immigration issues. When I met Jenny and Savi, I was excited to find other students who also had a passion for migration.

I think most importantly, immigration is a personal issue for me – my dad came to this country illegally almost 30 years ago and I came to the U.S. as a child. Debates about migration policies are seldom grounded in evidence or facts and are usually driven by emotions. Working on rigorous, non-partisan research is important because it helps move this discussion along.

SA: Last summer, I spent five weeks in a migrant shelter in Guadalajara, where I met many Central American migrants in transit that were making their way to the U.S. and learned firsthand about the reasons they flee from their countries of origin and the challenges they faced along the route.

For our project, we decided it was important to document the termination of safe release across the entire U.S.-Mexico border and civil society’s response. Although immigration is a federal issue, due to local and state politics, and varying border dynamics, a policy doesn’t look the same in California as it does in Arizona, New Mexico and Texas.

How was it working alongside your cohort and what did you enjoy most about it? 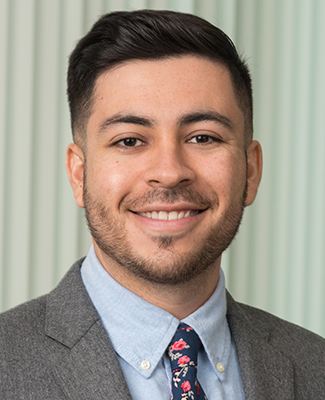 JA: As our mentor and friend, Savi is a fantastic example of taking advantage of opportunities at GPS and UC San Diego that span way beyond the classroom. She has been an incredible example to follow in that there are vast amounts of networking, research and educational opportunities that are available to us as students.

GL: The best part about working with two of my classmates is that we all complemented each other in our work and experiences. While we are all interested in immigration, we came in with different skills and backgrounds. As a group, we were creative and analytical, and I think that was only possible because of our rigorous GPS training.

SA: The experience of mentoring Gustavo and Jenny helped created a tight-night professional and personal support group during my second year at GPS, and was one of the best parts of graduate school. They are now two of my closest friends and we continually turn to each other for advice. As a mentor, I was eager to share my missteps and lessons learned from returning to graduate school.

What was a key highlight or moment that has stood out for you in this project?

JA: Special moments that stand out in my mind are the many nights we stayed up late discussing our research and findings. While we were exhausted from the hecticness of the quarter, we still managed to be energized by learning from each other. It’s truly an incredible experience to learn from peers that are all passionate about the same topic.

GL: A key moment for this project was presenting our preliminary findings to a room of relevant stakeholders, including people from the U.S. Embassy in Tijuana and some of the leadership of the shelter. It was an empowering moment when three students were able to present relevant findings to a developing policy issue that affects our region and the rest of the country.

SA: I was inspired by the phone interviews we conducted with civil society representatives from Texas who were providing support to released asylum seekers. Volunteers across the border woke up at 4 a.m. to drive asylum seekers to the airport and bus stations. Due to their commitment, very few ended up on the streets. Shelters expanded and new ones opened. Donations of food, clothing, phone cards and personal hygiene products abounded.

Any advice to current students hoping to get into this line of work? 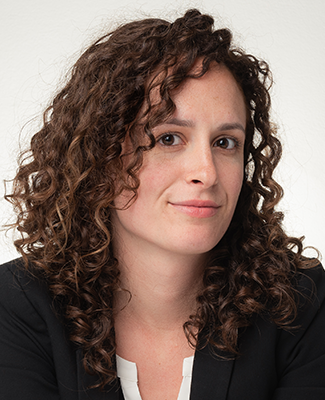 JA: My advice for current students is to seek out opportunities beyond the traditional classroom-style assignments. Having the chance to utilize my analytical skills for a tangible issue I care about has been one of the best experiences I’ve had while in graduate school.

GL: For students interested in research, start helping out professors at GPS or elsewhere. Any experience helps, and GPS offers a lot of opportunities to grow essential research skills like writing and analytical thinking.

SA: My advice would be to be proactive: reach out to others working on similar issues, volunteer and propose research projects. As GPSers, we are in a unique position to bridge the gap between academia, civil society and the policy world.

For more on the project, visit here.

By Virginia Watson
5 Mins read
Knowledgeable career professionals set GPS students up for success, directing students toward the best internships for their career interests and helping them launch their careers post-graduation
DegreesStudents

By Virginia Watson
4 Mins read
Former U.S. Air Force member Jade Reidy shares how she landed at GPS to study in the MAS-IA program, specializing in the Security of the Asia Pacific with a China focus
AlumniCareers

By Virginia Watson
6 Mins read
GPS prepares students for a wide range of careers in Korea, one of the choices as a regional focus found in many of the school’s degree programs
×
Research