Public Disclosure of COVID-19 Cases Is More Effective than Lockdowns 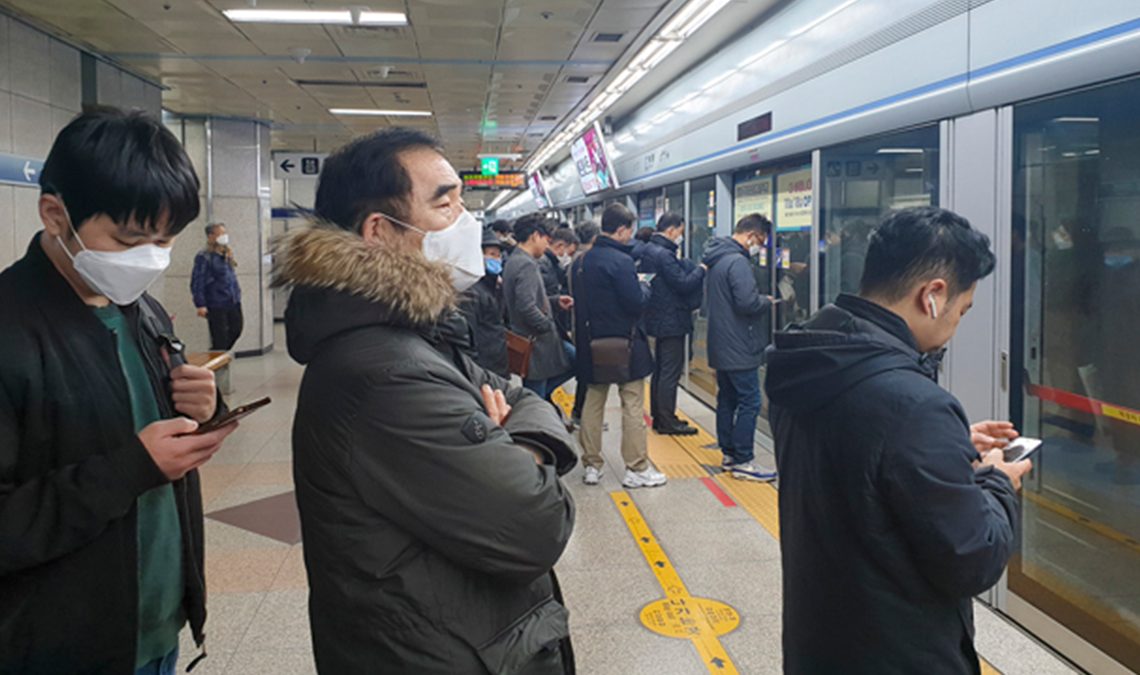 South Korea is a standout in the current battle against COVID-19, largely due to its widespread testing and contact tracing; however, key to its innovation is publicly disclosing detailed information on the individuals who test positive for COVID-19. These measures prove more effective at reducing deaths among than comprehensive stay-home orders, according to new research from University of California San Diego, Pennsylvania State University and the University of Chicago.

The COVID-19 outbreak was identified in both South Korea and in the United States on Jan. 13. As of May 22, South Korea had 11,142 cases and the United States had 1,571,617. From day one of the spread of the virus, South Koreans received text messages whenever new cases were discovered in their neighborhood, as well as information and timelines of infected persons’ travel.

In a new National Bureau of Economic Research (NBER) working paper, researchers combined detailed foot-traﬃc data in Seoul from South Korea’s largest mobile phone company with publicly disclosed information on the location of individuals who had tested positive. The results reveal that public disclosure can help people “target” their social distancing and this proves especially helpful for vulnerable populations who can more easily avoid areas with a higher rate of infection.

“Our data shows that South Korea’s public disclosure information was effective in changing citizens’ behavior to drive down the rate of infection, without government-imposed lockdowns,” said co-author Munseob Lee, an assistant professor of economics at UC San Diego’s School of Global Policy and Strategy. “This pattern is particularly pronounced during the weekends and among those over the age of 60.”

Seoul, with almost 10 million inhabitants, is one of the most densely populated cities in the world. Yet, as of May 22 the city had only 758 conﬁrmed cases and three deaths.

“These numbers are remarkably low in comparison to cities of similar size,” the authors of the NBER paper write.

The city did not implement wide-spread social isolation restrictions; however, like other local governments in the country, the capitol provided inhabitants information in real time via text messages on individuals that had tested positive. In addition, the Seoul Metropolitan Government developed a dedicated website and a mobile app to enable residents to access real-time information.

A typical alert can contain the infected person’s age and gender, and a detailed log of their movements, which is based on contact tracing combined with data from cell phone and credit card records.

This strategy was made possible because South Korean laws on managing and publicly sharing information on patients of infectious diseases changed significantly after the MERS outbreak in 2015. In the event of a national health emergency, the country’s laws empower the Korea Centers for Disease Control Prevention to use GPS data, surveillance camera footage and credit card transactions to recreate infected persons’ route a day before their symptoms showed.

“To be clear, disclosure of public information infringes upon the privacy of the aﬀected individuals,” said Chang-Tai Hsieh of the University of Chicago. “We do not attempt to measure the cost of the loss of privacy, but whenever such measures are available, they can be compared against the beneﬁts of public disclosure we provide here.”

To further measure the welfare eﬀect of South Korea’s strategy, the researchers used data on Seoul’s resident movements and confirmed cases through the lens of standard epidemiology model augmented with economic geography to predict the spread of disease throughout the city.

The researchers then took these results and compared them to a model of a partial lockdown in which there is no public disclosure. To be able to compare “apples to apples” the model projects that at least 40 percent of population would have to stay at home for about 100 days in order to have the same number of conﬁrmed cases as in the full disclosure model. In this model, the number of cases remain the same, as designed, but deaths increase from 17,000 to 21,000 (14,000 for those 60 and older and 7,000 for ages 20 to 59) and economic losses increase from 1.2 to 1.6 percent of GDP.

“Our research shows that public disclosure mostly helps the elderly more effectively target social distancing which in turn saves more lives, at least 4,000, according to our projections” the authors noted.

While death rates among the older populations are significantly higher under lockdowns, those under 60 suffer economic losses twice as high, compared to South Korea’s current strategy.

“The ﬂow of people across neighborhoods generates economic gains from the optimal match of people with the place of work and leisure,” said David Argente of Pennsylvania State University. “In the current strategy, individuals with a high health risk commuting to a neighborhood with many detected cases can change their commuting pattern, while individuals with low health risk can make a diﬀerent choice.”

They added, the individuals who can easily substitute between working in the oﬃce and working at home can do that, while others where the substitution is costly can continue to commute to work. In contrast, a lockdown does not discriminate between individuals with diﬀerent cost/beneﬁt ratios for social isolation.

In South Korea, the impact of the pandemic led to a 1.4 percent drop in GDP in the first quarter of 2020. Still, the decline was much less than the 9.8 percent plunge in China, which enforced across-the-board lockdowns in large parts of the country.

The authors concluded in the absence of a vaccine, targeted social distancing may be a much more eﬀective way to reduce the transmission of the disease while minimizing the economic cost of social isolation.

“We view the public dissemination of information in Korea as one way to accomplish that” they write. “We are hopeful that perhaps there could be others.”

Lee discussed this research on a May 4, 2020 talk hosted by the School of Global Policy and Strategy. See the video that is part of the school’s Korea-Pacific Program webinar series.

By Virginia Watson
6 Mins read
From panelists to negotiators and attendees, GPS had boots on the ground at the major international climate event and presented new research on practical climate and trade policies and practices
×
FacultyResearch

An Immigrant Workforce Leads to Innovation, According to New UC San Diego Research