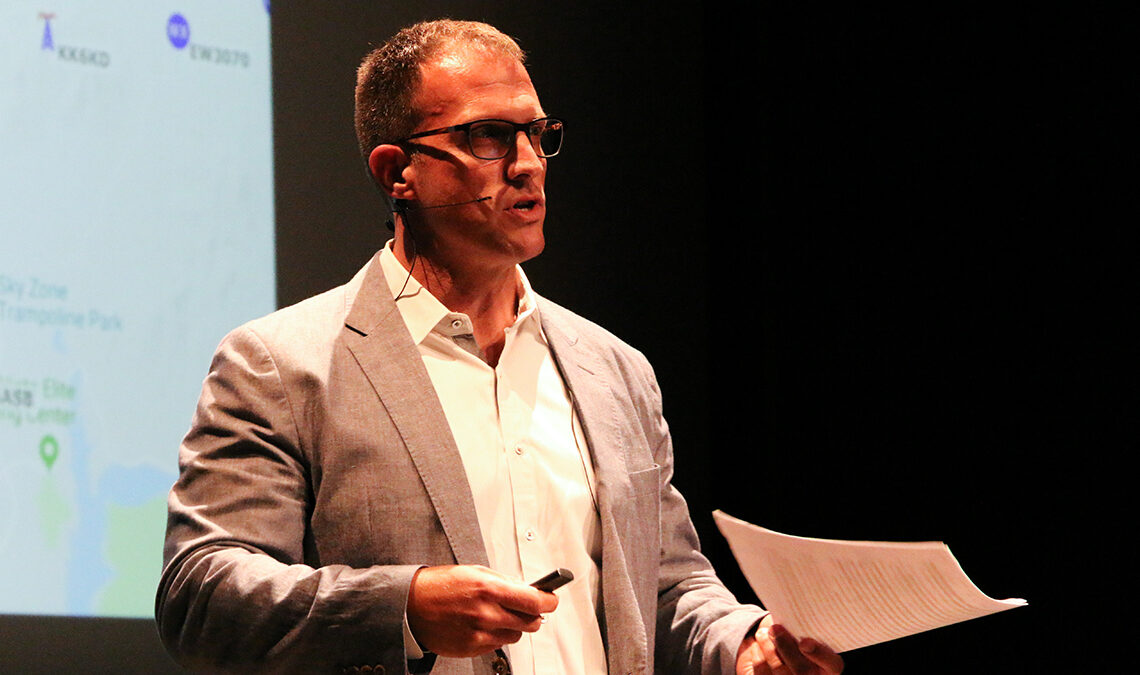 While the associate professor is new to GPS, he’s no stranger to the UC system and the Golden State he grew up in 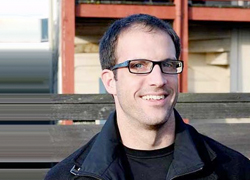 John Ahlquist is right at home.

Seated in his new office on the fourth floor of the School of Global Policy and Strategy (GPS) building, the associate professor has his windows open, letting the natural light pour in versus relying on incandescent bulbs.

Unopened boxes stacked against the walls affirm he’s still settling in. But, by a quick conversation, one can note he needs no introductory course on the School’s history and recent changes.

Ahlquist speaks excitedly about the opportunities presented by GPS’ new Master of Public Policy program, including working closely with the students enrolled in it. He emphasizes feeling fortunate to enter the School when many of its early faculty figures such as Founding Dean Peter Gourevitch still are active.

“Peter is a nice example because I’ve read and admired his work for a long time,” he said. “There’s an opportunity here to continue great things and also build new ones.”

Outside of the School, Ahlquist already has taken his long board to the beach. It’s the same board that for four years collected dust in Wisconsin, where, on faculty at University of Wisconsin—Madison, he never actually found time to discover if the Great Lakes were suitable for surfing.

“I really missed the ocean,” he said. “I’m excited to be able to surf again and have it be a part of my life. I become a much more pleasant person when I have regular ocean access.”

A San Francisco native, Ahlquist also is a self-proclaimed “product of the UC system.”

His mom, a retired high school teacher, is a UC Riverside alumna. His dad, a lawyer, is a graduate of UCLA. He has a sister and brother who attended UC Berkeley and UCLA, respectively. Then, there’s Ahlquist who completed a postdoctoral fellowship at UCLA and, before that, his undergraduate studies in the political economy of industrial societies at UC Berkeley.

“It’s a running joke with some of my friends from college that I’m the only one who’s actually doing what my major was,” he said. “It’s true. I hadn’t thought that would be the case.”

After earning his B.A., Ahlquist took a stab at consulting and then shifted gears to working for an Internet startup. But those real-world experiences merely confirmed they weren’t for him.

“I knew I wanted to write and contribute to the thought process of our society,” he said. “But I also thought that was a pretty arrogant thing to want to do. I didn’t know enough that somebody should want to listen to me. I needed to know what the frontier of knowledge was, so I decided to go back to graduate school.”

He went on to attend the University of Washington (UW), pursuing political science and “a broader set of interests” he’s still chipping away at today.

At the top of his list of interests are labor unions. His relating research on unions at UW’s Harry Bridges Center for Labor Studies and beyond is ground in his first book, “In the Interest of Others: Organizations and Social Activism,” published in 2013.

“I got pulled into this research project about the internal politics of labor unions,” Ahlquist recalled. “I ended up finding them to be very interesting organizations. They sit right at the boundary of politics and markets, which is where I like to study things.”

Now, he’s bringing that expertise into the classroom at GPS in a winter quarter course called “Workers and labor in international markets.”

“I’m still trying to sort out how I want to make that class work,” he said. “All my teaching in the past has been with undergraduates or Ph.D. students. I’m in the process of learning how to sculpt that to address the needs of professional students.”

Ahlquist reminded, the opportunity to work closely and build connections with master’s students—particularly with a culturally and geographically diverse sample of them at GPS—was a part of his lure to the School.

Plus, there’s the cross-disciplinary component of working with the political science and economic departments.

“I consider myself a political economist,” Ahlquist clarified. “I’m trained as a political scientist, but the stuff I research very much overlaps with economics and sometimes statistics. I’m not interested in observing those boundaries.”

Likewise, Ahlquist does not focus on any particular region in his research, though he’s done extensive fieldwork in Australia and New Zealand—some through his involvement as research associate at the U.S. Studies Centre at the University of Sydney.

This often leads Ahlquist to collaborate with scholars and students possessing important local knowledge and connections. For example, he recently traveled to Hungary to work with co-authors on a project examining the recent Hungarian elections.

Looking ahead, he fittingly has his research sights set in a region where GPS has already established strengths.

“I have some interest in future projects that could possibly take me to Latin America,” Ahlquist said. “I’d love for that to happen.”