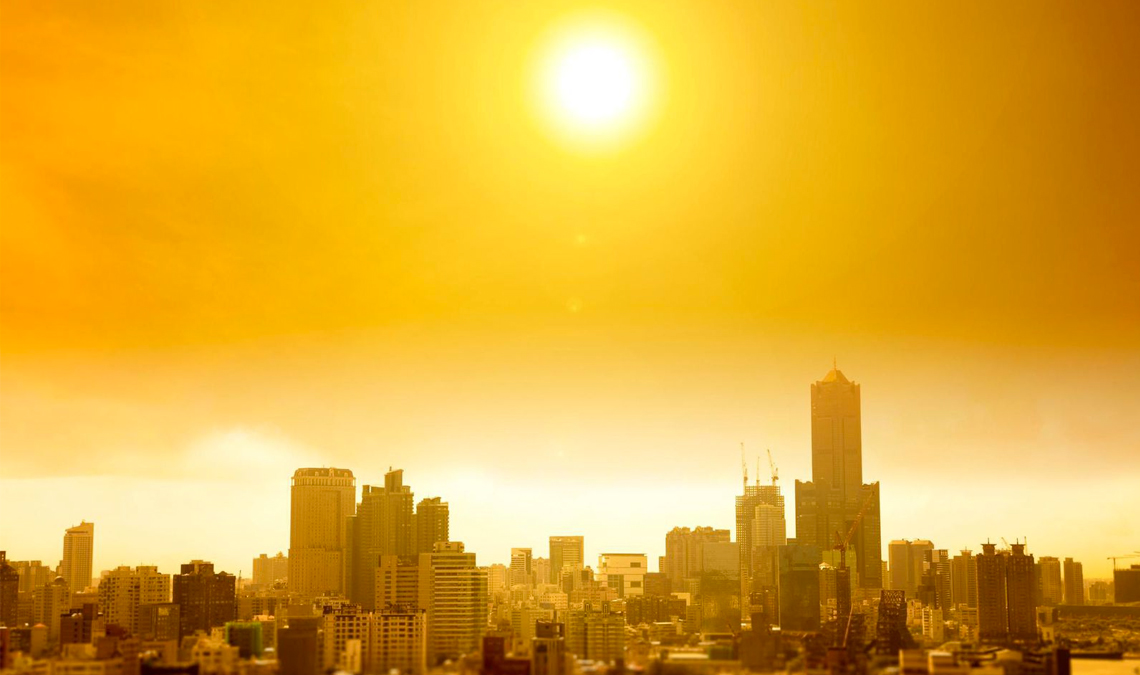 Excess urban heat is common within cities, but not all communities burden the consequences equally, according to new UC San Diego research

Low-income neighborhoods and communities with higher Black, Hispanic and Asian populations experience significantly more urban heat than wealthier and predominantly white neighborhoods within a vast majority of populous U.S. counties, according new research from the University of California San Diego’s School of Global Policy and Strategy.

The analysis of remotely-sensed land surface temperature measurements of 1,056 U.S. counties, which have ten or more census districts, was recently published in the journal Earth’s Future. It reveals that for 71 percent of these counties, land surface temperatures in communities with higher rates of poverty can be up to 4 degrees Celsius, or 7 degrees Fahrenheit warmer, compared to the richest neighborhoods during the summer months. The same is true for minority communities across the country compared to their non-Hispanic, White neighbors – even when controlling for income.

“The physical features driving surface heat spikes in these urban environments are fairly consistent across the country, even for cities with very different geographies and histories,” said first author Susanne Benz, who was a postdoctoral fellow supported by the School of Global Policy and Strategy’s Big Pixel Initiative while conducting the study. “Systematically, the disproportionate heat surface exposures faced by low-income communities with larger minority populations are due to more built-up neighborhoods, less vegetation, and – to a lesser extent – higher population density.”

Benz co-authored the paper with her postdoctoral supervisor Jennifer Burney, the Marshall Saunders Chancellor’s Endowed Chair in Global Climate Policy and Research at the School of Global Policy and Strategy.

“Particularly in summer, warming in cities due to alterations of the surface energy balance jeopardizes human health and productivity,” said Burney. “The distribution of excess urban heat varies within cities, and as a result, communities do not share a city’s extreme heat burden equally.”

Extreme heat has been linked to a range of consequences for humans, from premature births, to lower test scores, decreases in productivity and increased risk of heatstroke among children and the elderly.

Benz and Burney were able to analyze surface temperature changes caused by urbanization on a neighborhood-by-neighborhood scale by using satellite-data. Through leveraging a pixel-based image analysis to visualize and examine temperatures continuously over a large area, they could evaluate heating differences within cities. They compared these statistics to census district demographic information to quantify environmental inequities in urban climates.

The researchers made the data publicly available through the creation of an app, powered by Google Earth Engine, which community members can use to see how the temperatures in their neighborhood compare to surrounding areas.

In a separate, but related study recently published in Environmental Research Letters, Benz, Burney and co-author Steven Davis of UC Irvine, utilized the same methodology to provide a global analysis of heat anomalies that occur in all cities by comparing temperatures in urban areas to nearby and otherwise similar rural areas.

The team also made this data publicly available through a Google Earth Engine app, which provides users in urban neighborhoods a visual analysis of the temperature anomalies in their area and surrounding regions.

The data are provided for 200 M satellite-observed pixels and include urban heating measurements for the more than 13,000 of the world’s major city clusters.

The study reveals 75 percent of urban populations in these cities (about 1.8 billion people) experience urban heat during the daytime and nighttime in summer. On average, a person living in an urban environment is exposed to temperatures that are 3 degrees Celsius or 6 degrees Fahrenheit warmer than temperatures in their rural surroundings during summer days.

The results have major implications, as more than half of the world’s population now lives in urban areas. With warming increasing and trends of rural-to-urban migration expected to continue through the end of the century, the number of people living in extreme urban heat is expected to grow by 20 percent, affecting more than 2 billion people by the end of the century.

Urban green spaces are scarce, yet are needed to offset rising temperatures in cities

The team looked for global patterns that explained why certain cities had a lower urban heat burden than others, or even maintained cooler temperatures than their rural surroundings. They found vegetation and the number of built-up areas to be the two biggest drivers that create or offset heat within urban areas. Examples include desert cities like Palm Springs, which experience urban cooling due to more vegetation and light-colored street surfaces, roofs and other building materials.

Currently, 82 percent of all urban areas have less and/or light-colored surfaces than comparable cities.

“With more trees and greenery planted and changing building materials to pale colors that attract less sun, damages caused by urban heating in these areas could be offset,” the authors note.

The research team found that more vegetation planted could reduce summer temperatures on average by 0.6 degree Celsius or 1 degree Fahrenheit for 59 percent of the urban population. If building and roof colors were adjusted, in addition to more vegetation added, temperatures can drop by as much as 2.6 degrees Celsius and 4.6 degrees Fahrenheit, reducing heat for 83 percent of urban residents, which equates to 27 percent of the world’s population.

The authors conclude that as urbanization continues to increase, city planners need to take equitable access to ecosystem services provided, such as urban green spaces.

Benz and Burney suggest that the main takeaway of these two studies is that a different approach is required to city planning and policymaking.

“Smart urban planning cannot continue to be treated as a luxury item or else the most vulnerable populations will be further left behind and heat-based suffering will worsen for billions around the world,” Benz and Burney write. “Access to livable urban temperatures for all neighborhoods must become something we consider as essential for the vibrancy and functionality in our cities.”