Peter Cowhey peels back the layers on cybersecurity 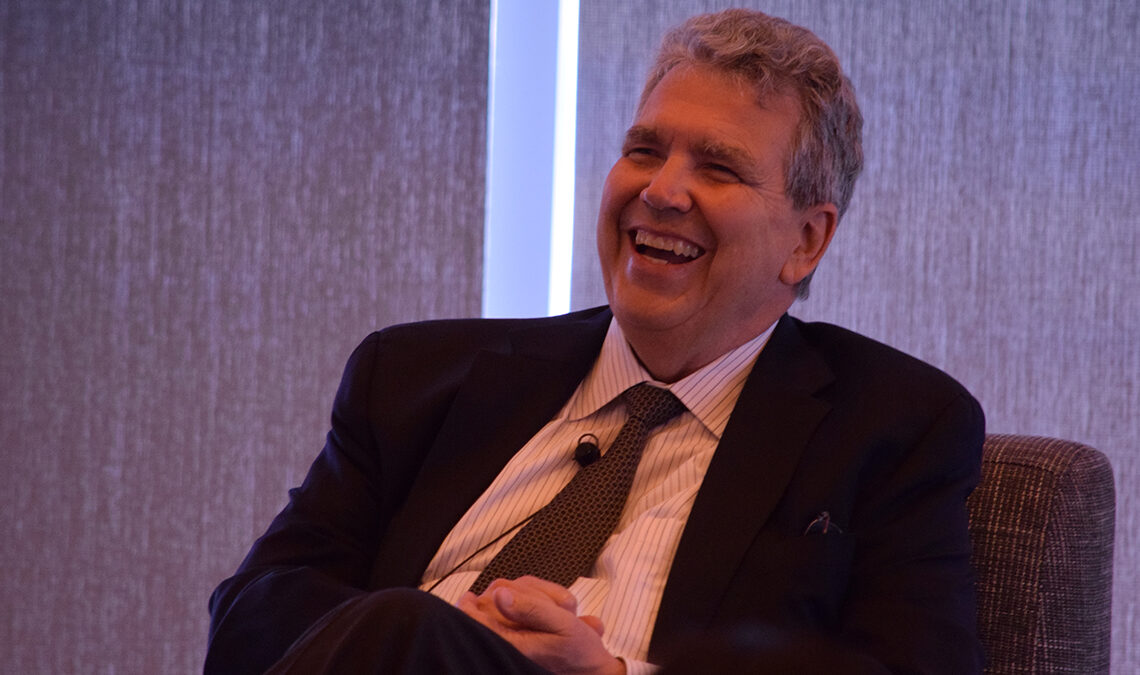 In his fifth year co-teaching cybersecurity at GPS, the dean reflects on how the course has evolved and what he also has learned from it 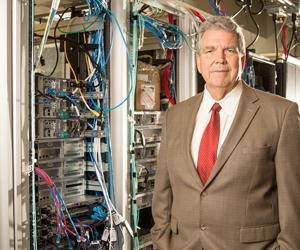 Some students at the UC San Diego School of Global Policy and Strategy (GPS) will be seeing a little more of their dean, Peter Cowhey, this spring.

Cowhey, who joined the faculty in 1976 and holds the Qualcomm Endowed Chair in Communications and Technology Policy, returns to the classroom to teach cybersecurity this quarter alongside Professor Stefan Savage of the UC San Diego Department of Computer Science and Engineering.

The course, which the professors have teamed up on for the past several years, tackles the challenges of improving cybersecurity in the U.S. and globally.

Beyond this description, Cowhey said, the course also represents an emerging interest from scientists and engineers such as at Scripps Institution of Oceanography and Jacobs School of Engineering to collaborate with policy scholars at GPS on areas that are technically detailed and deep in policy analytics.

“It’s very easy to get together in a room and talk on a superficial level about technology and the policy,” Cowhey said. “But to really dig into the details and figure out how the two work together, that’s hard work.”

And it’s exactly what he and Savage challenge their students to do.

“There are no magic fixes for cybersecurity,” Cowhey explained. “It’s a set of evolving, ongoing problems that requires a multilayered policy response to reduce risks of cybersecurity threats.”

To that end, Cowhey likens problems of cybersecurity to those of public health.

Consider the analogy of cleaning up sewage systems, he suggested, tagging this as “the largest, single improvement in public health in the world.” A second layer to improving public health was vaccines, and then emergency response to outbreaks and disease such as Ebola represents a third layer.

“Cybersecurity is quite similar,” Cowhey said. “There’s a basic infrastructure we need to invest in to make our systems more secure. There are some specific technology fixes to respond to threats that are a lot like vaccines. Then, there’s a need for rapid, emergency responses.”

This of which Cowhey formed a realization of in his past 40 years as an academic and public policymaker, including serving as a senior counselor and then chief of the International Bureau of the Federal Communications Commission and senior counselor to the Office of the U.S. Trade Representative under Presidents Bill Clinton and Barack Obama, respectively.

It’s this real-world policy experience combined with Savage’s strengths in technology that progresses the cybersecurity course year by year, the professors concur. 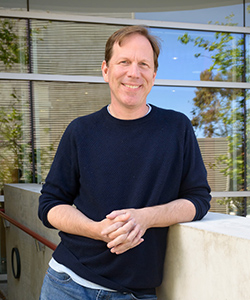 Getting students on the same page

Noting Savage has taught him about the technology affecting cybersecurity, Cowhey said: “The course has evolved because Stefan and I have used it to teach each other about our expertise. I hope that maybe I’ve taught him something about how to think about the policy considering cybersecurity.”

Savage, who also recently received the 2015 Association for Computing Machinery-Infosys Foundation Award, assures he has.

“From Peter, I learned that our mechanistic lens was not the right way to look at how policies are formed or what makes them work,” Savage said. “He also helped me understand better the ways in which cyber is not a unique policy domain, and that there are lessons to be applied from past policy conflicts.”

Recollecting on he and Cowhey’s first year of teaching the course, Savage expressed the challenge of making students with different academic backgrounds (engineering and policy) see eye to eye.

“Over time, one of the things we learned was to get the students talking across disciplines early and to tie projects to current events about which there was significant information,” Savage said. Hosting discussions outside of the classroom and bringing in speakers ranging from federal prosecutors to lobbyists, security technologists and others has proven effective, too, he added.

Cowhey added the most rewarding part of the cybersecurity course is seeing GPS students working in teams with students studying computer science.

“When the chemistry really takes off, they will explore in depth a particular problem in ways that surprise us,” he said. “The best teams create projects that are a source of discovery for us.”

For Cowhey, those moments even sometimes inspire his work outside of the classroom.

“This course has influenced a chapter in my new book,” he divulged. “That chapter on cybersecurity suggests a number of policy findings that we have to act upon if we’re to improve the security of cyber.”