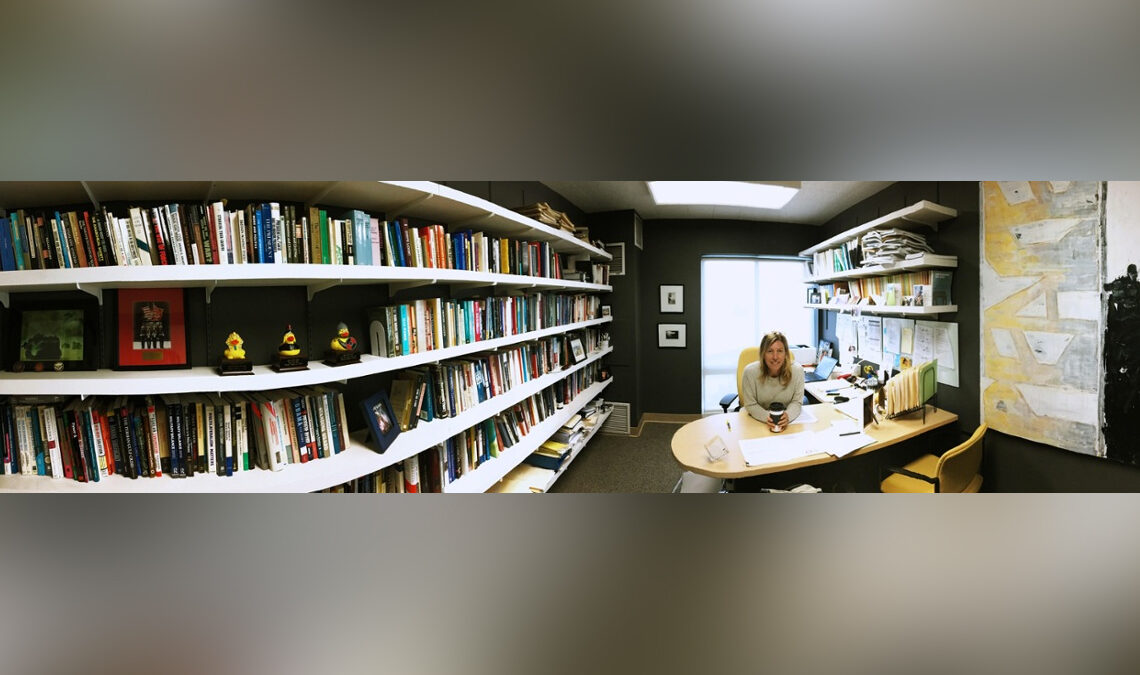 The GPS faculty member opens up about some of the dearest objects that adorn her office, painting a picture of her professional backstory and personal interests

Walk into the office of Professor Barbara F. Walter at the UC San Diego School of Global Policy and Strategy (GPS), and a few things might pop out to you. Most of them will likely be yellow. On the left are three peculiar rubber ducks and on the right hangs a beautiful painting. Straight ahead, there are yellow chairs, a yellow tape dispenser and even a yellow stapler.

To a degree, the brightness that overpowers the dark gray walls very much represents what drives most all of Walter’s research. A professor of political science at GPS since 1996, Walter has developed a knack for dissecting the ways in which peace—the light—can be found during times of civil unrest—the darkness.

She is the recipient of numerous grants and fellowships, including awards from the National Science Foundation, Carnegie Corporation of New York, Harry Frank Guggenheim Foundation and Smith Richardson Foundation. In 2012, she co-founded the now award-winning blog Political Violence @ A Glance. Expanding on her research regarding the behavior of rebel groups in civil wars, Walter’s current research explores why so many civil wars since 2003 have broken out in Muslim countries, why they are being predominantly fought by radical Islamist groups and why these radical groups are out-performing more moderate groups on a host of different measures.

Ahead of winter break, we knocked on the international security expert’s office door and asked her to point out a couple of meaningful objects in her workspace that correspond to these endeavors. Hover over the image above for the big picture on her professional backstory and personal interests.