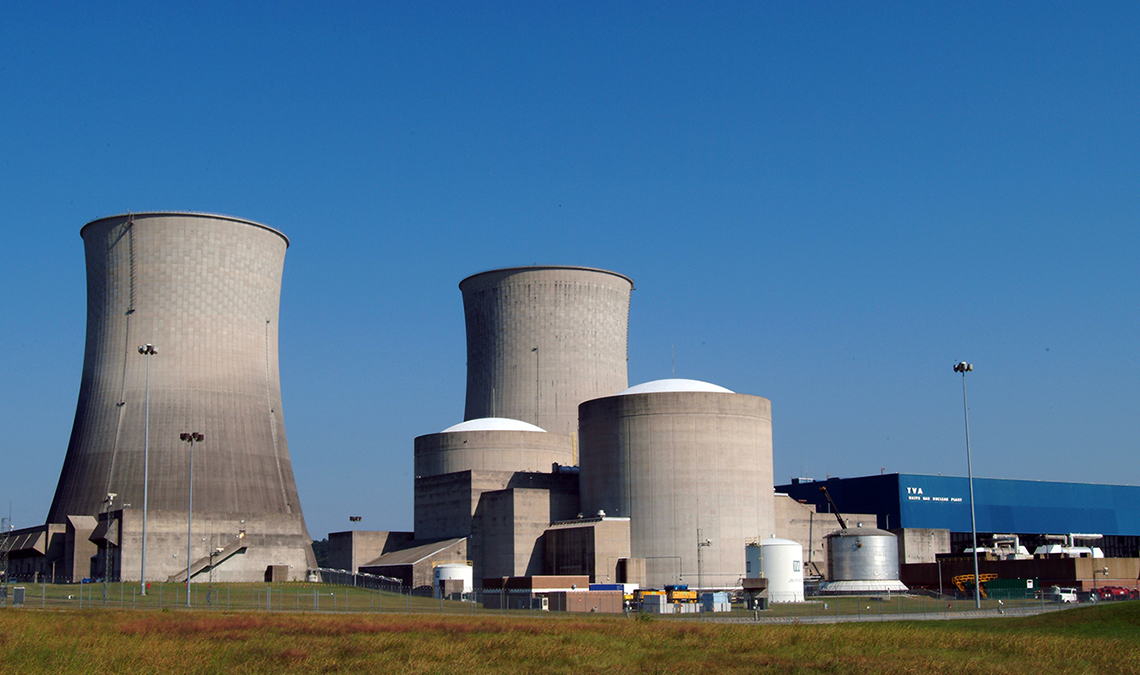 Without significant improvements, the state of nuclear power in the United States — and of nuclear science itself — will likely steadily decline, researchers at the UC San Diego Deep Decarbonization Initiative conclude in a set of articles assessing the state of U.S. innovation in advanced fission.

What’s more, this decline could lead the U.S. to lose its position as a leader in all nuclear endeavors, they say, from fundamental nuclear science to developing radically improved nuclear reactors that could support the fight against climate change.

“[S]hould the enterprise proceed along its current trajectory — with limited political support, unfocused funding, stagnant leadership, and aging infrastructure that is of limited utility — the most likely outcome is a slow demise of both nuclear power and nuclear [research and development] in the U.S., and the nation’s gradual shift from a position of leadership on nuclear matters to the periphery,” the researchers write in the September 2017 issue of Energy Policy.

The researchers used semi-structured interviews in their assessment: they elicited judgments on the state of the enterprise from 30 senior nuclear-energy experts, and explored all major organizations involved in it. They focused in particular on the U.S. Department of Energy’s Office of Nuclear Energy, the office tasked by the federal government with supporting applied nuclear energy research and development.

In one of the most in-depth assessments of the challenges facing nuclear innovation, the researchers sat with experts who have more than 750 years of cumulative experience in nuclear innovation. They came from a wide range of organizations, including the Department of Energy, its national laboratories, academia and industry. To ensure frank discussion, the interviewees were guaranteed anonymity.

Coauthors Ahmed Abdulla and David Victor, both of the School of Global Policy and Strategy, emphasized that without major policy reforms and new technology, advanced nuclear energy is unlikely to play a substantial role in mitigating carbon emissions into the atmosphere. This “deep decarbonization” is necessary to avert the worst consequences of climate change, they said.

Abdulla is a post-doctoral fellow working on energy policy and the electricity sector. Victor, an energy expert and author of “Global Warming Gridlock,” is co-director of the Laboratory on International Law and Regulation and co-chair of the Foreign Policy, Energy Security and Climate Initiative at The Brookings Institution. Victor founded the Deep Decarbonization Initiative at UC San Diego with George Tynan of the Jacobs School of Engineering.

The Deep Decarbonization Initiative is a combined effort of faculty across UC San Diego working at the intersection of science, technology and policy, who are focused on helping the world cut emissions of warming gases given the very real technology, economic and political constraints that exist. Current research includes advocating for a broad energy portfolio for decarbonization and analyzing microgrids throughout Southern California.

“Deep decarbonization in the U.S. will require a shift to an electrified society dominated by low-carbon generation. Many studies suggest that the most cost-effective way to do this is with a portfolio of technologies that include a role for nuclear power,” they write, acknowledging the large role electric power is likely to play in any future energy system.

In the study, the researchers asked all experts the same questions, exploring the current state of advanced fission innovation in the U.S., the Office of Nuclear Energy’s past performance, critical capability gaps that must be addressed in the future and, ultimately, the fate of nuclear fission in the U.S.

While experts offered broadly similar diagnoses of the Office of Nuclear Energy’s opportunities, it was in charting a course forward that the experts disagreed most, the researchers found.

“While most experts delivered a consistent diagnosis of the problems afflicting the enterprise, there was limited consensus on path and prospects for success moving forward,” they wrote. And while they found it unlikely that nuclear energy could help decarbonize the atmosphere and combat climate change, the experts were “fairly consistent” in listing goals to address the challenges facing nuclear innovation.

“Experts saw a need to clarify [the Office of Nuclear Energy’s] overarching mission for the coming decades: support for the development and construction of advanced fission prototypes.” Once this mission could be secured, the experts outlined a need to consolidate the current, aging facilities to help free up funding to develop new test facilities. Additionally, they said “rigorous peer-review standards” must be implemented, perhaps with outside help from organizations that have contended with similar challenges in the past.

“Regardless of strategy, achieving these revised goals, either under a status quo leadership structure or one of the new approaches described by the experts, will require political support,” the researchers wrote.

In addition to Abdulla and Victor, the Energy Policy article “Expert assessments of the state of U.S. advanced fission innovation” is authored by Michael Ford and M. Granger Morgan of Carnegie Mellon University.

Their research was funded in part by the John D. and Catherine T. MacArthur Foundation, the Center for Climate and Energy Decision Making, the U.S. Department of Veterans Affairs and Carnegie Mellon University Yellow Ribbon Program, the UC San Diego Frontiers of Innovation Scholars Program, the School of Global Policy and Strategy, and the Electric Power Research Institute.

From the abstract: Deep decarbonization of the global energy system will require large investments in energy innovation and the deployment of new technologies. While many studies have focused on the expenditure that will be needed, here we focus on how government has spent public sector resources on innovation for a key carbon-free technology: advanced nuclear.

Our analysis shows that — despite spending $2 billion since the late 1990s — no advanced design is ready for deployment. Even if the program had been well designed, it still would have been insufficient to demonstrate even one non-light water technology.

It has violated much of the wisdom about the effective execution of innovative programs: annual funding varies fourfold, priorities are ephemeral, incumbent technologies and fuels are prized over innovation, and infrastructure spending consumes half the budget.

Absent substantial changes, the possibility of U.S.-designed advanced reactors playing a role in decarbonization by mid-century is low.