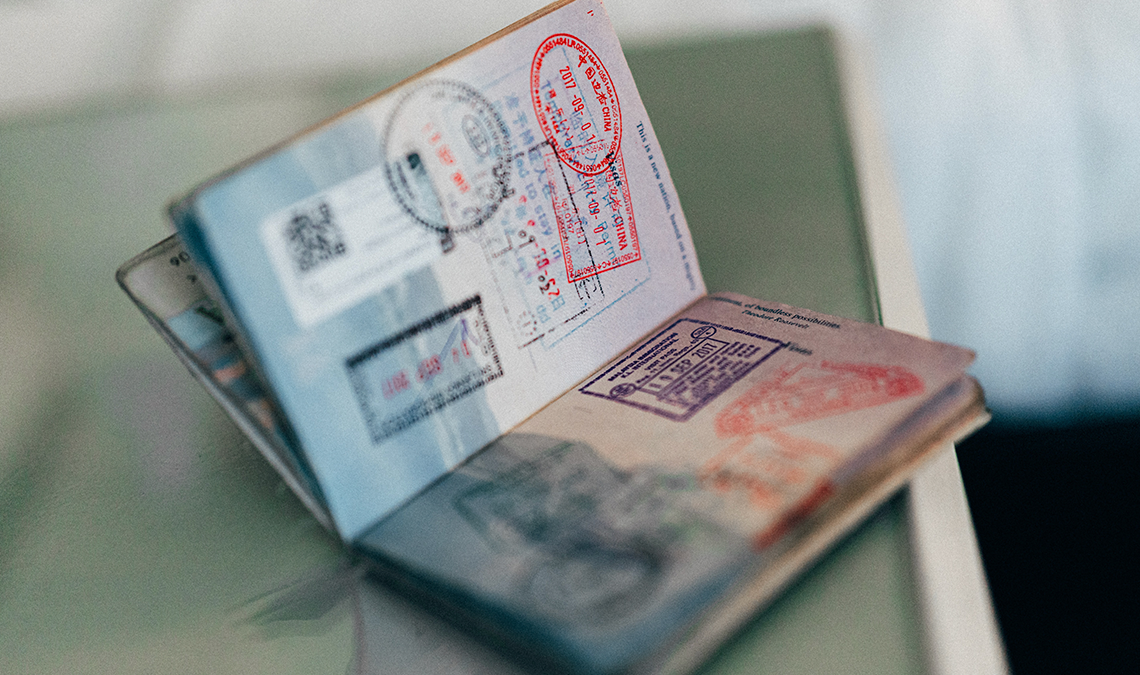 Ambassador Diana Lady Dougan remembers precisely when she wanted to be a “public policy person.” She was just a young child when her family moved to Seoul, Korea in 1948. The southern half of Korea had finally become an independent nation. But it was desperately poor and still digging out from the rubble and chaos of World War II and 40 years of Japanese exploitation. Her father had been recruited by the newly established Republic of Korea (ROK) to be its principal Economic Advisor, reporting directly to the country’s president. At the time the ROK was ranked as the fourth poorest country in the world.

Her family lived in a compound directly across from Seoul’s main railroad station. It had become the gathering place for thousands of refugees who had left everything behind in the north to make the dangerous journey on foot to Seoul to escape from the Communist Party tyranny in Pyongyang.

Even when she went with her mother to periodically bring buckets of hot soup and rice to the refugees that first bitter cold winter, she continued to cry. There would never be enough to feed, much less help, all these people. One day her father gave her advice she would never forget: “In order to really help people, you must work on making and preserving policies that creates environments for people to have the freedom to learn to be self-sufficient and not depend on the charity of others.”

For more than four decades, Ambassador Dougan has served in senior strategic communications, technology and foreign policy leadership positions in industry and government. This includes appointments by three U.S. presidents (both Republican and Democrat) in full Senate-confirmed positions. For over five years she served as the first statutory U.S. Coordinator for International Communications and Information Policy. In that capacity, she played a leadership role in advancing international standards, protocols, and policies that laid the early groundwork for globalization of affordable access to information and communications through mobile phones, satellites and transborder data flows in both developed and developing countries.

She has founded several seminal international initiatives during her years as a program chair and Senior Adviser at the bipartisan Center for Strategic & International Studies (CSIS). These include founding the Center for Information Infrastructure and Economic Development (CIIED) under the prestigious Academy of Social Sciences in Beijing, as well as strategic multilateral initiatives in collaboration with the World Bank, OECD and developing countries.

“I realize over the course of my career, I have continued to focus on developing policies and initiatives that expand access, affordability and utililty of information technologies and services in developing as well as developed regions,” said Ambassador Dougan. “I continue to believe it is critical that individuals be able to reach beyond the gatekeepers of big governments, big institutions and, yes, big business to learn and flourish.”

Currently, Ambassador Dougan continues as a senior adviser at CSIS, is chairman of Cyber Century Forum, Catalyst Foundation and Educational Reform Foundation and serves on numerous boards and in international strategic advisory capacities. She has received many honors for her public service and is an award-winning documentary film producer and a two-time Peabody award winner. She is also an honorary citizen of The Republic of Korea and has been accorded by the U.S. government the permanent rank of Ambassador.

Denis Tse is a Hong Kong native and honors’ graduate from Northwestern University.

“Denis stood out as a truly strategic intellect when he interned for me at CSIS over twenty years ago. His grasp of technology, economics and strategic policy was exceptional,” said Ambassador Dougan. “I was not surprised that Denis became the first Asian Kaufman Fellow.”

Their long-term bond and friendship as mentor-mentee continues to this day.

“Working for Ambassador Dougan opened my eyes to the world of venture capital, as well as the power of regulatory liberalization to the development of the Internet and its infrastructure,” said Tse, who went on a 20-plus-year career in venture capital and private equity, and most recently to build the cross-border investment practice of ACE Equity Partners, an Asian technology private equity firm, in Singapore. “Ambassador Dougan has been my lifelong mentor and in 2019 she introduced to me the wonderfully substantive work of the 21st Century China Center at the school.”

Ambassador Dougan has continued to mentor numerous students and professionals throughout her distinguished career, including many at UC San Diego.

“When I learned that Denis had established and endowed the Ambassador Diana Lady Dougan Fellowship in Contemporary China Studies, I was absolutely thrilled as well as honored – not just by the gift, but that it was Denis who was establishing the fellowship in my honor,” said Ambassador Dougan.

Given Ambassador Dougan’s long-term strategic and policy involvement in China, Tse established the fellowship in her honor to support promising graduate students studying contemporary China. Established as a long-term endowment, the fellowship will inspire and support recipients long into the future.

“The world has entered a rapidly evolving phase of international relations in which it is all the more important that the new generation of foreign policy and international business professionals not operate on an anachronistic economic, strategic and – perhaps controversially – moral frame of mind about how China and the U.S. look at each other,” said Tse. “That is why the best way to honor Ambassador Dougan’s mentorship is to help cultivate such a new generation.”

Master of Chinese Economic and Political Affairs student Chris Xu has been named as the inaugural recipient of the Ambassador Diana Lady Dougan Fellowship in Contemporary China. His studies are focused on urban and regional development in the digital age, as well as its implications for different population groups. Currently, he is working with GPS professors Tai Ming Cheung and Barry Naughton on their research project about Chinese innovation and industrial policies.

Before GPS, he worked at the United Nations Division for Public Institutions and Digital Government in New York, the Strategic Planning Unit at UN-Habitat in Nairobi and the Pudong Finance Bureau in Shanghai to study the pathways through which a smart, sustainable and inclusive city is built.

“This fellowship has enabled me to focus on my academic and professional pursuits without worrying about any financial burdens that the process might incur. It empowers me to make the best of my time at GPS, which is one of the best places to learn international relations and China,” said Xu. “Support for graduate students is so important because we are at a critical juncture where the cost for attending tertiary education is higher than previous generations in the U.S., yet the demand for analytical skills learned from our institutions is higher than ever.”

On the impact of the fellowship, he continued, “More importantly, the Dougan fellowship has given this impressionable mind a chance to listen to and communicate with pioneers in the policy world, such as Ambassador Dougan herself, to understand that global affairs are more than just glitz and glamour but also perseverance and resilience.”

Maintaining a work/life balance as a master’s student

By Virginia Watson
3 Mins read
Morgan Furr talks soccer, building connections with your cohort and the importance of sticking to a schedule
AlumniCareersEventsFacultyStudents

By Virginia Watson
6 Mins read
From panelists to negotiators and attendees, GPS had boots on the ground at the major international climate event and presented new research on practical climate and trade policies and practices
Community

By Virginia Watson
7 Mins read
From classic memoirs like “Kitchen Confidential” to a Pulitzer Prize-winning novel about trees and an updated spin on tales from King Arthur’s court, GPS professors share the books they can’t put down
×
Philanthropy