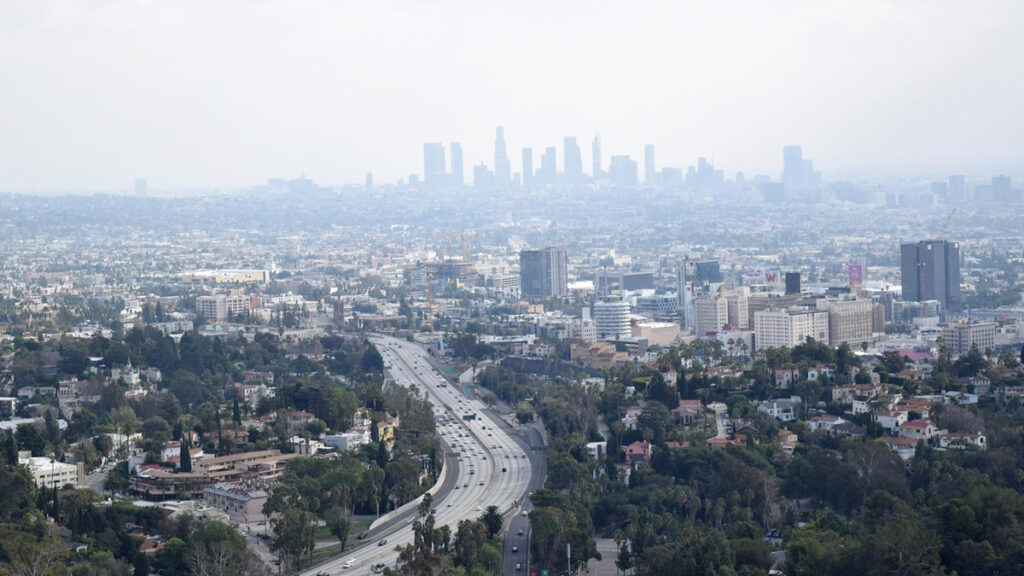 Asian and Hispanic communities experience significantly more air pollution from economic activity compared to predominantly white neighborhoods across the state of California, according to new research from the University of California San Diego’s School of Global Policy and Strategy.

The study published in the journal Nature Sustainability suggests California’s environmental regulations as a whole preferentially protect white, non-Hispanic people within the state from exposure to air pollution.

The study focused on 2020 when the state issued shelter-in-place orders in response to COVID-19. The researchers compared patterns of air pollution both before and during the shutdown, using data from public and privately-owned air monitor networks, along with satellite measurements of the pollutant gas nitrogen dioxide. After considering various factors, even how much communities were sheltering-in-place, the researchers found that during the period when the “in-person” economy was shut down, neighborhoods with high Asian and Hispanic populations experienced disproportionately large declines in air pollution. That means the inverse is true when it’s business as usual.

They also found that Black communities didn’t see a similar disproportionate benefit in air quality during the shutdown. Black California residents were exposed to higher levels of pollution compared to whites during the shutdowns when only essential businesses were operating. The same was true after COVID-19 restrictions lifted. This suggests power plants, electricity generators and other emission sources that were not curtailed during the shelter-in-place orders are regularly exposing these populations to dirtier air.

The paper also finds low-income communities are consistently exposed to more pollution when the economy is fully functioning and that these neighborhoods also saw disproportionately cleaner air during the shutdown. However, when the researchers accounted for income in their analysis, it didn’t explain the findings of higher air pollution exposures for Asian, Hispanic communities throughout the state.

“Income only explains about 15 percent of the disproportionate decrease in air pollution experienced by Asian and Hispanic communities during the shutdown,” said Jennifer Burney, the Marshall Saunders Chancellor’s Endowed Chair in Global Climate Policy and Research at the School of Global Policy and Strategy. “This may be surprising to many because people tend to conflate income and race, both because systemic discrimination is a hard thing to face and because we have accepted that we live in a world where individuals can ‘buy’ cleaner air through higher housing prices in less polluted areas.”

Burney added, “the COVID shutdown gave us a window into what pollution patterns look like when most of the economy is turned off and it showed that though there is some small overlap, income does not explain the racial and ethnic bias in how our economy creates and distributes pollution.”

Burney and the research team take this as evidence of an environmental policy failure. In California, all emissions are subject to regulation — transportation, energy, construction and other industries have to meet strict environmental standards.

“One would think that in a state with strong environmental policies, where we track what is being emitted where, that our regulatory system might do a good job of protecting everyone equally,” Burney said. “But this is really strong evidence of systemic bias. Pollution sources from everything that was shut down, transportation, businesses, restaurants, etc. all add up during business-as-usual conditions. Thus, the total system is tipped, exposing racial and ethnic minorities to more pollution.”

The health impacts of poor air quality are far-reaching. Unhealthy air is linked to higher rates of infant mortality and adult mortality as well as respiratory and cardiovascular illnesses.

While the study is limited to the state of California, the researchers believe that the disparity in air quality between ethnicities most likely applies to other states. The paper includes various policy recommendations. For example, the largest pollution source affected by the pandemic’s slowdown was transportation, so policies that affect transportation emissions could have important impacts for California’s underrepresented communities.

“There is no clear, quantitative equity criterion applied in regulatory analysis to safeguard against environmental racism,” said co-author Katharine Ricke, an assistant professor at the School of Global Policy and Strategy and Scripps Institution of Oceanography. “For example, if an industry wants to build a factory, they have to complete an environmental assessment report, but that report isn’t required to include a set of metrics to demonstrate how different demographic groups nearby would be affected. If industries had to run atmospheric models to show that the proposed facility is not going to disproportionately affect minority neighborhoods nearby, that could instigate a significant shift in making environmental regulation more equitable.”

The authors also suggest including communities in the planning process when there are proposed changes to their surrounding environment that could impact air quality.

“This is not new, but procedural justice is also critical,” said co-author Pascal Polonik, a Ph.D. candidate at Scripps Oceanography. “Communities need to be engaged in meaningful ways to ensure that everyone has access to what should be a democratic process.”

Polonik added that “by improving access to information, such as data from the crowd-sourced sensors that were utilized in the study, could help communities be part of informed decision-making. Unfortunately, these sensors tend to be located in the places least likely to be impacted by unjust pollution exposure.”