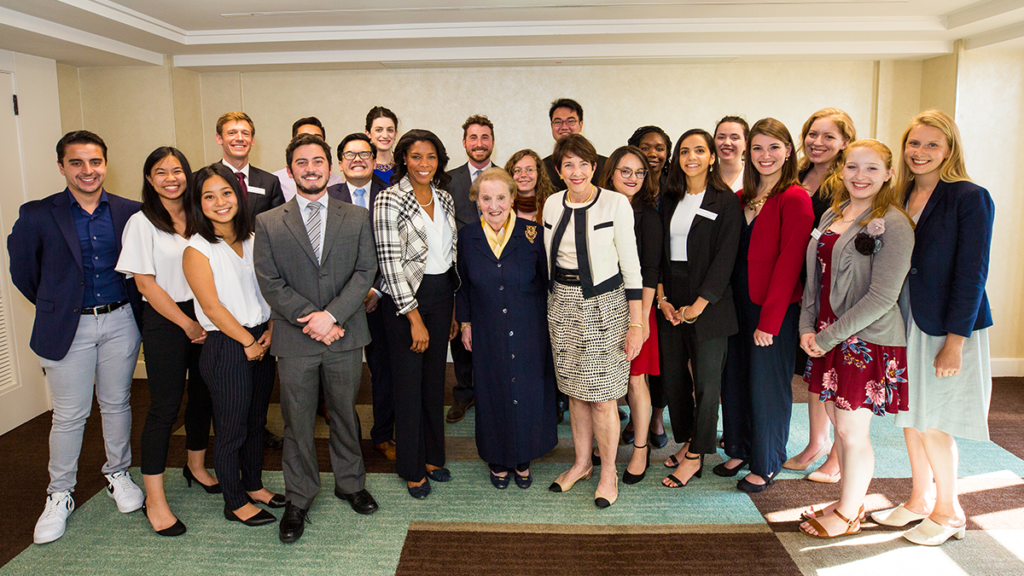 Former U.S. Secretary of State Madeleine K. Albright is one of the nation’s leading authorities on foreign affairs. In June, Albright visited the UC San Diego School of Global Policy and Strategy (GPS) for an intimate Q&A session with our Dean’s Fellows to discuss democracy, human rights and the American dream. Albright also served as the keynote speaker for UC San Diego’s All Campus Graduation on June 15.

“It took me quite a long time to develop a voice, and now that I have it, I am not going to be silent.” – Madeleine K.

As a former refugee and the highest-ranking women in U.S. government history, Albright offered an invaluable perspective for GPS’s budding diplomats.

The meeting was arranged by Professors Susan Shirk and Renee Bowen, the later who launched the new Center for Commerce and Diplomacy (CCD) at GPS, which is designed to help educate and train the next generation of diplomats.

“The most surprising thing about the visit was how affable and warm Secretary Albright was in person,” said Bowen. “This reinforced to me that diplomacy is as much about hard skills – negotiating, research, cultural and historical knowledge – as it is about soft skills like understanding where the other party is coming from, listening, being patient and knowing what to say when.”

Below we hear from three of our distinguished Dean’s Fellows, young women who hope to make positive change in their own communities and were inspired by Albright’s talk. 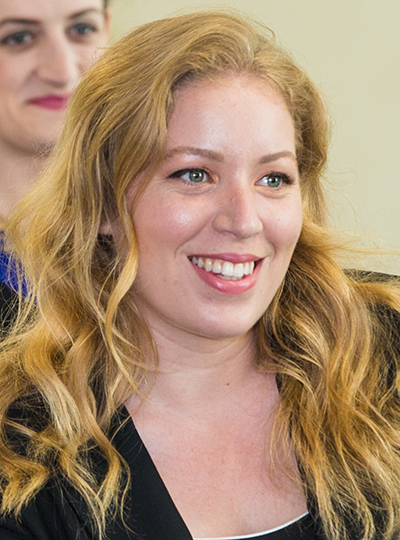 Dean’s Fellow Laura Vossler was particularly inspired by Albright’s admonition: “You have to be in the room to make the decisions. Go there now and serve your country.”

Vossler felt encouraged to think outside the box and build places of common ground in diplomacy. Interested in fighting governmental corruption, Vossler spent the last four years working in Washington, D.C. at multilateral institutions, and is hoping to transition her focus into security studies.

“In my work, it’s important to ask the tough questions – to be transparent and accountable and to have an open government structure,” said Vossler.

As a refuge herself, Albright has a story to tell about the future of diplomacy in America.  Vossler was struck by Albright’s clear dedication to sharing her wisdom with the next generation and encouraging future leaders.

“I’m pretty sure everyone in the room was star struck. Albright has seen and lived through so much, with so much clarity and dedication to this next generation,” said Vossler. “I am inspired to continue her legacy and serve my country. She is the grandame.” 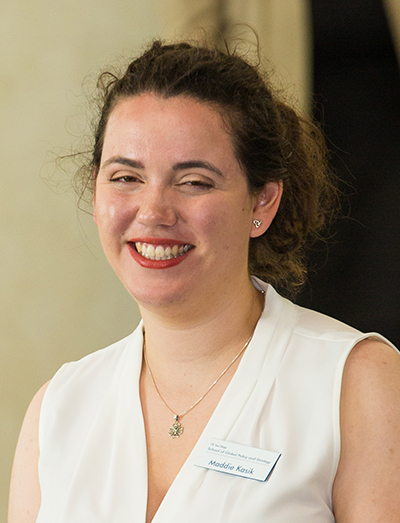 “We have seen these trends before, it is up to us to stop them,” warned Albright on the rise of fascism.

Passionate about human rights, Kasik has spent the last year dedicated to studying human rights violations. Curious as to how the U.S. can engage in foreign policy with the rise of populism and authoritarianism, she was able to ask the other “Maddie” about how to reconcile and work together with regards to foreign policy.

“If you want to be involved in politics, Albright recommends really understanding the historical and cultural context of others, including learning the language and customs,” recalled Kasik. “Albright encouraged us to recognize how different people engage and what it entails to be a diplomat.”

Albright’s newest book “Fascism: A Warning” is a personal and urgent examination of Fascism in the twentieth century and how its legacy shapes today’s world. Many of its topics were at the center of dialogue during the intimate conversation.

While many have been soured by the current state of affairs in our government, Albright encouraged students to engage in policy and politics, even ones they don’t necessarily agree with and to celebrate our differences and diverse country.

“Meeting Albright really reaffirmed and re-sparked my interest to work for the government and to get involved in diplomacy with a human rights approach,” said Kasik. “She encouraged us to get involved now, to rise up in knowledge and expertise and run for office.”

Building a better future for refugees 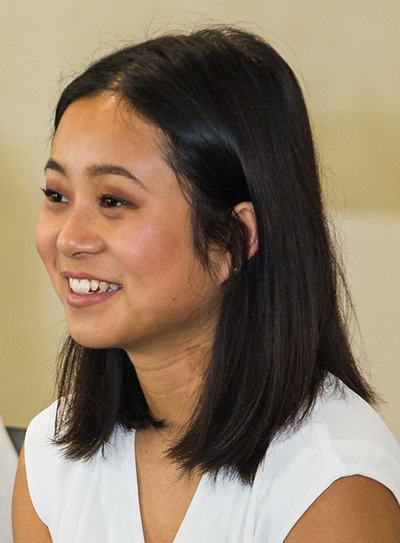 Along with her family, Albright immigrated to the U.S. in 1948 from Czechoslovakia.  As a Japanese citizen growing up in America, Albright’s story resonated with Mari Kojima, who is eager to continue on the path of the American dream and make a difference for refugee families who wish to do the same.

“I think Albright sets new standards for women around the world, especially as a refugee herself,” said Kojima. “She had a climb to power that I have never seen before. She is a champion of democracy and good governance across so many countries.”

Having lived in Bangladesh as a child, Kojima has always had an interest in the refugee crisis and human rights. Growing up multicultural and bilingual, she was eager to meet someone who represented the highest ideals and path of immigrants coming to the U.S.

“I don’t have American citizenship myself. I think she’s a great representation of what an immigrant and refugee can become,” said Kojima. “I hope her story spreads to other refugees who hope to seek asylum or find opportunities in other countries.”

Currently interning at the office of the United Nations High Commissioner for Refugees, Kojima’s work is dedicated to saving lives and protecting rights for refugees and those forcibly displaced communities and stateless people. As the UN refugee agency, her work in the African Bureau has been illuminating for her studies and future career.

“Multiculturalism is so important. We are not defined by one thing, we are able to create our own identities,” said Kojima. “Your morals and standards are what’s important. I will always remember the presence and command Albright had in that room.”

For a photo gallery, visit here.