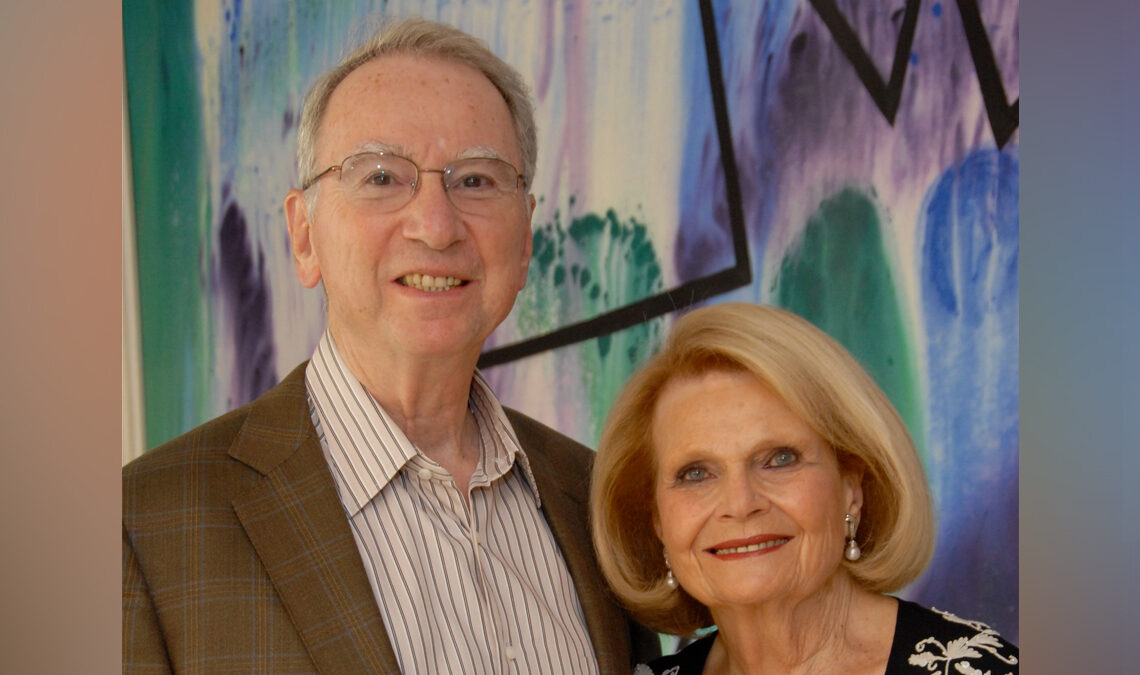 Joan K. and Irwin M. Jacobs have committed to provide a $14 million endowed gift to the University of California San Diego’s School of Global Policy and Strategy. The gift will support its Center on Global Transformation (CGT), as it drives inquiry on two major transformations of the 21st century: how global economic and political structures are changing and how advances in science and technology improve policy and alter the distribution of wealth around the world.

In recognition of the gift and at the request of the Jacobs, the center will be renamed to the Peter F. Cowhey Center on Global Transformation. Cowhey has served as dean of the School of Global Policy and Strategy for nearly two decades. On June 30, 2021, he will retire to become professor emeritus.

In addition to furthering CGT’s research addressing global economic and technological transformation, the gift will support the center’s efforts to develop and maintain a network of global leaders through its signature Pacific Leadership Fellows program.

The Jacobs have been supporting the center since it was established in 2006. With their cumulative donations to the School of Global Policy and Strategy over the years, the Jacobs are the largest donors to one of the world’s top professional schools in international relations and public policy. The Jacobs are also UC San Diego’s biggest donors.

“We are incredibly thankful to Joan and Irwin Jacobs for their transformative gift to deepen the impact of the School of Global Policy and Strategy’s efforts to address challenges arising from global economic and technological change,” said Chancellor Pradeep K. Khosla. “The Center on Global Transformation builds on UC San Diego’s strengths in developing technologies that transform the world as well as the school’s understanding of global economic and political developments. The center acts as the nexus where technology meets public policy.”

The gift from the Jacobs recognizes the leadership of Cowhey, whose vision led to the creation of CGT and its Pacific Leadership Fellows program, which brings leaders from throughout the globe to the campus to exchange ideas about the pressing issues of the 21st century.

Recent fellows include Yoriko Kawaguchi, former minister for foreign affairs and minister of the environment of Japan; Gregory Lee, global president of Nokia Technologies; Enrico Letta, former prime minister of Italy and Nirupama Rao, former Indian ambassador to the U.S., among others.

“Joan and I are very proud of the Center on Global Transformation’s accomplishments addressing questions of science, technology and the global economy through scholarship and policy analysis,” said Irwin M. Jacobs. “With Dean Cowhey’s innovative leadership, the center and School of Global Policy and Strategy have developed and maintained a network of leaders that will shape public policy over the coming decades.”

The Pacific Leadership Fellows program has hosted more than 100 fellows from 24 different countries.

“I am incredibly grateful for the generosity of Joan and Irwin Jacobs who have supported CGT’s excellent work since its inception,” Cowhey said. “This remarkable gift will allow the center to make new discoveries on how technological innovation shapes economies and societies around the world. It will also support our recruiting efforts for the next wave of Pacific Leadership Fellows to bring leaders of thought and action from around the globe to engage in depth with our school and the broader San Diego region.”

CGT is under the leadership of Joshua Graff Zivin, an internationally renowned economist whose broad research interests include the environment, health, development and innovation economics.

“Each year, we provide seed grants to fund innovative research by professors and those working with master’s degree and doctoral candidates across campus,” said Graff Zivin. “The permanent support established by the Jacobs will increase our influence by supporting more timely and groundbreaking research from the center for years to come.”

CGT’s recent highlights included awards to support the work being done by the United Nations’ Sustainable Development Solutions Network as well as research on how air quality affects the occurrence of influenza hospitalizations and deaths. CGT also supported a study by Jennifer Burney, associate professor of environmental science, which found that the shutdown of coal-fired power plants between 2005 and 2016 saved more than 22,000 lives.

Graff Zivin added that the Jacobs’ support will bring the Pacific Leadership Fellows program to new heights. “The program brings together dynamic thought leaders who shape strategy in their own countries through government, the private sector and academia for an extended visit to San Diego where they provide valuable insights about the urgent challenges confronting the world. They often work on projects that form the basis for policy dialogues with UC San Diego scholars.”

Planning is currently underway for the 2022 cohort of fellows, which includes David Malone, under-secretary-general to the United Nations; Kate Wilson, CEO of Digital Impact Alliance and Toomas Hendrik Ilves, former president of Estonia.