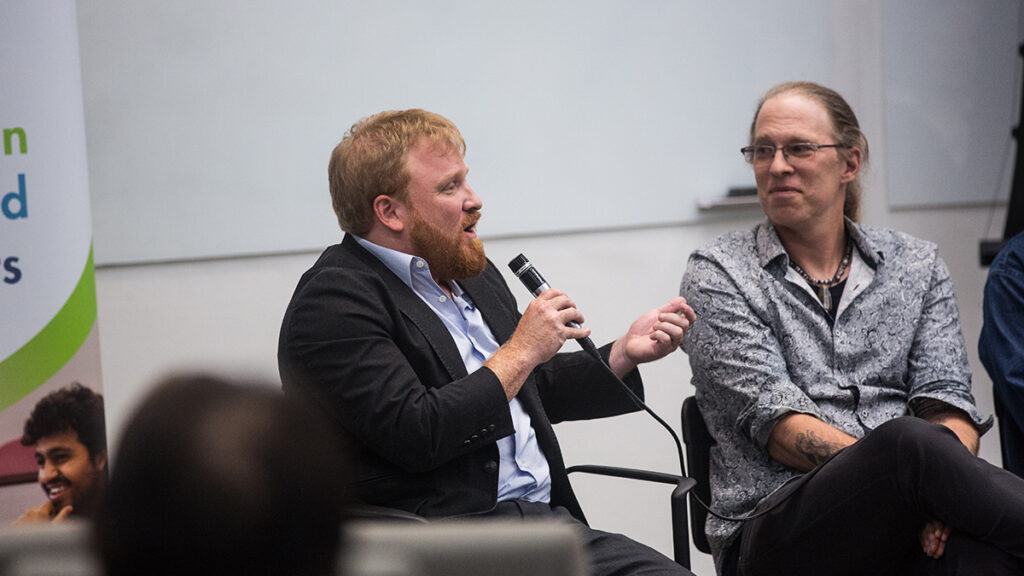 Via a Q&A, we dive into how the assistant professor’s book, ‘Warlords and Coalition Politics in Post-Soviet States,’ came about and what this award means 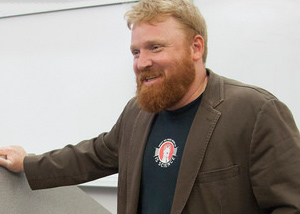 The award is bestowed to the author of a work representing the most important contributions to Central Eurasian studies, or a work that holds the greatest potential for furthering scholarship on the Central Eurasian region, and is awarded every other year to a book in the social sciences.

As attested by the CESS award committee, Driscoll’s “deep dive into militia politics in Georgia and Tajikistan … is a book that will endure through the years, making a foundational contribution to our understanding of why civil conflicts end.”

We connected with Driscoll for an inside look at the making of his award-winning tome and to understand the importance of the accolade to him.

What does this award mean to you in that it was bestowed by CESS?

“The award is a huge honor. Being asked to stand up in front of a full room of junior and senior historians, anthropologists and sociologists, as well as scholars who had traveled all the way from countries like Russia, Turkmenistan, Uzbekistan and Tajikistan to accept the award was really humbling. It is an interdisciplinary scholarly association, with a lot of different people who are all interested in getting the local representation of politics right. To receive an award from the CESS means my book is being taken seriously. That is really validating.”

Given this also is the first book you’ve ever published, in what way does that heighten the significance of this honor?

“Since there are just too many books to read, and more being written all the time, some extremely good books get ignored. Writing an academic book is a long game. You start doing it as a dissertation prospectus, often as a 25-year-old, with very little sense of what you are really getting yourself into. By the time it comes out you are 35—a completely different person than when you started. Along the way, one of the things that I did—and I think that everyone does this—is convince themselves: ‘Even if no one reads this book, it’s still a good thing to do. Even if it has no impact at all, it’s a good thing for me.’ But you never really let go of the hope that someone will read, and enjoy, what you write.  I feel really lucky.”

For how long was “Warlords and Coalition Politics in Post-Soviet States” in the making and from where does its content stem?

What led to your initial interest in Central Asia?

“I grew up in Saudi Arabia and lived in Yemen for a while. I focused on Middle East politics and studied Arabic as an undergraduate.  I became interested in Central Asia because of a very influential professor I had—Charles King, currently at Georgetown University—who convinced me to use the models I was carrying around about authoritarianism in the Arab world to try make a sense of what was happening in post-independent ‘Stans. This was a big contrast with people who came to the region by way of Moscow. When the Central Asian states became independent from the USSR, the first generation of scholars rushed in, but they rushed in from Moscow. For me, who didn’t speak Russian or know much about the Soviet Union, I was able to approach this region with a different set of questions. This was my introduction to comparative politics.” 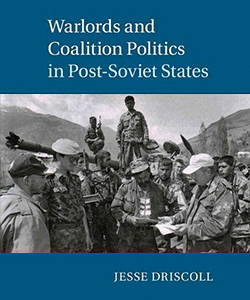 What was the fieldwork that served as a springboard for your book?

“Well, at the time I conducted initial fieldwork, U.S.-Russia relations were quite good. Certainly, both countries agreed on the nature of the threat we were facing with respect to Islamic fundamentalism in Central Asia. At this time the U.S. was attempting to stabilize Afghanistan. Right across the border was Tajikistan, which had fought a brutal a civil war about a decade earlier. I wanted to go to Tajikistan to learn more about how the Russians had solved problems that looked superficially similar to the problems America was facing in Afghanistan. That’s how I talked myself into the project at the early stages, anyway.

“(Laughs) The honest answer is that I won’t know for a while. That’s what I meant before when I said that writing a book is a long game. Most academic books don’t have any real-world impact at all, if you define ‘real-world impact’ as policy impact. What you really want to do is subtly change the conversation among the next generation of graduate students. On the other hand, there are a couple of tangible impacts I can point to. When the U.S. State Department appointed a new ambassador to Tajikistan last year, I was flown out to brief her. That type of opportunity provides more potential to make a policy impact than most political scientists have.

There’s a fair chance that in the future my book is going to be one of the books that people read to learn about the wars that broke out when the Soviet Union broke apart. What is pretty clear is my book is going to be a focal point because there are not many books published in this space. If I’m really lucky Tajik, Georgian and Russian students will decide my book is missing key points, redo it and make it better. That would be great.”

What’s next for you as an award-winning author?

“My second book is going to be about Ukraine, probably co-authored with Dominique Arel, chair of Ukrainian studies at the University of Ottawa. As the Ukraine war was heating up, my book went to press, so it actually contains a small section in the back that outlines what I thought the future of Ukraine held at the time. My next book project will be expanding that section into a full-length treatment. There are a couple of different papers I have under review.  But the civil war in Ukraine is one of the big sticking-points in U.S.-Russia relations, and I like to hope my work can contribute to conflict de-escalation—even if it’s just helping different actors realize that they all understand the problem in the same way.”