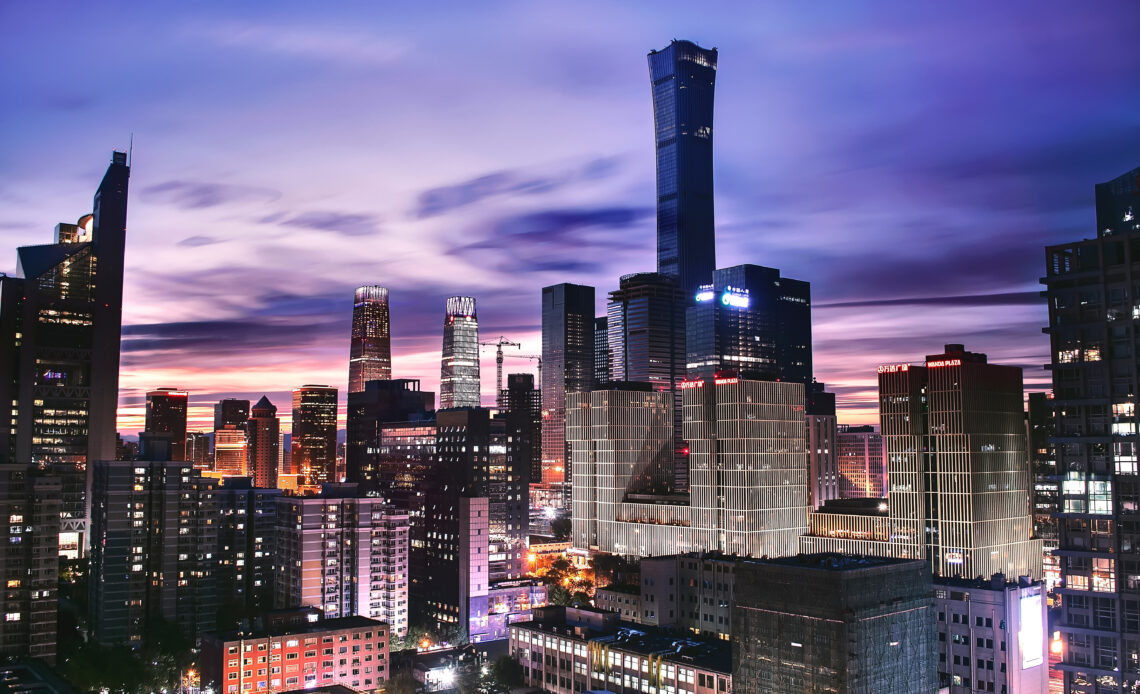 Asia and the Americas serve as a pivot point for global dynamics, meaning it is more important than ever to understand the economics and politics of one of the major players in the region: China.

Students in the Master of Chinese Economics and Political Affairs (MCEPA) program at the UC San Diego School of Global Policy and Strategy (GPS) dig deeply into China’s role in the Asia Pacific region and its relationship with the U.S.

The training students receive at GPS prepares them for roles in an array of fields – from academic to business, diplomatic and government positions. Rachel Lietzow, a 2021 graduate, is now a research analyst for Rhodium Group’s China practice, where she conducts research, interprets data and writes reports on China’s macroeconomy.

“I already knew that I wanted to pursue a career in China studies, so the China-specific MCEPA program stood out as a great option,” Lietzow said.

Lietzow noted that GPS’s MCEPA program was not the only graduate program she applied to – and she initially had some concerns about “the quantitative-heavy nature of the program.”

“I made up my mind to enroll at GPS after professors Barry Naughton and Victor Shih set aside time to chat with me one-on-one about my decision,” Lietzow said. “Seeing that they cared so much about even just a potential MCEPA student, I knew that the mentorship in such a tightly knit program would provide a valuable graduate experience.”

Lietzow said the MCEPA coursework helped to lay a foundation for the topics she reads and writes about each day – and having an understanding of Chinese economic development, Chinese politics and Chinese technology and security is a prerequisite for her to conduct research at Rhodium.

“Buzzwords in the study of Chinese macroeconomics are piles high, and a lack of exposure to these terms and concepts could pose a challenge when attempting to become informed on a topic,” Lietzow said. “Fortunately, I learned much of the context for these field-specific terms in the MCEPA program.”

Charlie Vest, a 2019 graduate who also works at the Rhodium Group as senior research analyst, said the comprehensiveness of the program – citing Shih’s research on Chinese politics and finance, Naughton’s research on economic reform and industrial policy, professor Tai Ming Cheung’s research on technology and strategy and assistant professor Michael Davidson’s research on energy and climate – more than prepared him for success in his career path.

“The MCEPA curriculum gave me a strong foundation across different aspects of China studies – politics, security, economics and environmental studies – that I use in my work daily,” Vest said.

“My undergraduate experience offered less integration of Chinese studies and economics, so I had not found a niche within the field before GPS,” Lietzow said. “MCEPA courses allowed me to recognize topics and areas I am less thrilled about – and having a general idea of what research interests you and what doesn’t is at least half of the battle.”

Along with a wealth of China scholars, one of GPS’s leading research centers is the 21st Century China Center, a leading university-based think tank that produces scholarly research and informs policy discussions on China and U.S.-China relations. The center was one of the main draws for 2020 MCEPA graduate Jingwen Liu.

“I really appreciated the flexibility to design your own curriculum for your interests and goals in MCEPA,” Liu said. “The exposure to research projects and the experience on the capstone project honed my way of thinking, which has proven even more important than technical skills.”

Liu now works as a data specialist at YipitData, where she collects, cleans and analyzes alternative data to track the performance of public companies and answers key investor questions.

“The program helped further foster my ability to see interconnections of China matters and my deep caring and curiosity about China,” Liu said.

To apply to the MCEPA program, visit our website.

By Virginia Watson
6 Mins read
From panelists to negotiators and attendees, GPS had boots on the ground at the major international climate event and presented new research on practical climate and trade policies and practices
AlumniEventsPhilanthropy

By Virginia Watson
5 Mins read
Jay and Lisa Hanson, both graduates and longtime supporters of GPS, named this year’s outstanding alumni for their continued contributions to the school
AlumniCareersStudents

By GPS Media
1 Mins read
Lis Best ’12 was hired by alumna Molly Gavin ’03 as an intern at Qualcomm, Inc. and by the end of the summer, she was offered a full-time position as a senior analyst after graduation.
×
Degrees

Is the MIA degree right for me?