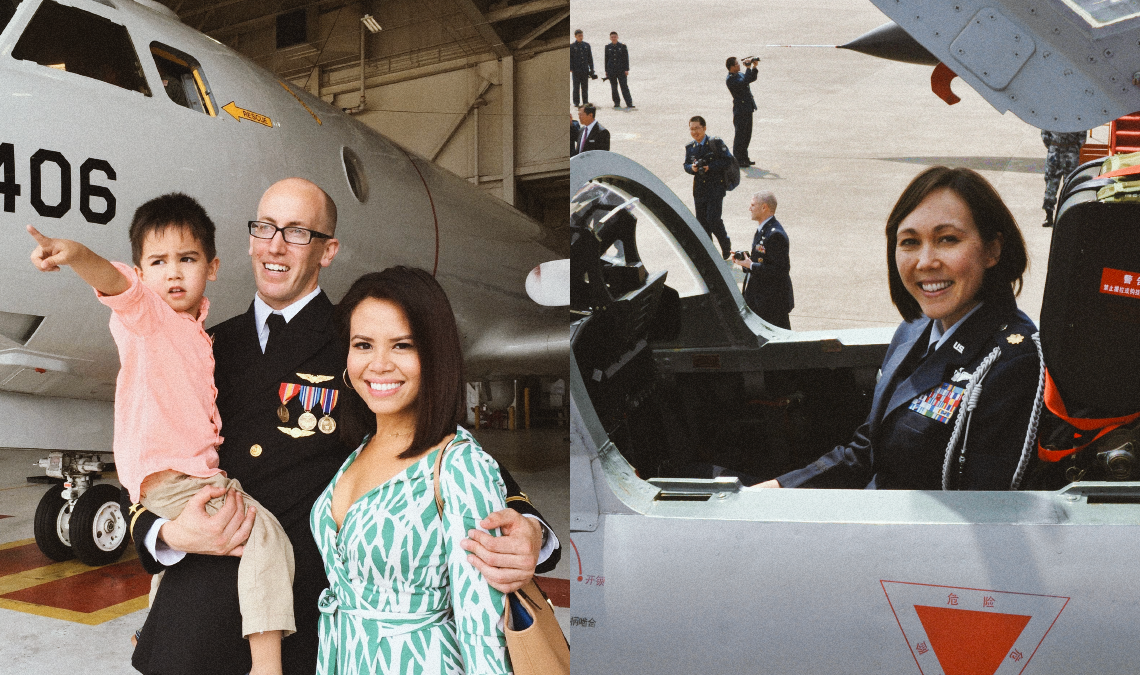 The UC San Diego School of Global Policy and Strategy (GPS) — with faculty and courses focusing on the study of conflict, diplomacy and security, particularly in the Asia-Pacific region — is perfectly situated for members of the U.S. military to advance their professional careers.

As part of the Master of Advanced Studies in International Affairs (MAS-IA) program, GPS students thrive in the diverse, cosmopolitan atmosphere of one of America’s most innovative cities.

On campus, students work with professors who are leading experts in their fields. Selecting one of five specialized career tracks, as well as a regional specialization in China, Korea, Japan, Latin America or Southeast Asia, students are able to connect academic work with the leadership roles they’ll assume after graduation.

“Some of the biggest and most intractable challenges for the policy, scholarly and business communities dealing with international security and business, investment and political risk is what is going on in the Asia-Pacific region,” said professor Tai Ming Cheung, who teaches courses in the MAS-IA program. “Issues range from the great power competition between the U.S. and China and tensions in the Taiwan Strait to North Korea’s nuclearization and China-India border confrontations, and GPS has an unrivaled pool of faculty expertise to teach these issues.”

One current and one former student sat down with GPS News to talk about how their GPS degrees were a perfect complement to their military careers.

“Most people know what they want to do when they grow up, but I’m still trying to figure that out,” he laughed.

He was living in Texas and had plans to move to California to become a firefighter/EMT. And he happened upon an opportunity that piqued his interest while perusing job options online.

“I googled ‘fire rescue’ and results for ‘rescue swimmer’ came up, and I said, ‘What is a rescue swimmer?’” Harbeck said. “And three months later I was in the Navy.”

Harbeck said he has had what he referred to as a “very nonstandard” military career. He began as a rescue swimmer and commissioned as a naval flight officer shortly afterward, then moving to a number of other positions with different responsibilities as he was promoted.

“Most people pick a job and stay with it for 20 years,” Harbeck said. “I’ve jumped around quite a bit in the Navy and have been pretty lucky because it has allowed me to switch careers.”

And in order to advance his career, Harbeck began considering graduate programs — particularly after a friend recommended the programs at GPS.

“I was attracted to the MAS-IA program because the scholarship the military provides covered all tuition,” Harbeck said. “And so that was a great opportunity for me to not have the financial burden and also still get the theory I wanted to get.”

Harbeck noted that the opportunity to study under retired Vice Admiral Robert L. Thomas, Jr. — a 38-year Navy veteran who held a number of leadership roles, including commanding the U.S. 7th Fleet from July 2013 to September 2015 — was a huge draw to the program and his track, Security of the Asia-Pacific.

“As a lieutenant in the Navy, it is very rare for you to be able to walk up to an admiral and get their point of view, so having the access to him has been really eye opening,” Harbeck said. “If you’re in the military, the biggest problem is the great power competition, so Security of the Asia-Pacific is just the perfect place to be right now.”

Harbeck has already been selected to serve as a foreign area officer in Southeast Asia and will begin in that role after graduation.

“I couldn’t have picked a better degree for the career path that I’m on,” Harbeck said. “The MAS-IA degree and Security of the Asia-Pacific track is exactly what I need for my future career, and going into Southeast Asia, I’ll have a much better understanding of what I’m walking into thanks to this degree.”

Jade Reidy, a retired lieutenant colonel and MAS-IA ’22 graduate, first joined the U.S. Air Force in order to be a part of something bigger than herself. Her military career carried her around the world, first as a B1 bomber pilot and then moving into a career as a foreign area officer, where she worked in Beijing at the U.S. Embassy as an assistant air attache. She commanded an Operations Support Squadron and a Logistics Readiness Squadron before retiring in 2020.

“I’ve had a really wonderful career, and I learned a lot about leadership, operations, tactics and diplomacy. I became exposed to the importance of geopolitical strategy and policy during my embassy assignment. I valued the necessity of looking at decisions and their impact from a global perspective,” Reidy said. “And I think that experience piqued my interest to learn more about international relations. I wanted to better myself, especially when learning about China. I wanted to give something back.”

After a fulfilling career, Reidy began considering retirement — but still wanted to pursue a graduate degree in order to expand her expertise. So she turned to Google to find programs that fit her interests and background.

“I had a U.S. map on my wall with pins on universities with graduate-level China programs. My search criteria was, ‘Where can I learn the most about China?’” Reidy said. “And believe it or not, even though San Diego is a slice of heaven on earth, I was not looking for that. I was looking for China expertise. So what a wonderful surprise to come here and find top-notch China experts and a great cast of professionals to learn from.”

Reidy toured the campus in 2019 with her family and met two faculty experts — Thomas and Cheung — which she said “sealed my decision that it was time to retire and to grow, especially in terms of learning more about China.”

Reidy said that even though she gained valuable exposure to the People’s Liberation Army (PLA) during the five and a half years of her Air Force career when she was stationed in China, nothing compares to the academic rigor of GPS.

“Before I came to the program, I lacked confidence in communicating effectively about geopolitical strategy, especially if I was tasked to write a policy paper or policy briefing,” Reidy said. “It’s taught me how to properly research, ask critical questions and also look at scenarios and problem sets that we’re seeing all across the world through some interesting perspectives and frameworks.”

One of the standout courses for Reidy was a course she took with Cheung, who teaches a course on Chinese security, technology and innovation. During the course, Cheung shared insights from his recently published book “Innovate to Dominate,” which he was writing at the time.

“This book was a stellar backbone to the course, and I think anyone who is interested in understanding where China is going between now and 2050 needs to read this book,” Reidy said.

Reidy is now working as a staff research associate for the University of California Institute on Global Conflict and Cooperation (IGCC), of which Cheung is director.

“I love my work and I’ve enjoyed the research and exposure,” Reidy said. “Just a couple of weeks ago, I got to attend a conference, the Northeast Asia Cooperation Dialogue (NEACD), that was being held in Korea. It was a closed, multilateral conference with many different perspectives that you don’t usually hear. China, Russia, South Korea, Japan and the U.S. were all represented, and it was fascinating to hear the candid discussion when scholars and officials speak in their unofficial capacity when trying to solve the world’s problems.”

Though Reidy herself was retired when she started at GPS, she said she strongly believes in the value of the degree programs in international affairs for anyone on active duty.

“When I was on active duty, I spent most of my time on wing-level priorities, but most troops don’t have much training or exposure to learning about how world regimes operate,” Reidy said. “This program gives people a chance to really focus on, think critically about and grow in understanding of geopolitical matters. These skills are absolutely essential for our current and future military leaders to grasp, especially with regard to China.”

By Christine Clark
15 Mins read
Students and faculty from Scripps Institution of Oceanography and School of Global Policy and Strategy prepare to attend COP27 in Sharm El-Sheikh, Egypt
AlumniCareersDegrees