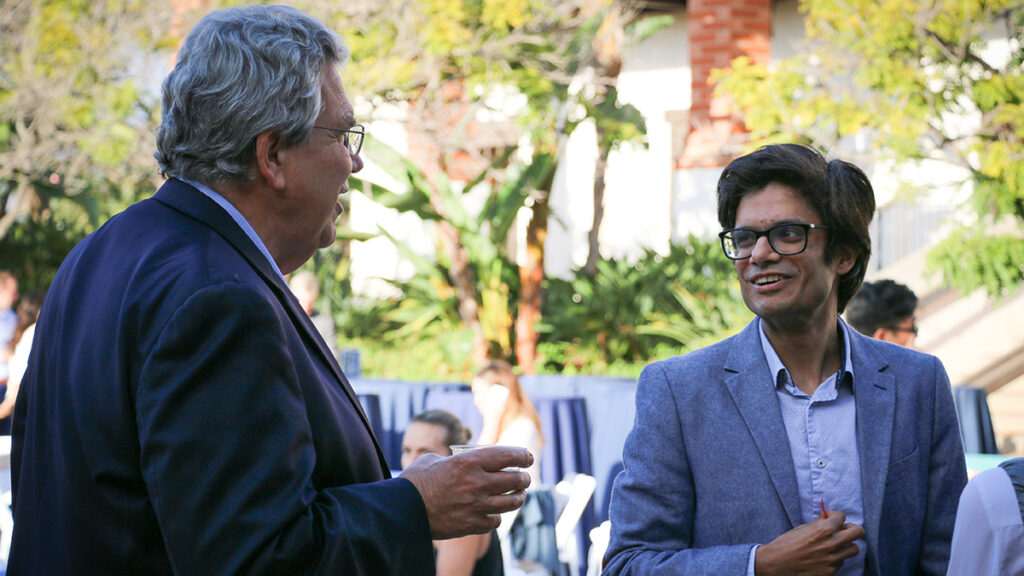 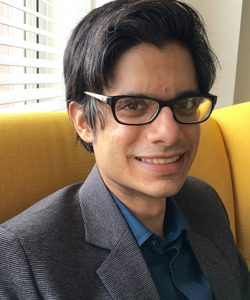 “Growing up in a developing country like India, one always wonders why some societies do better than others, and what are the best kinds of policies that help make people better off,” he explained. “Economics is just one way to answer such questions.”

As such, Khanna sought to tackle those unanswered questions and received economics degrees along the way from Delhi University, University of Oxford and University of Michigan. And, as the newest assistant professor at the UC San Diego School of Global Policy and Strategy (GPS), he is “all hands on deck” to get them answered through his work inside the classroom and beyond.

Fresh off a yearlong postdoctoral fellowship at the Center for Global Development (CGD) in Washington, D.C., we asked him what this type of fellowship means to a newly minted professor.

“At CGD I had the opportunity to interact with and present new research to the foremost migration scholars, plus elicit valuable feedback,” Khanna said.

Khanna co-wrote with Nicolas Morales a working paper at CGD titled “The IT Boom and Other Unintended Consequences of Chasing the American Dream” that is already garnering much media attention. The paper focuses on the impact of high-skill migration from India to the U.S., and is contributing to the ongoing U.S. debate about immigration policy. He and Morales offer evidence-based reporting that examines the relationship among migration, the IT sector and the economy.

This is just one of many research projects underway. As he explained, there are two other strands of his research: one that looks at education policy in India and another that centers around the economic drivers of conflict.

On the latter, he explained that he explores how governmental investment in fragile zones induce or reduce the likelihood of conflict.

“I’ve studied this in the context of rebel militias in India. Then, along with co-authors, we investigate the relationship between natural resources such as diamonds, oil and minerals and conflict in Sub Saharan Africa,” Khanna said.

Like many economists, Khanna develops and designs models to predict responses to changes in policy and market conditions when designing his research projects, and emphasized the importance of integrating powerful modelling with rigorous statistical analysis.