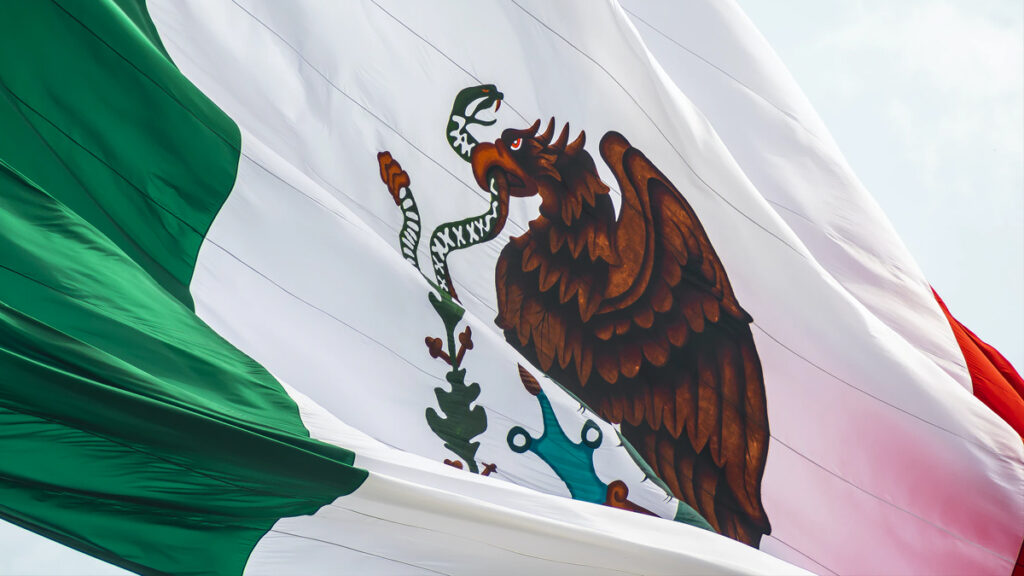 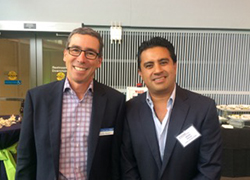 Alfredo Martinez very much so works behind the scenes.

The students he ultimately impacts may never see his face nor ever hear his name. But the curriculums they endure, particularly programs and courses preparing them for careers, are kept ahead of the curve due in part to him.

Since joining the Asociación Nacional de Universidades e Instituciones de Educación Superior (ANUIES), a nonprofit with the mission of advancing higher education in Mexico, Martinez has been involved in ANUIES’s council meetings that are the starting points for building relationships between ANUIES’s member schools and the private and public sectors to ensure institutions are tailoring their programs to best prepare graduate to thrive in their desired careers.

Beginning Oct. 1, Martinez is being given a bigger role behind the scenes as ANUIES’s director of business partnerships. It’s a natural progression in his responsibilities at the nonprofit—a steadfast two-month progression—because, among other qualifications, his profile fits hand in glove with ANUIES’s goals for students at graduation that is guaranteeing they’re “in the right moment at the right time.”

It’s a concept Martinez was fortunate enough to experience as a graduate of the UC San Diego School of Global Policy and Strategy’s (GPS) Master of Advanced Studies in International Affairs (MAS-IA) program.

“My main motivation about doing my master’s at GPS was to return to my country and put all of my strength and skills toward something to better my country,” he said. “Now, I’m living in Mexico City. The opportunities I have are because of my MAS-IA. … I was in the right moment at the right time.”

While there are around 3,000 higher-education institutions recognized in Mexico, only 179 of them are members of ANUIES, with the majority of those being public universities. The nonprofit, which translates in English to the National Association of Universities and Institutions of Higher Education, was founded 65 years ago.

In his new role, Martinez will work closely with Fundación Educación Superior Empresa, as the general director for the national nonprofit organization that promotes and coordinates collaborations between job sectors and high education institutions. Essentially, he will be the point man for ANUIES member schools to build partnerships in the private sector, working closely with deans to update degree offerings, programs and certifications to complement trends and emerging career opportunities in the sector as result of ongoing structural reforms in Mexico (i.e., fiscal, legal, energy and telecommunications).

He referred to Central Mexico’s budding automotive industry as an example.

“The different university and technology institutes have to work very close with the requirement that these automotive sectors want from the graduates in the coming years and months,” he said. “So I need to work very close with the private sector and the universities to identify the best practices for how students are going to acquire certain capabilities or knowledge that is going to be useful for the prospective jobs they’re looking for.”

Martinez has about 15 years of business experience in establishing relationships between federal and state governments as well as with private companies in Mexico. Prior to his enrollment in the MAS-IA program, he served as director of the University-Enterprise Center at the Universidad Autonoma de Chiapas.  (The MAS-IA program requires at least five years of professional experience to enroll.)

Pairing his professional experience with his bachelor’s of engineering, Martinez said the MAS-IA’s international political economy career track with a Latin American regional specialization was a fine fit for his professional development and career aspirations.

“Being at GPS with this background gave me an excellent perspective for understanding the challenges and opportunities in Mexico after the program,” he said. “Coming back to Mexico, I really understand future opportunities in the private sector such as energy, oil and renewable energy. It’s easier to identify opportunities from Mexico City or the educational system I’m working in now about how we can deploy some opportunities to have a better integration in those areas.”

He adds a part of this new perspective also was formed through GPS’s Center for U.S.-Mexican Studies, which he tapped into as an MAS-IA candidate, and thanks to UC San Diego’s convenient location near the border.

Beyond those program strengths, Martinez said GPS also was a solid choice for him as a family man—he’s a husband and father of a two- and four-year-old.

“I was looking for a balanced environment for my family and an educational challenge. … With my wife, I visited three different schools before accepting GPS,” he said. “In the first moment we got to San Diego, we said, ‘This is the place we want to live with our kids.’”